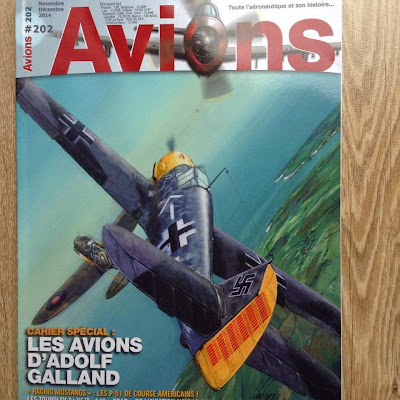 Apologies for not posting this when it was published at the end of last year. Avions issue 202 (Nov/Dec 2014) featured an exceptional 27-page piece on Adolf Galland's aircraft (from his He 51s to his Fw 190s and Siebels!) with some super photos and artworks courtesy of Thierry Dekker.

Can't recall having seen his Stab./JG 27 Emil with this variation on the 02/70 finish (?) - filing this one as reference for another great Bf 109 model subject.. 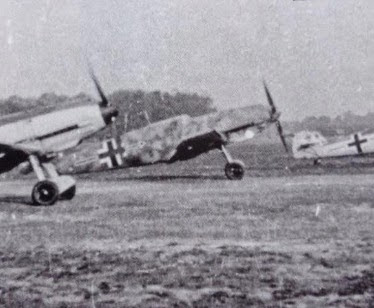 "..during this period - May-June 1940 - I tried out a new grey-green camouflage finish on my aircraft. Unfortunately my machine was frequently mistaken for one of the rare Hurricanes which showed up now and again..One day I nearly paid the price.."

Stab./ JG 27 start their take off run during May 1940; from left to right, TO Oblt Gustav Rodel's "T and bars", Hptm Galland's WNr 936 (Gruppenstab Ia-Offizier) and the "chevron bars" of Gkr. Obslt. Max Ibel 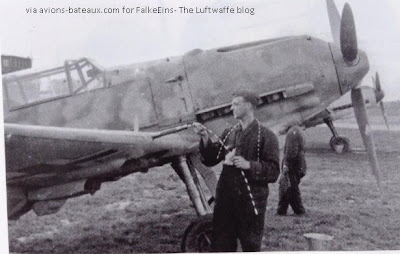 Much more on Galland's aircraft on this blog