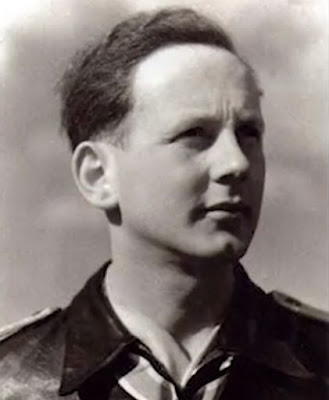 ..from Dan Snow's Historyhit.tv on FB

".. Big day today. In partnership with historian Rob Schäfer we are taking 95-year old Luftwaffe ace Hugo Broch (81 Soviet aircraft kills in 324 combat missions) up in a Spitfire for the first time, flying from Biggin Hill airfield in Kent, England. He hasn't flown in a single-seater since 1960. We believe that this is the first time post-war that a German Luftwaffe ace has gone up in a Spitfire. He will be one of the very few men who have flown the Me 109 in combat and a Spitfire in peacetime. Looking forward to having his opinion of which was best!! " 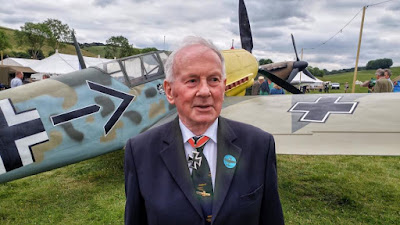 I think we can guess what he said. He loved flying in the Spitfire, a joy to fly and handles better than the Bf 109, but would still take a Bf 109 over a Spitfire any day.. 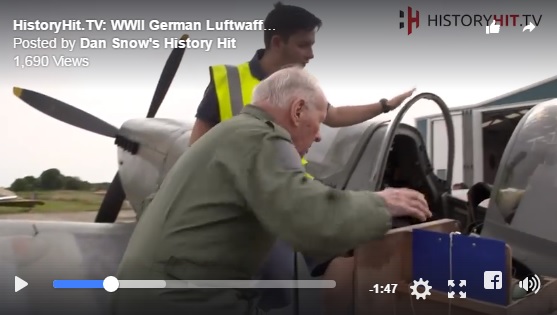 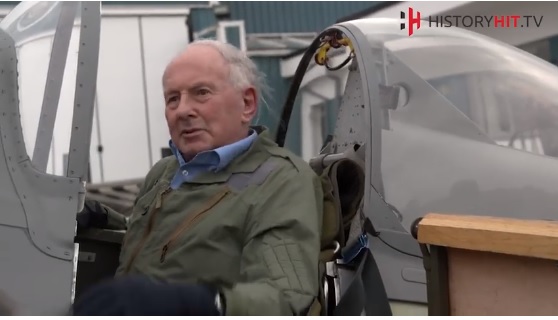 Well in the event Herr Broch declined to take controls....but watch the video below.. 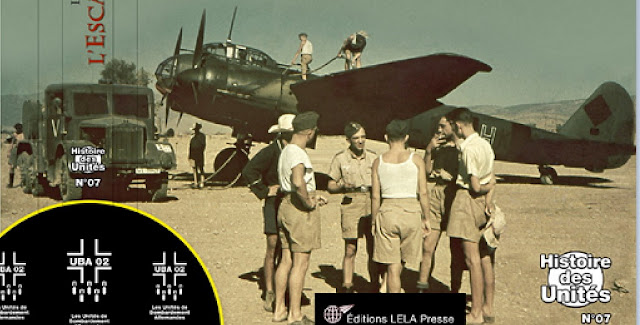 pre-orders being taken, with free shipping until publication. Due October 2017.

Lehrgeschwader 1 (Experimental or ‘demonstration’ Bombing Wing 1) was one of the first units established in the new Luftwaffe shortly after 1933. Primarily equipped with the He 111 at the outbreak of the Second World War the unit was multi-purpose, deploying a Gruppe of Bf 110 Zerstörer and another of Ju 87 Stukas. It took an active part in the first Luftwaffe campaigns (Poland, Norway, France ...) before being re-equipped with Ju 88 bombers, which it retained exclusively until 1945. Deployed early on in the Mediterranean, LG 1 would immediately prove to be one of the most formidable and feared opponents of the Royal Navy. Under the orders of Kommodore Helbig, the Helbig flyers as they were dubbed were responsible for sending many Allied ships to the bottom. Notable actions included the sinking of three large transport vessels Clan Campbell, Clan Chattan and Rowallan Castle from the convoy MW 9, during attacks on 13–14 February 1941. On 22 May 1941 during the Battle for Crete, LG 1 Ju 88 pilot Gerd Brenner finished off the RN cruiser HMS Fiji with heavy loss of life (see below) III./LG 1 also damaged the Australian destroyer Waterhen on 9 July 1941, sinking it on 11 July. The Geschwader supported the Afrika Korps effectively in Libya and Egypt until 1942. Bombing raids were made on the Suez Canal, Cairo during this time. On 11/12 May 1942 I.(K)/LG 1 again led by Helbig were responsible for sinking HMS Kipling, HMS Jackal and HMS Lively in the Gulf of Sollum. This Volume I is a new updated French-language edition of Peter Taghon’s original German study with additional text and photos by acknowledged Luftwaffe expert Jean-Louis Roba. Volume 1 describes in detail the first years of combat of LG 1, the text being fleshed out with numerous rare personal accounts. Pre-order here 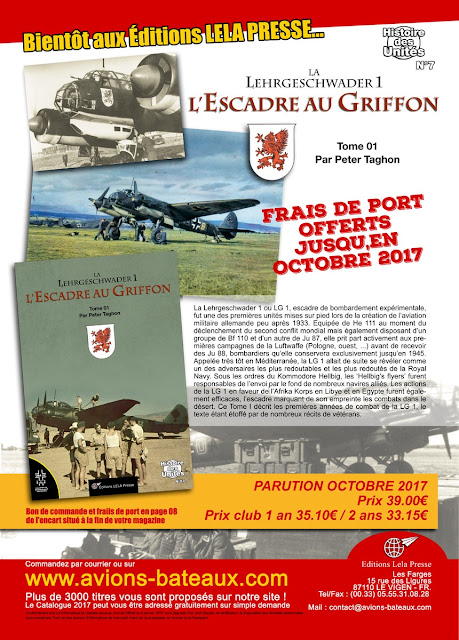 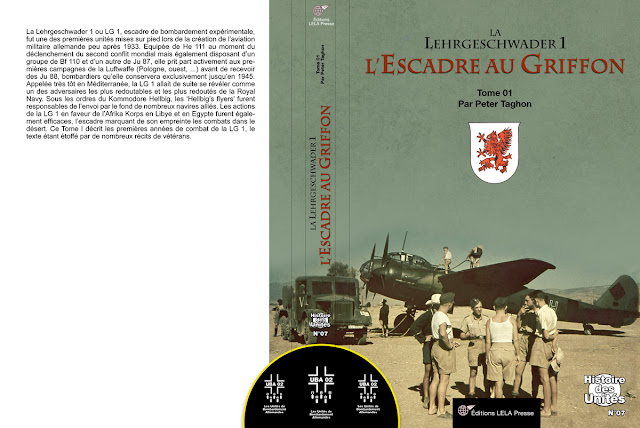 Below; Iro Ilk Staffelkapitän of 1./LG 1 during 1943 and bomber ace at the controls of his Ju 88. Both Ilk and his close friend in LG 1 Gerd Stamp were awarded the Knight's Cross with I./LG 1 for audacious attacks on British shipping in the Med, before going on to fly single engine night fighters with the wilde Sau. Ilk was shot down and killed by Spitfires as Gruppenkommandeur III./JG 300 on 25 September 1944. Post-war Stamp achieved high rank in NATO and married Ilk's widow. 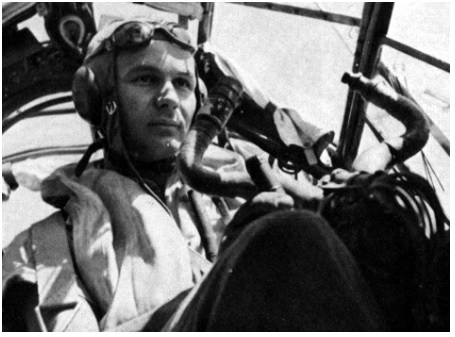 The following is the text of a letter sent to HMS Fiji Survivor, ex-Boy Seaman Reg Verne by Gerd Stamp in 1986:

Thank you very much for yours of 31st October 1986. Let me first mention that I admired your compilation of HMS Fiji news to a scrap book, from which every reader can learn a lot. I was about to write to Admiral William Powlett, but you say that he remembers almost nothing of the 22nd May 1941.

I saw your ship from above, and I dived at her during the early afternoon. However, I am not quite sure if it wasn’t the Gloucester. It must have been during that attack that the Fiji shot down one of our aircrew, who never returned.

The pilot was the son of a Luftwaffe general. Another pilot's JU 88 was hit by the Fiji’s anti-aircraft fire. He force landed near Monemvasia. He is still around and when I told him on the phone about my contacts to Fiji Members, he immediately replied that he was shot down by your anti-aircraft

His engines were fading and near Monemvasia he had to swim. The pilot, who dropped the final bombs on Fiji, was a close friend of mine. I enclose a photograph, but you will get a better one as soon as I shall have copies made. His name was Gerhard Brenner, born 1918 at Ludwigsburg near Stuttgart. He was a cheerful chap, full of humour. He loved girls and he was constantly fighting his 8 years older sister, who is still around.

On 14 June 1942 Brenner attacked a cruiser ‘Vigorous’ south of Crete. His JU 88 was forced to land north of the convoy in a high sea. We shadowed him for 3 days but had neither helicopters nor a ship to rescue him. Seaplanes could not land on the high waves. On the fourth morning the sea was calm and flat, the rubber dingy was empty. The only thing left is his voice on a tape.

I had no time yet to make a written transcript as he described his final raid against the Fiji, you will certainly get a copy.

My research is a one man band, and it takes time to answer all these letters. I got stuck in the middle of February 1941 as I had to move with all my documents and files into another flat, which is less spacious. 22nd May 1941 might became a book of its own, as it was the first great air-sea battle in the history of mankind ..." 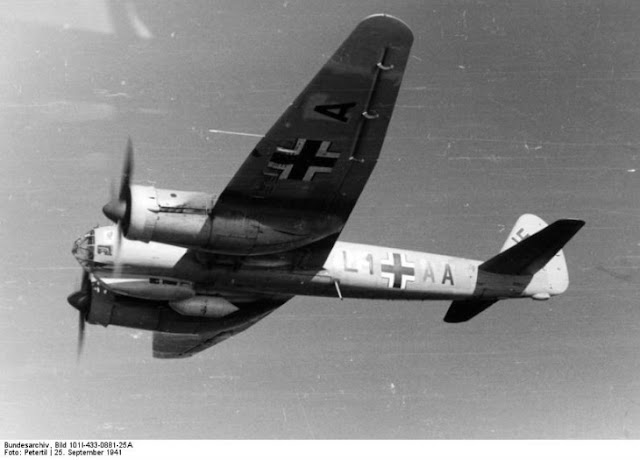 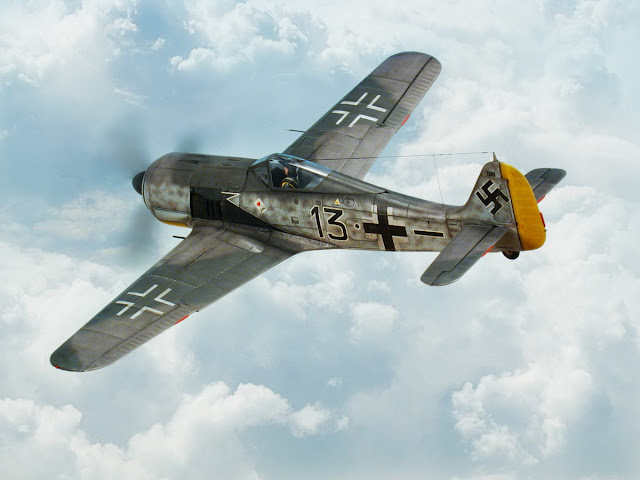 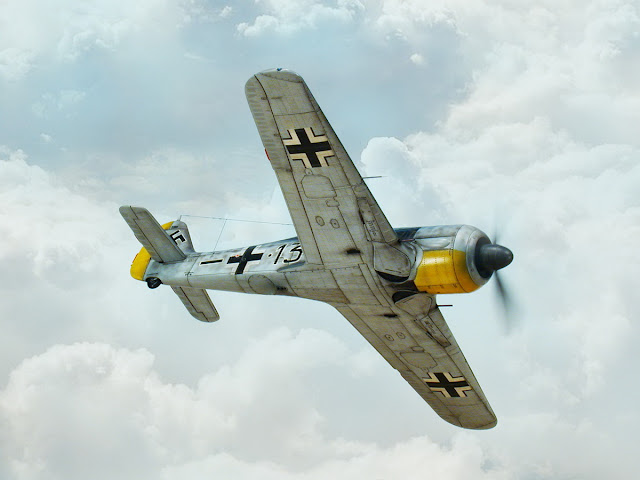 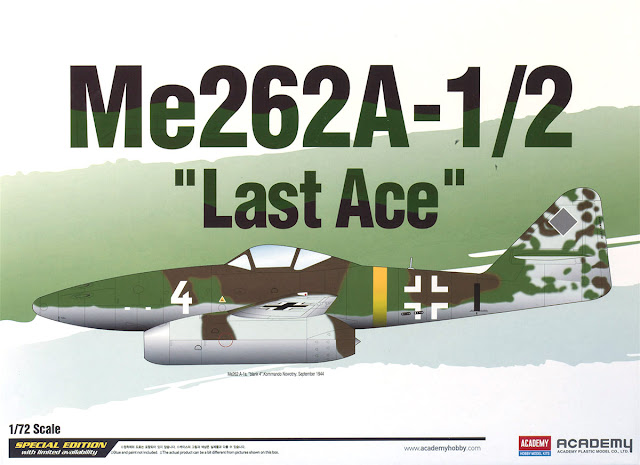 A new issue from Academy. Nicely timed to steal some of Airfix's 'thunder' as they prepare to release a real 'new-tool' Me 262 in 72nd, this Academy tooling was first released back in 2007! It is reasonably detailed but as with a number of Academy WWII kits the basic outline shapes are a bit off; the fuselage is rather fat and wide with an overly bulbous nose. The Academy glazing is, for example, far too wide for the Revell kit. I had a cracked Revell canopy and needed to replace it - not possible with the Academy canopy which also happens to be a tad 'flattened-out' at the top. Still, you get two sets of tail parts in the box, one for the rocket-powered Heimatschuetzer variant -albeit inaccurate -and the decal sheet is good, although in this release doesn't feature the rocket-boost variant. However quite who the 'ace' in 'white 4' is we'll never know ! The yellow fuselage band and the well-known “snake” or 'tadpole' camouflage pattern on the tail fin assigned to Kdo. Nowotny is another Luftwaffe 'myth' that refuses to die! The Galland machine is given as 'white 3' whereas more recent photographic research for his 'white 5' is now widely known - see the picture/artwork in Aces No.3 in my last post. Personally I'd check out the new Airfix release first (due imminently) - and at quite a bit less than the cost of this one too no doubt. 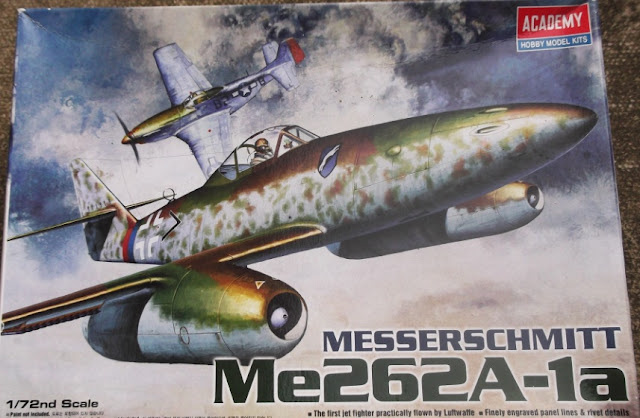 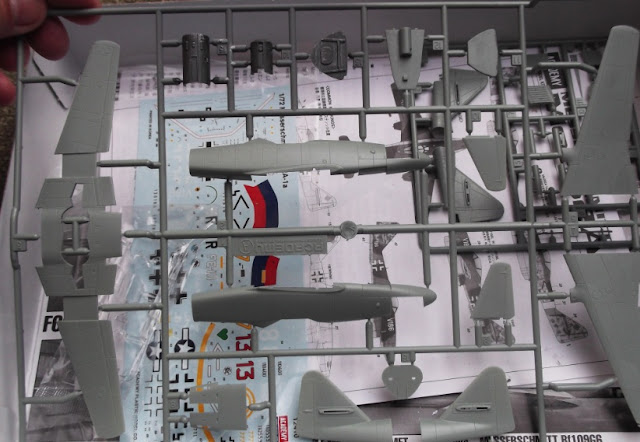 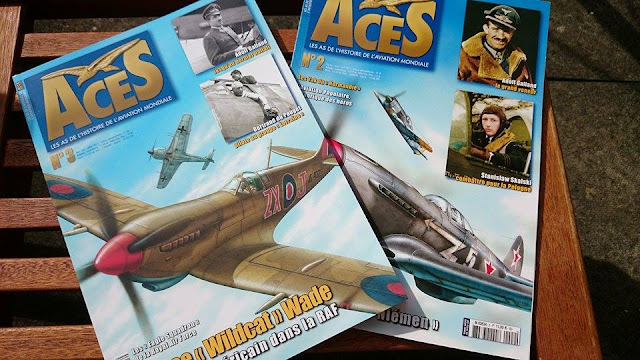 "Aces" is the quality new quarterly aviation title in French from the leading independent publisher Heimdal under the stewardship of Georges Bernage ("39-45 Magazine") and the latest issue (no. 3) has just arrived. Editors-in-Chief are Many Souffan and Jean-Charles Stasi both well known for their diligently researched books and articles. Contributors include well-known 'specialists' such as Arnaud Prudhomme, Phil Listemann and Jean-Yves Lorant.

This is an excellent title - 100 pages, A-4, card covered, 11 Euros, French language. Front page feature in No. 3 is the American RAF ace Lance 'Wildcat Wade'  - a dossier full of insights and new info and photos over 36 pages.

Below; two-page spread extract from issue No.2 feature on Stanislaw Skalski, interviewed by author Souffan in Warsaw in the year 2000. 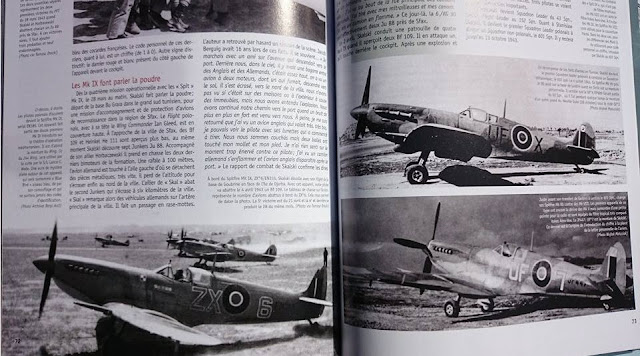 In their latest editorial the editors acknowledge the point raised in my previous report and have elected not to confine themselves to bios of aces within the strict meaning of the term (five victories). Issue no. 3 thus features some welcome features on lesser known airmen such as Bertrand du Pouget, bomber 'ace' of the Groupe de  Bombardement 'Lorraine' while Many Souffan retraces the career of 249 Sqn Hurricane pilot Henry Bouquillard, one of the small troupe of French pilots to fly during the Battle of Britain. Later wingman to René Mouchotte, Bouquillard was the first Free French pilot to score a victory over a German bomber - a Dornier 17 of 6./KG 2 claimed as a probable on  16 October  1940 - and the first to be killed in combat in the RAF. 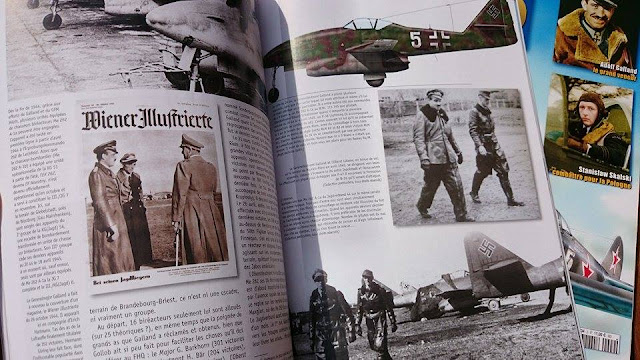 While many leading aces careers have been dissected over and over, 'Aces' the magazine has undertaken to bring new and undiscovered facts, photos and artworks about the leading aviators in the history of air combat - and their machines - to a wider audience under the by-line 'Get closer to the aces and their machines!' Issue no. 3 completes a long bio of Adolf Galland detailing his career as General der Jagdflieger. Part One of this feature appeared in issue No. 2. 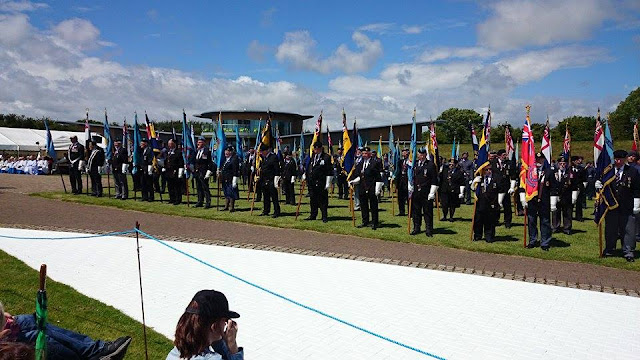 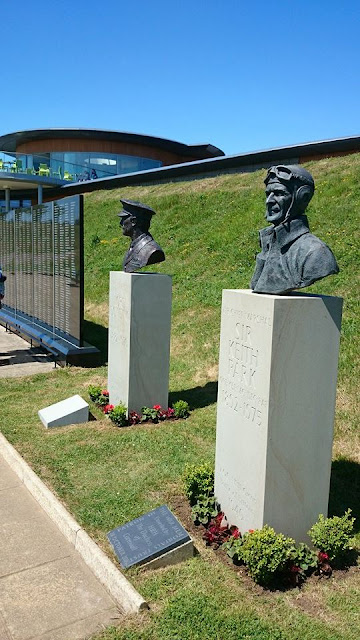 The bust of one of the masterminds of the RAF's victory in the Battle of Britain has been unveiled this week by Prince Michael of Kent and Air Chief Marshall Sir Hugh Dowding's daughter-in-law Lady Odette Dowding at the Capel-le-Ferne Battle of Britain memorial to the 'The Few' near Folkestone. Sir Hugh Dowding is credited as the man who ensured the RAF had a critical advantage in the famous air combat which took place over the south of England during the summer of 1940. The bust was sculpted by Will Davies whose bust of Sir Keith Park is also at the memorial. Park was tactical chief during the Battle and looks right, over the Channel out towards France and an incoming raid. Dowding's bust looks left towards the memorial Wall, which has inscribed on it all the names of the RAF pilots who took part in the Battle , the men he described as 'my fighter boys'.

According to some "Dowding ranks with Nelson and Wellington as the saviour of Britain at its time of need". Primarily known as head of Fighter Command during the Battle, he had stood up to the Air Council and Churchill to prevent Fighter Command being sent to France in large numbers and being destroyed. During the pre-war period he was head of the technical branch leading the push for radar and integrated it into a fully operational integrated air defense system - the world's first. His command was at the forefront of developments in radar (or RDF - radio direction finding) and a control system for his squadrons to use their maximum capacity possible. Importantly he enjoyed the great respect of his pilots and ground crews. Hugh Dowding passed away in 1970 at his home in Tunbridge Wells, Kent. 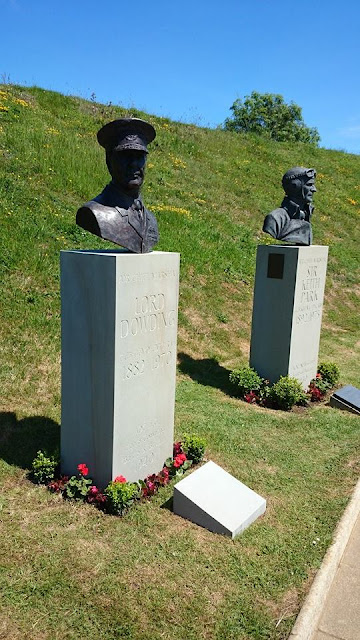 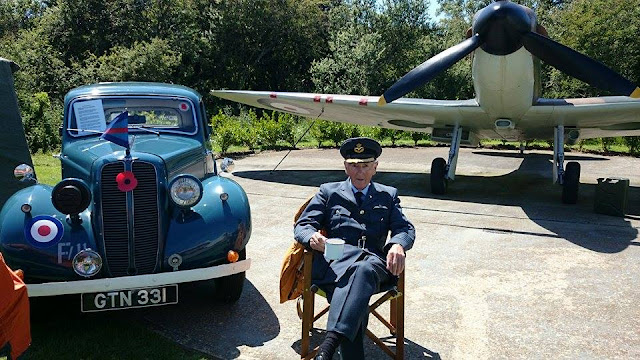 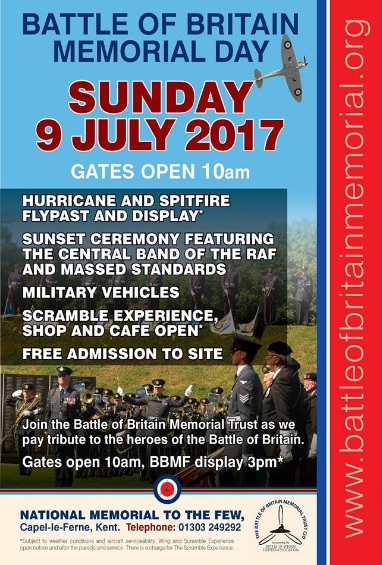