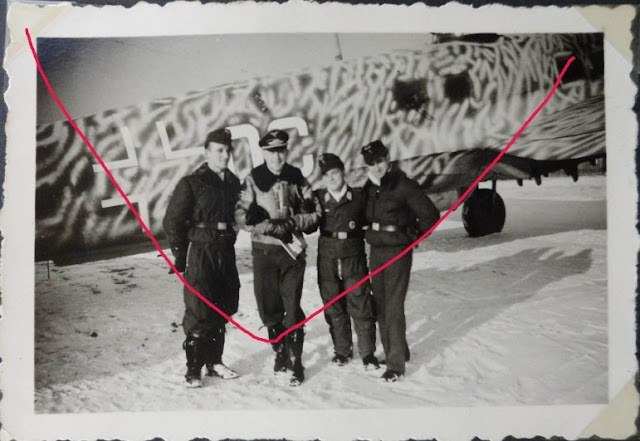 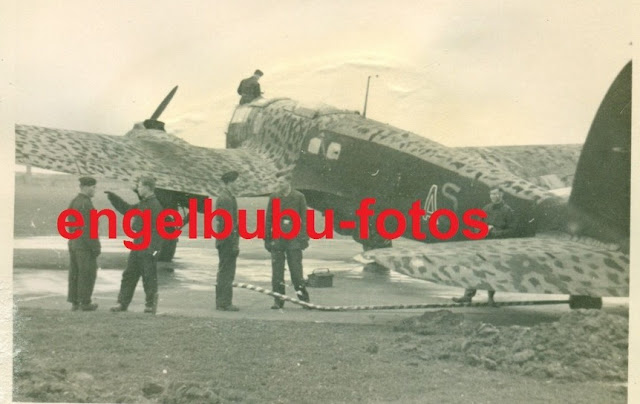 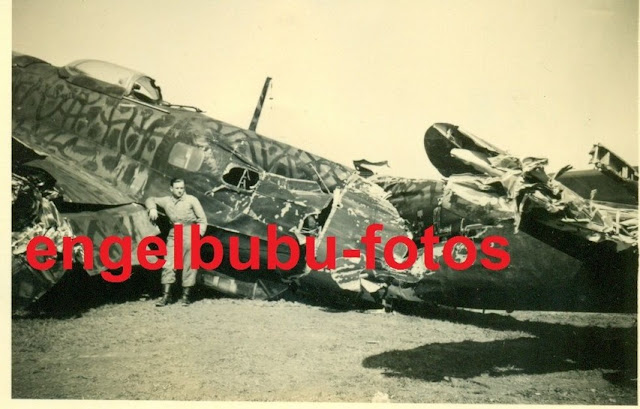 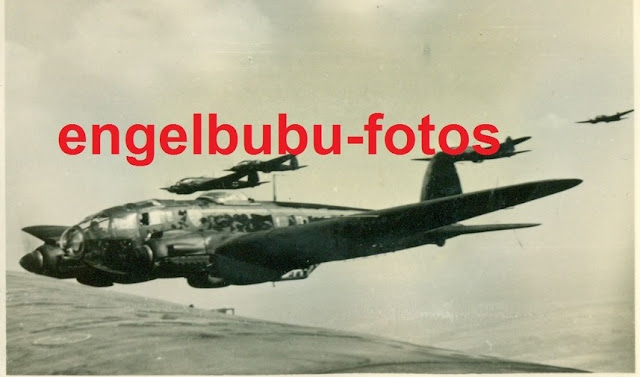 on offer via Manuel Rauh here at the time of posting. Click on the images to view large. 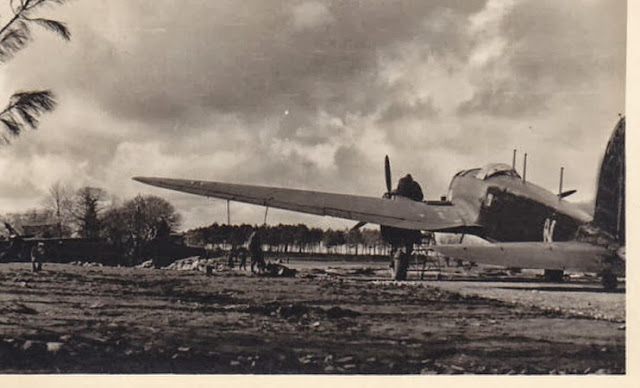 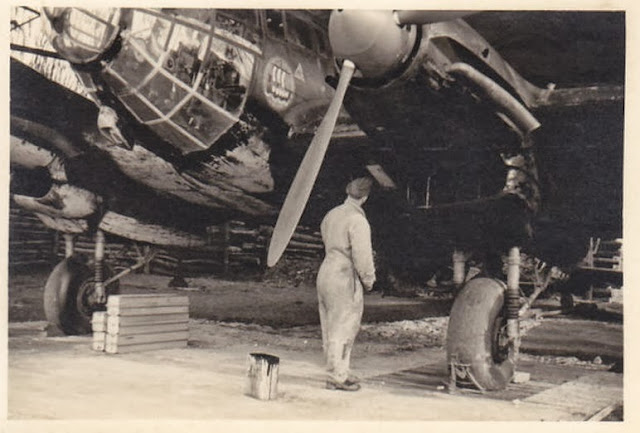 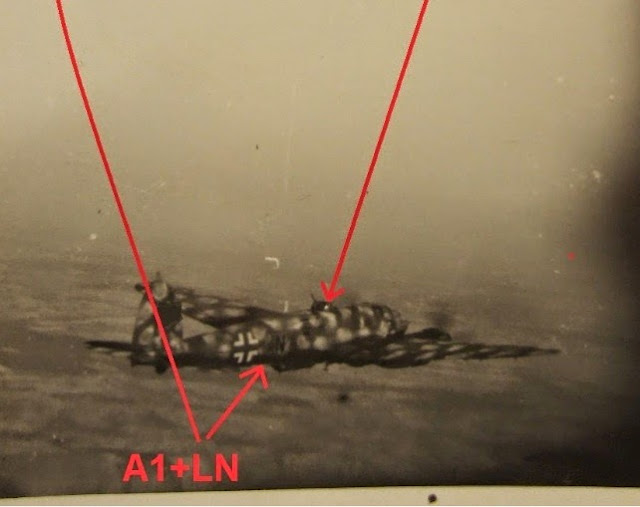 Below; KG 53 machine - captioned in the album as "My crew - from left to right..". The second image caption reads  " Taken just before a mission - 'A1+BN' abgesturzt  (crashed). Nice view of the dorsal Drehlafette rotatable turret, so probably an H-16/ R1, the designation for the DL 131 electrically powered turret with a single MG 131 in the B-Stand (dorsal) position, standard on the last major production variant, the H- 20. 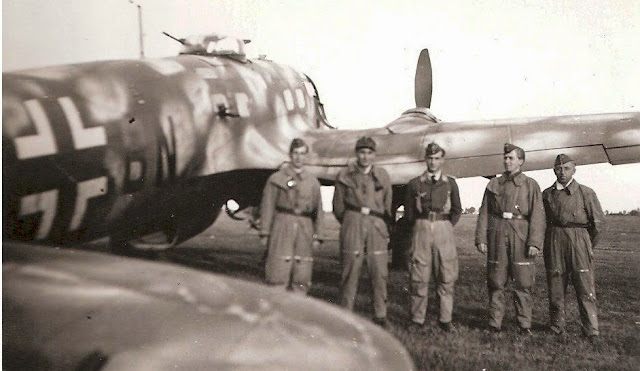 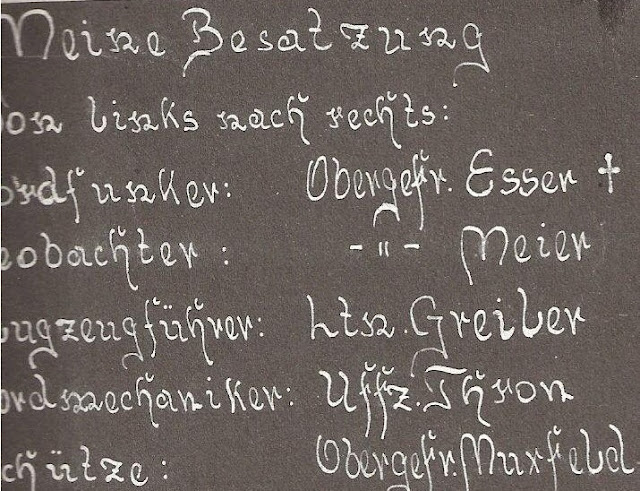 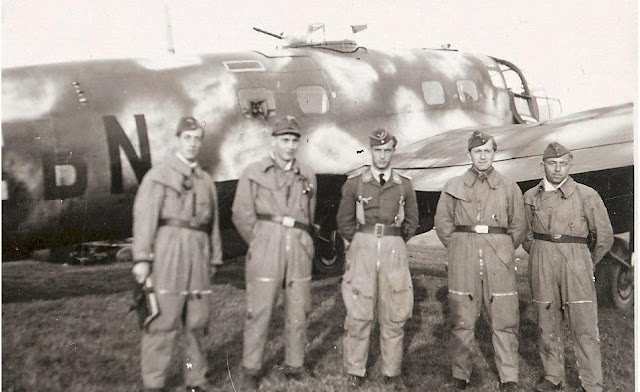 Camouflage appears to be (likely 76) blotches and black under surfaces. And my first thought was that this also applied to the KG 26 machine in the image below. 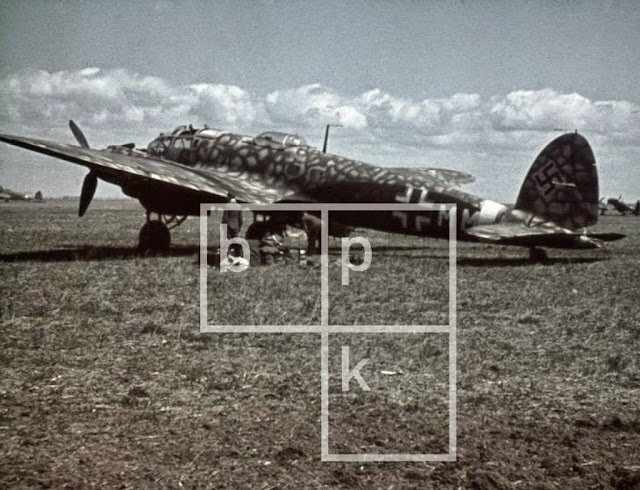 " ..Now regarding the color photo above, I'm starting to think that it's an old Heinkel that was originally painted in RLM79 and later was given an overspray with 70, 71 or 80. I realize RLM 79 seems strange at first, but the photo is quite faded and the color would be faded as well. But it does have a warm cast to it. Besides, RLM79 is the only color I can think of that light, that would be so carefully applied on a Heinkel that the canopy framing would be painted as well. The white tailband is another clue that we're dealing with an aircraft related to operations in the MTO. In other words, I don't think it has anything to do with the other ones.. " 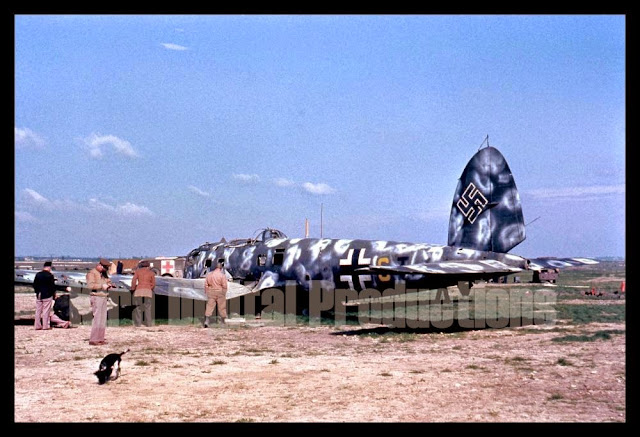 more squiggles; light (possibly 76) over darker 70/71 finish which virtually all He 111s must have been finished in from the factory. 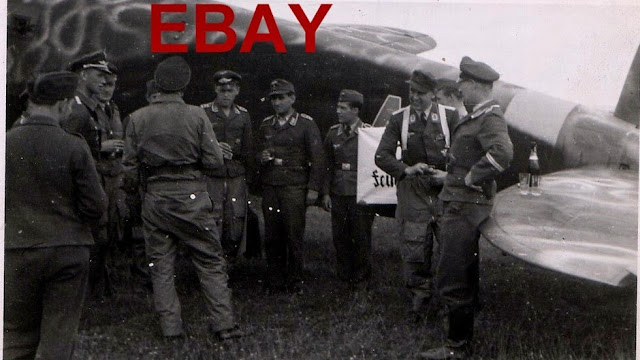 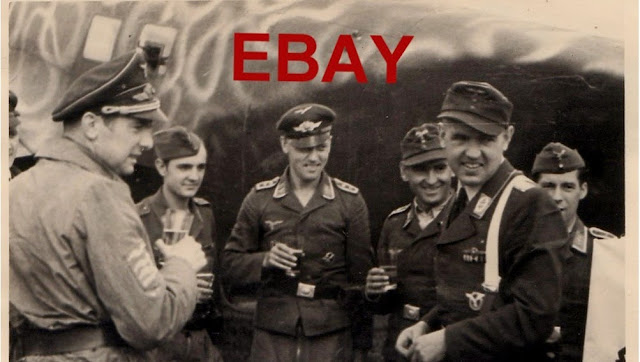 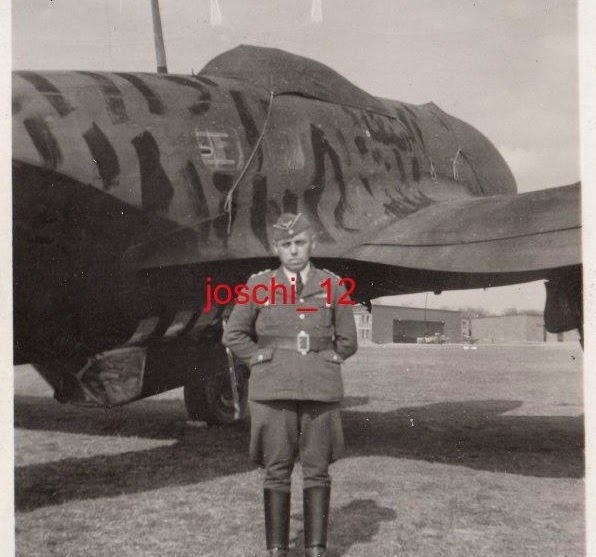 below; unusual Wintertarnung - He111 H-16 coded G1+FK of 2./KG 55 taken over Charkow Sud in July 1942 according to the seller. However  the first test flights at Rostock with the He 111 H-16 variant took place in December 1942. The first loss report mentioning the version He 111 H-16/R1 with the dorsal all-glazed DL 131/1C turret is from December 1943. So this image ..+FK dates most likely from that winter  when He 111 Gruppen in the East applied similar camouflage. 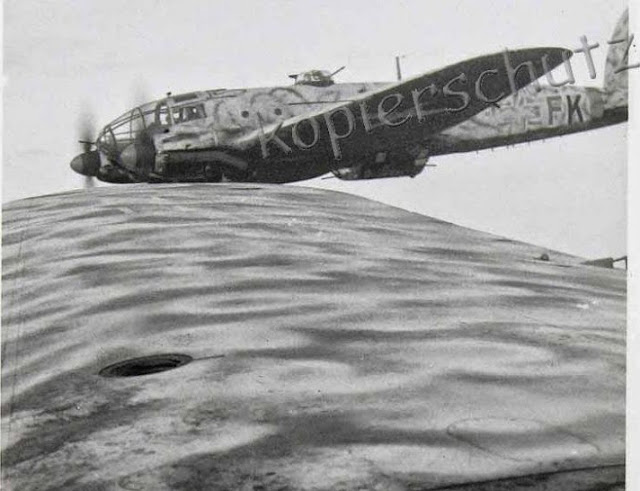 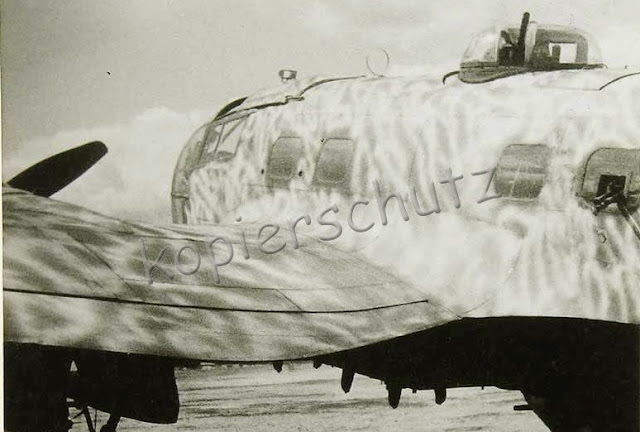 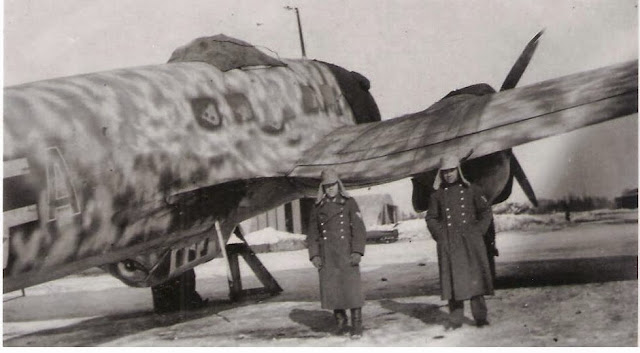