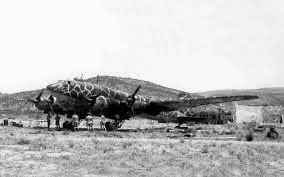 Two photos of a TG 4 Fw 200 Condor in an unusual Tarnmuster and displaying the Verbandsabzeichen of KG 40 were published in the Leser-Forum of Jet & Prop magazine 3/03  some twelve years ago via Bill Marshall. These images were taken on the island of Rhodes several months after the end of the war in Europe -resupply flights from Germany to Rhodes only ended in the spring of 1945- and show Fw 200 C-3/U7, WNr.0226, Kennung G6+FY, of 14./TG 4, the so-called Sonderkommando Condor. Note the over-painted Balken and Hakenkreuze and the feathered prop on the inboard starboard engine in the image below..the code is partially visible under the port wing. 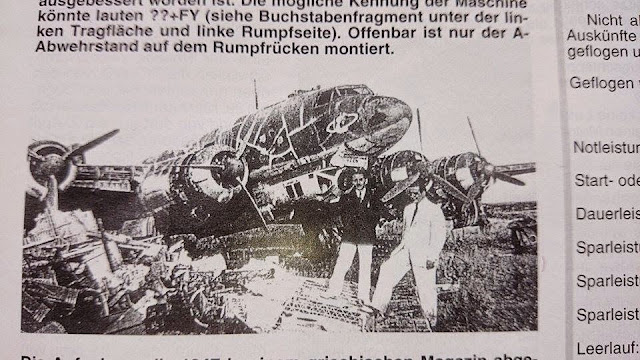 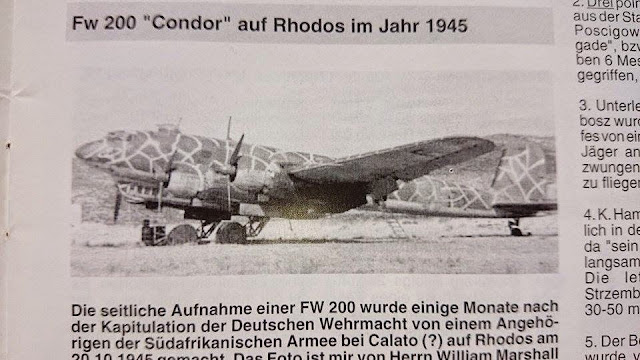 "My grandfather was stationed on Rhodes in 1945 after the German surrender.  I think he was part of "10 SPS", having transferred from 178 Squadron in Palestine.  The unit spent most of the time enjoying the island, waiting to be transferred to the Pacific or home. He remembers the airfield well.  There were 3 Fieseler Storchs and a single FW 200 Condor: This (was) supposedly a mail plane, fuelled up to the brim. His unit managed to get two of the Storchs flying, which they used to jolly around the island in.
He recalls the Condor and it's crew, having 'captured' them (i.e. gone to pick them up, to take them into captivity) with a fresh faced Officer just out from England. ....the Condor was left to the South Africans who managed to get it running: They flew it around the airfield, before one of the engines packed in and they had to return to Kalathos: On closer inspection, the German crew had contaminated the oil with sand and the remaining engines were all damaged beyond safe use."

'New' images of another similarly camouflaged and crash-landed TG 4 Condor are currently on offer on ebay.com, this example apparently coded G6+AY. According to the inscription on the reverse of the images the location is in Germany. More info on this particular machine on the TOCH thread here 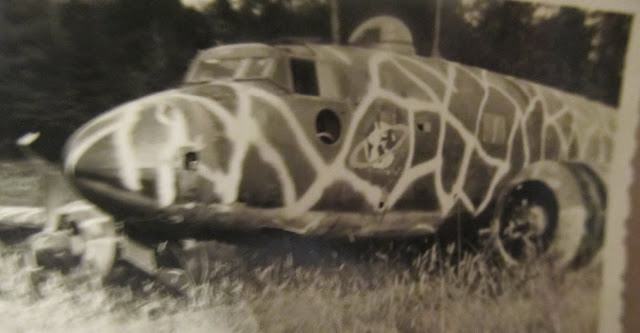 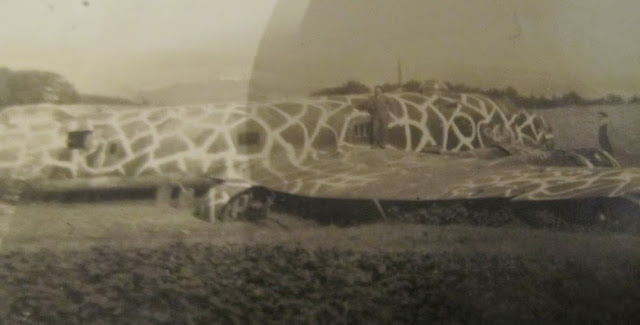 neat model build of the Revell 72nd kit on modelforum.cz 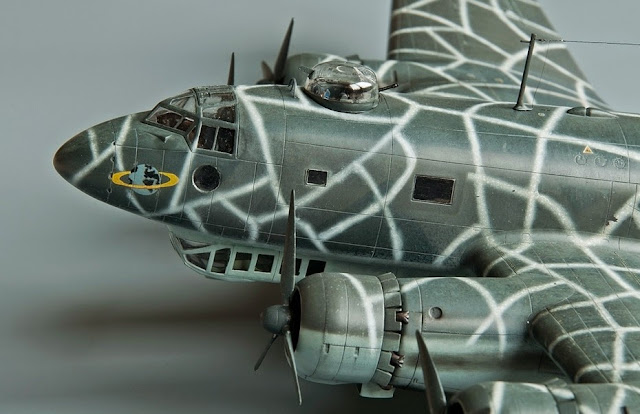