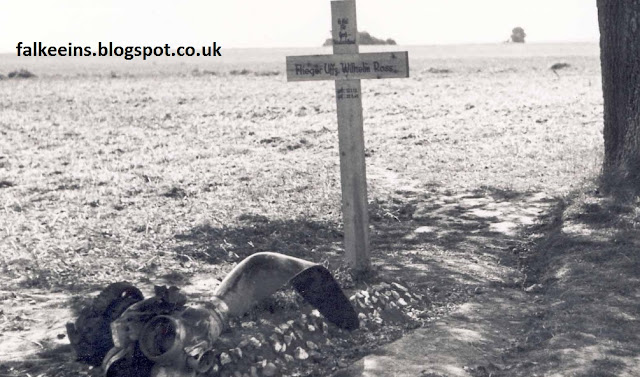 Roadside grave in northern France of Uffz. Wilhelm Ross shot in cold blood after jumping clear of his stricken III./ZG 26 Bf 110 on May 20, 1940. 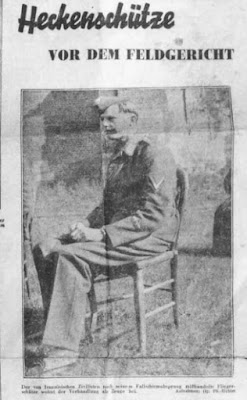 On May 20, 1940, while flying an escort mission for He 111s on a bombing mission to Beauvais, two Bf 110s of III./ZG 26 were shot down by Sgt Edouard Le Nigen of GC III/3. One of the twin-engine aircraft crashed in Luchy along the Amiens-Beauvais road, the two crew successfully bailing out of their stricken machine. The aviators touched down in a field between the road and the hamlet of Rougemaison. The pilot, Uffz Wilhelm Ross, was then attacked by refugees before being shot in the head by a French soldier or officer, whose unit in retreat was apparently on the road in the same refugee column, possibly intentionally. A sergeant in charge of the 106th artillery regiment held off a baying crowd, which enabled the radio operator/gunner, Gefr Alfred Wetzel, to avoid a similar fate to his pilot.

left; Gefr Alfred Wetzel, a witness at the Luchy trial during September 1940

Wetzel went into captivity and was released after the fall of France. Ross was briefly buried by the roadside for a while. With the end of hostilities on the continent, an investigation was conducted by the German authorities.

Ross was not of course the only German airman murdered by military or civilian personnel on the basis of a foolish and criminal order promulgated by the French military authorities according to which any 'paratrooper' had to be shot. The order in question was 'reviewed' on or around May 20 after several French and British airmen were killed by 'friendly' fire. Despite the repeated occurrence of these gratuitous crimes, the German authorities apparently had little desire to make publicity out of them, possibly to avoid memories of those few snipers of August 1914 whose disordered actions had led to bloody uncontrolled and disproportionate reprisals in Belgium as well as in northern France.

Somewhat unusually the 'Luchy case' resulted in a 'show trial' that would attract media attention.

As the responsible French soldier had not been identified, a local farmer Alfred Mullot who lived in Rougemaison was charged with the crime. Mullot had seen the German aircraft coming down and had been quickly on the scene with his shotgun. He had been denounced by another local as the murderer. The 'witness', an agricultural worker, apparently wanted to 'settle a score' following a humdrum village dispute. Mullot was arrested on August 2, 1940 and imprisoned for a time in Ghent. 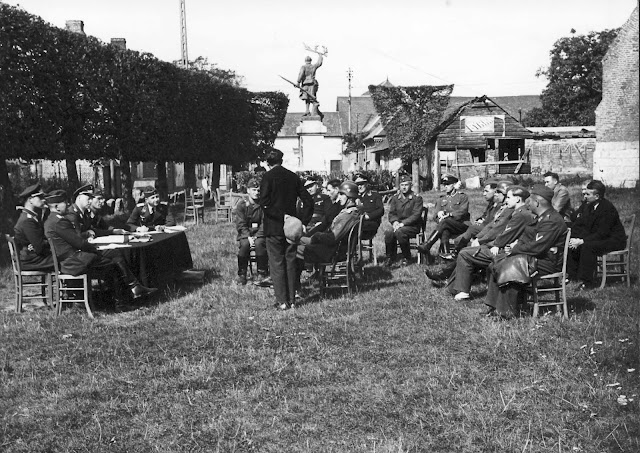 Brought back to Beauvais, he was put on trial in a very theatrical manner on September 12 in the village square of Luchy itself. Photos taken at this "trial" were widely published in the press. Although Bordfunker Wetzel, a witness at the 'hearing', stated that he did not recognise Mullot, the farmer was nonetheless sentenced to death. However, his sentence was soon commuted to five years in prison. After a year and a half in the Reich, he was sent back to Luchy (where he died in 1980). Mullot's release demonstrated that, in the end, no one had seriously considered him to be the killer and that the 'Luchy trial' was something of a farce. 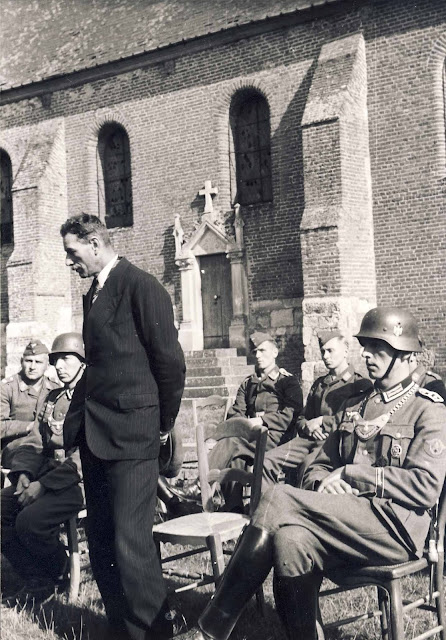 (Farmer Mullot accused of murdering III./ ZG 26 pilot Uffz. Wilhelm Ross on May 20, 1940 at his 'trial' - the newspaper caption read " I was only following the orders of the Prefecture"...) 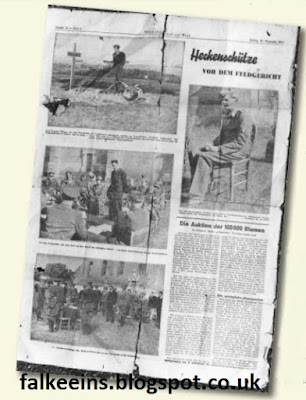 However, his release raised a number of questions. Why did the German authorities expend so much unnecessary energy on this 'show' trial when a simple examination of Ross' remains would have revealed that he was killed by a bullet fired by a soldier and not by Alfred Mullot's shotgun? Why even use such publicity to condemn an innocent man (even if, according to how events could have played out, Mullot might well have acted in the manner of a 'franc-tireur'). After all, far less coverage was given to the four civilians sentenced to death and executed after the murder of a KG 54 crew at Vimy on 18 May 1940. Was the Luchy trial the 'unfortunate' initiative of a local German official... the answer to this and other questions will probably never be known. 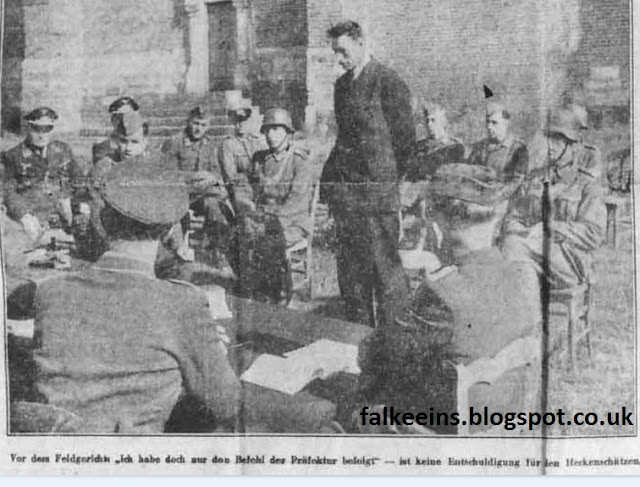 Extracted with permission from Jean-Louis Roba's new history of III./ZG 26 published by Lela Presse. Free shipping on this title up to 10 January 2020. Go to the Lela Presse website for pdf extracts and ordering info.

Best wishes and Happy New Year/ Meilleurs Voeux to all friends and contributors at Lela Presse!
Posted by FalkeEins at 05:37 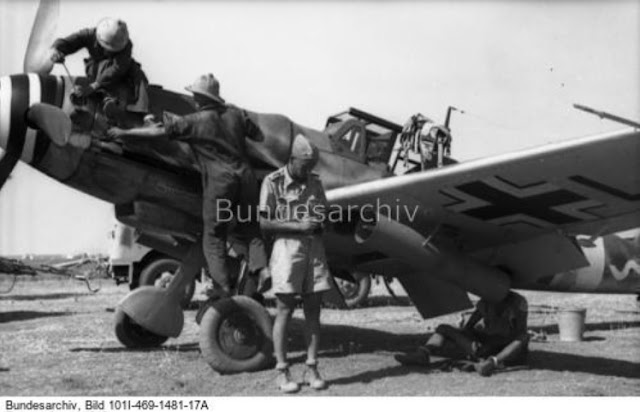 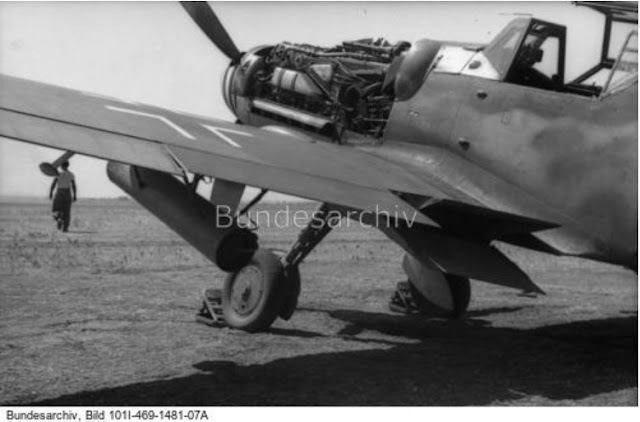 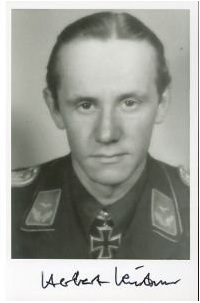 Oblt. Herbert Kutscha (left) earned his Knights Cross with II./ZG 1 in the East (see link below). He briefly led IV./JG 3 in the air during early 1944, 83-victory ace and IV. Gruppe Kommandeur Franz Beyer having been shot down and killed on 11 February 1944 (a successor not immediately appointed). IV./JG 3 operated in concert with the Sturmstaffel from Salzwedel during February-April 1944. Kutscha would be shot down by P-47s near Venlo on 23 February 1944 and was out of action for several months. 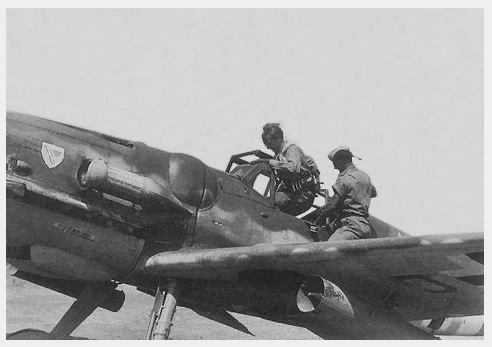 more on Kutscha on this blog