..only a Buchon ....but it was great to see some actual aeroplanes in the air again at the Battle of Britain air display put on by Spitfire operators Aero Legends at Headcorn aerodrome, Kent, on Friday 25-Sunday 27 June. Despite some indifferent weather on the Friday and a complete wash-out on the Sunday the weekend's flying was superb. While Saturday was mostly hot and sunny, the Red Arrows show opening and closing displays were both cancelled. Saturday's finale of ten Spitfires and a Hurricane being 'scrambled' to counter the raiding Bf 109 was quite special - as good as anything I've seen at Dx. 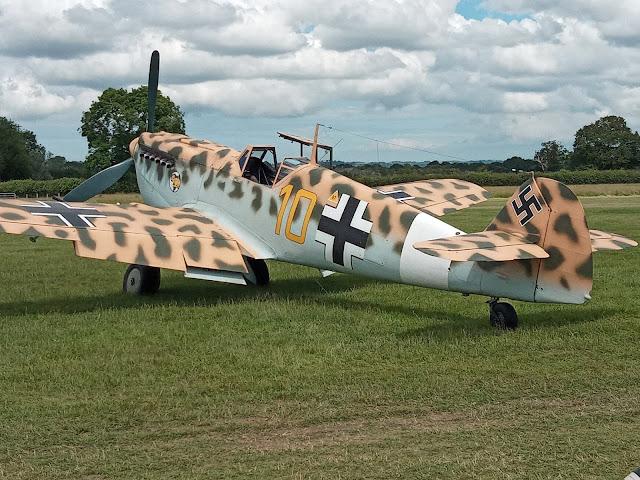 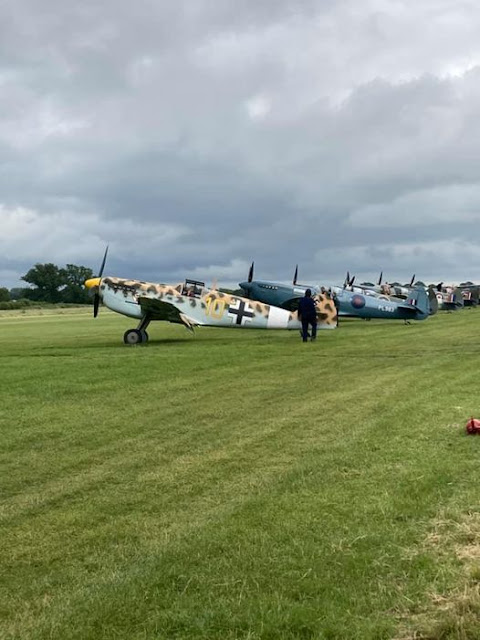 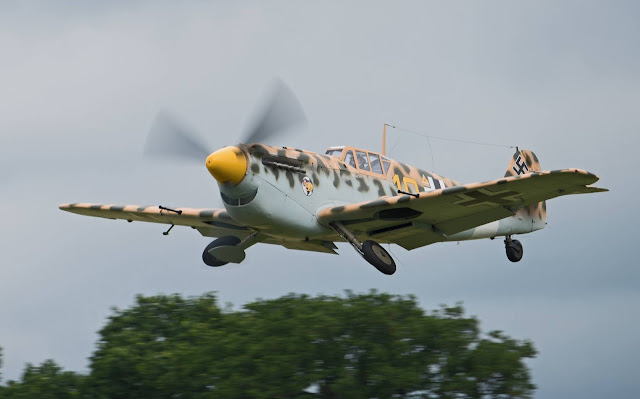 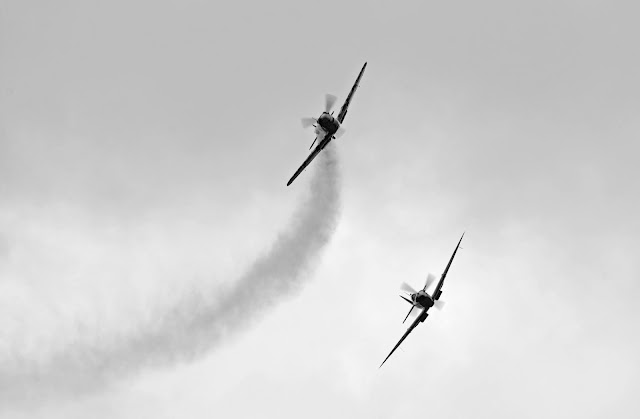 Jay Geer image of the Buchon caught by the Spit .. 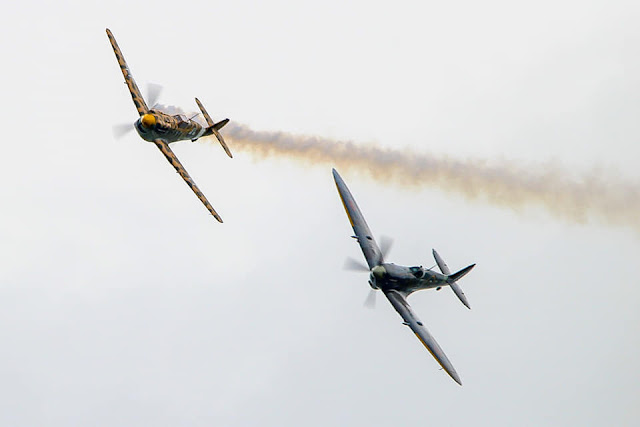 This is by far the best video of Friday's display - the aerobatics of the Bucker Jungmann can be briefly viewed from minute 9 and the  Buchon-Spitfire 'mock dogfight' tail-chase is at minute 23. Inbetween the B-17 cruises around majestically..well worth a watch.  A single click to view here.. 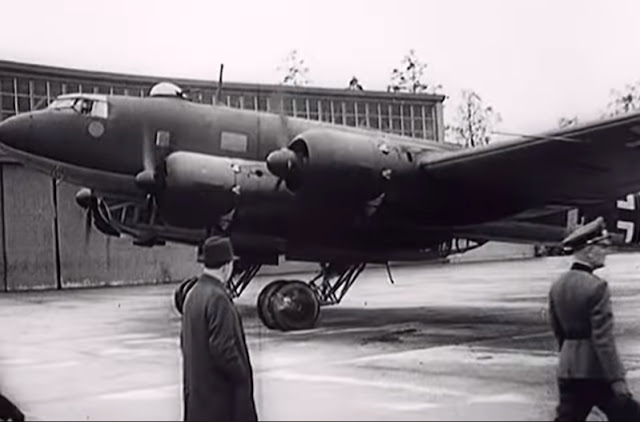 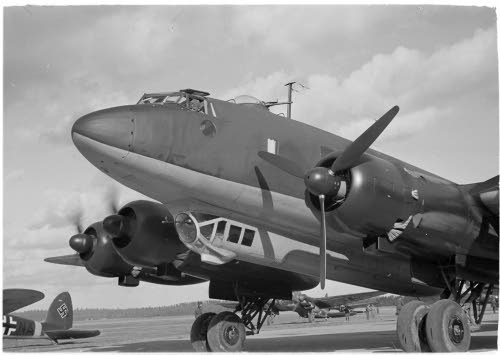 Adolf Hitler paid a flying visit to Finland on 4 June 1942, ostensibly to congratulate Mannerheim C-in-C Finnish forces on his 75th birthday. This was one of Hitler’s very rare visits to a country not under German control. Mannerheim did not want to meet him in his headquarters in Mikkeli or in Helsinki, as it would have seemed like an official state visit. The meeting took place near Imatra, in south-eastern Finland, and was arranged in secrecy. (SA-KUVA archive images) 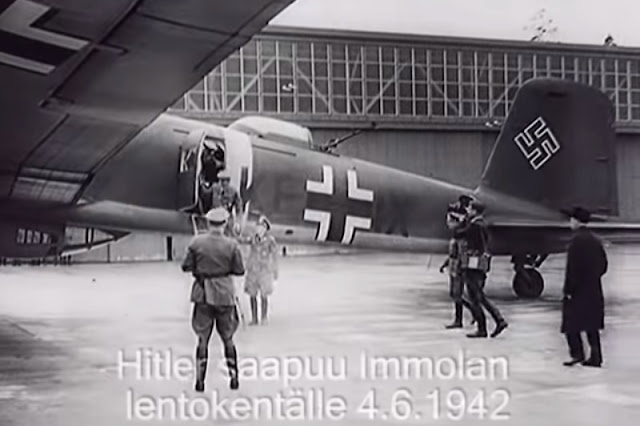 From Immola airfield, Hitler, accompanied by President Risto Ryti, was driven to a railway siding where Mannerheim was waiting. Mannerheim appears to have returned to the airfield to see AH off..

The Fw 200 Condor appears to be displaying the insignia of  the " Fliegerstaffel des Führers" -  a black eagle head surrounded by a narrow red ring under the cockpit. The Regierungsstaffel was known more colloquially as the 'FdF' ..Für den Führer ('for the Führer').

Perhaps strangely there appears to be no fighter escort on the airfield - there is certainly none visible in the various shots below..see the video clip below for arrival of the Fw 200 ... 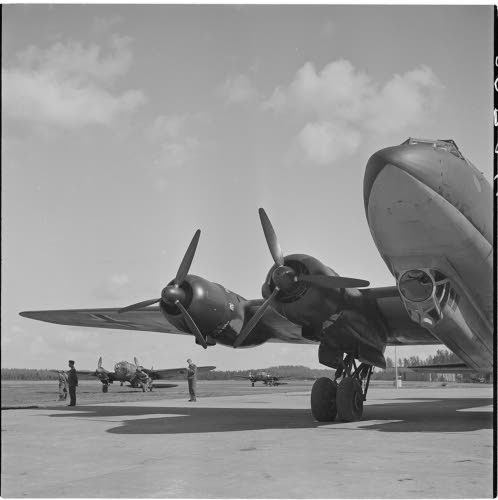 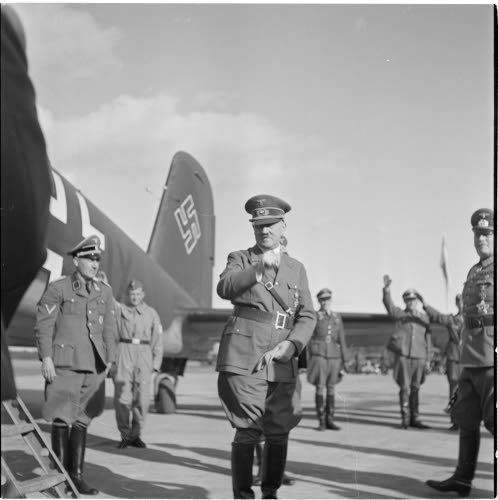 After a speech from Hitler, and following a birthday meal and negotiations between him and Mannerheim, Hitler returned to Germany. President Ryti and other high-ranking Finns and Germans were also present. Hitler spent about five hours in Finland. Hitler reportedly intended to ask the Finns to step up military operations against the Soviets, but he apparently made no specific demands. During the visit, an engineer of the Finnish broadcasting company YLE, Thor Damen, succeeded in recording the first eleven minutes of Hitler's and Mannerheim's private conversation..which was strictly against protocol. According to some sources this is the only record of AH  'in conversation'...
Note the personnel in the image below (on the right) looking at the plume of smoke coming from the port main wheel - flames can be seen erupting from the brakes in the video below as the Fw 200 taxies in (at the twenty second mark). 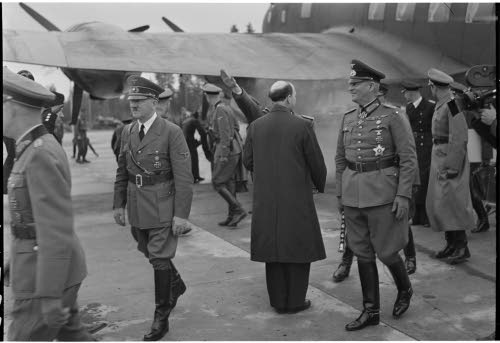 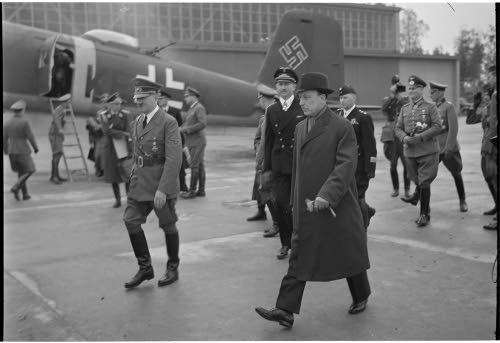 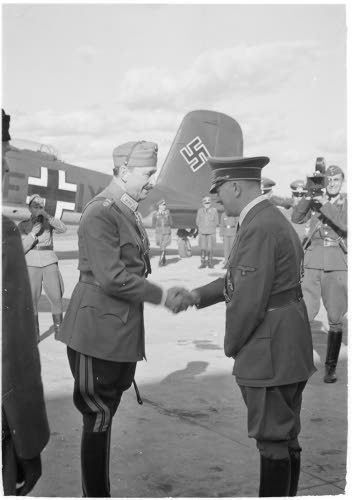 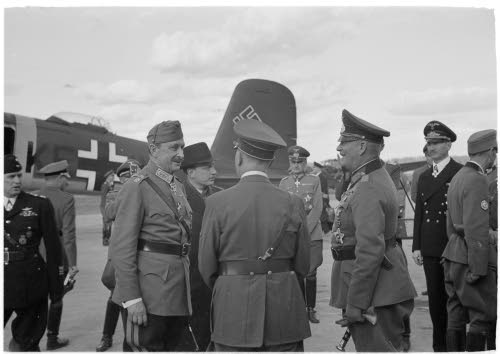 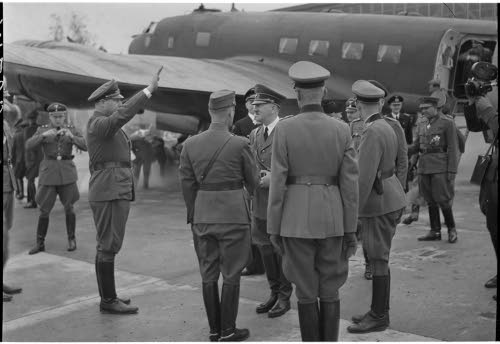 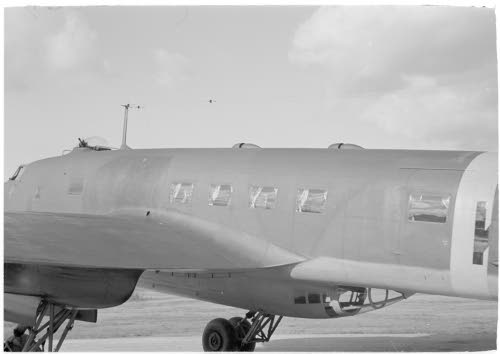