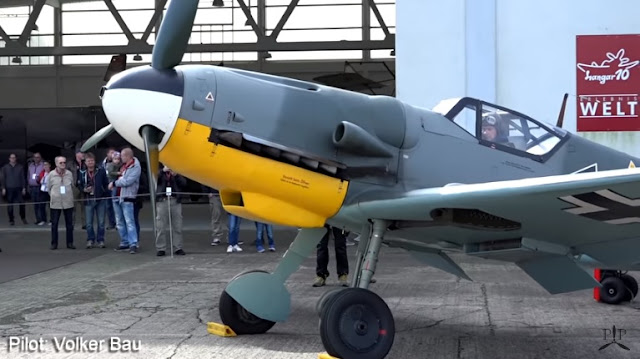 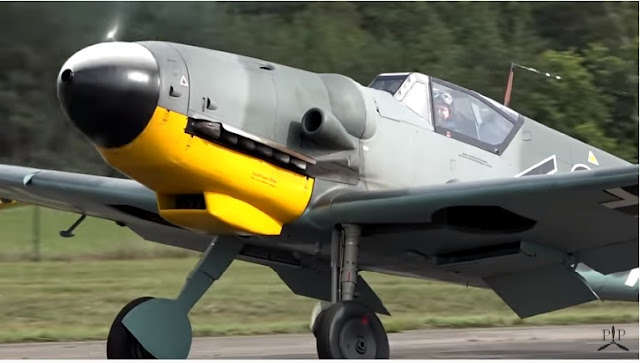 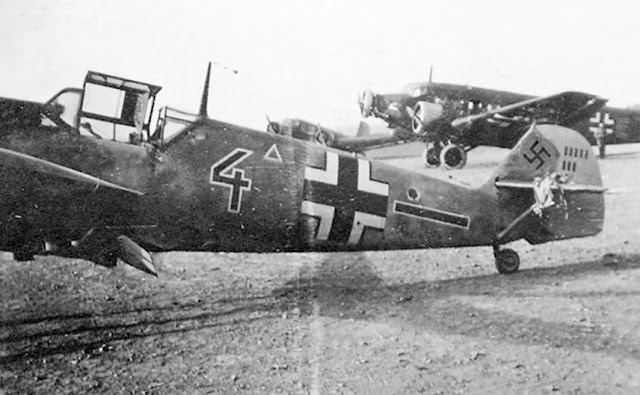 As the only Jagdgeschwader in theatre, JG 77 flew numerous anti-shipping sorties during the final phases of the Greek campaign in late April 1941 ('Marita') as British expeditionary forces were evacuated from a number of small ports in the south of the peninsula to Crete. JG 77 subsequently supported 'Merkur', the airborne invasion of Crete. On 23 April the Kommandeur II./JG 77 Hptm. Fritz -Heinz Lange was shot down by anti-aircraft fire and killed. On 24 April Kommodore Woldenga dropped a bomb on a 3,000 GRT tanker. On the same day Siegfried Freytag had to bail out over Athens and was captured but rejoined his Gruppe after the fall of the city. On 25 April Fw Otto Unertl (9./JG 77) was KIA when his Bf 109 was hit by anti-aircraft fire. Staffelkapitän 7./JG 77 Oblt. Huy enjoyed notable success during JG 77's anti-shipping sorties. Flying out of Larissa he hit a 20,000 GRT troop transporter on 27 April. The facilities at Larissa were rudimentary with 250 kg bombs loaded by hand.

JG 77's first sortie against Crete was flown on 4 May  - a strafing raid against the airfield at Maleme. On 22 May Uffz. Rudolf Schmidt of 5. Staffel only just managed to return to Molaoi having been hit by anti-aircraft fire during another anti-shipping sortie. According to some on-line sources (notably the Kracker Archive) the British battleship HMS Valiant was 'sunk' off Crete on this date May 22, 1941, having been attacked by JG 77 ace Johan Pichler who also crash-landed back at Molaoi on May 22. It was not... (the probability of Me 109s sinking a Queen Elizabeth class battleship was quite possibly nil!)

Schmidt claimed two Blenheims and a Hurricane over Crete on 25 May for victories 6-8. That same day II./JG 77 lost their second Kommandeur within a month when Hptm. Helmut Henz was hit by a Blenheim's defensive fire and plunged into the sea. 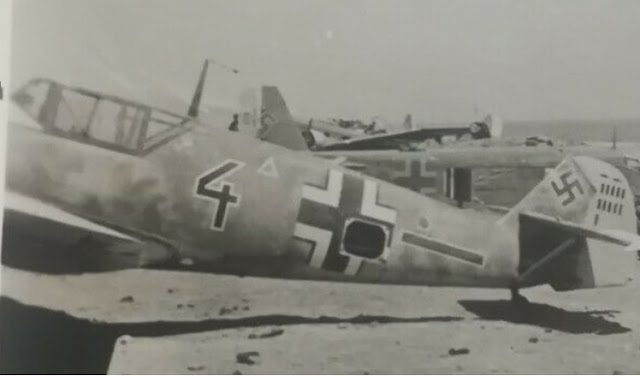 During the campaign JG 77 claimed some 29 ships sunk - the rudder scoreboard of the ace of II./JG 77 Rudolf Schmidt displays the silhouettes of two British vessels hit. 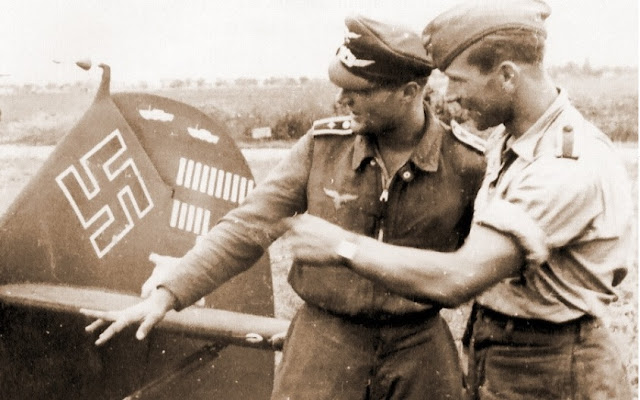 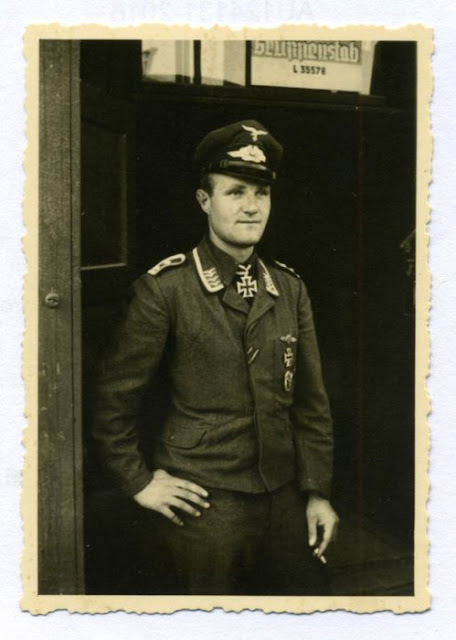