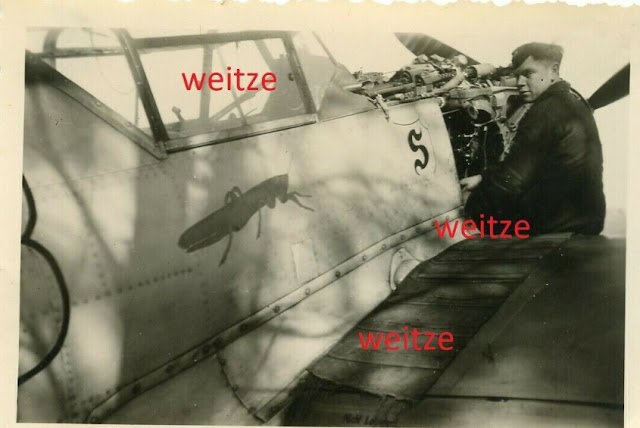 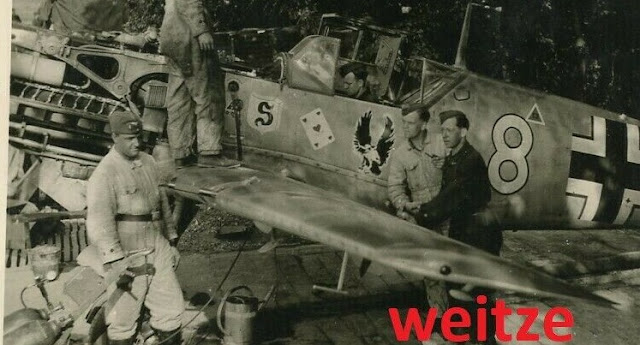 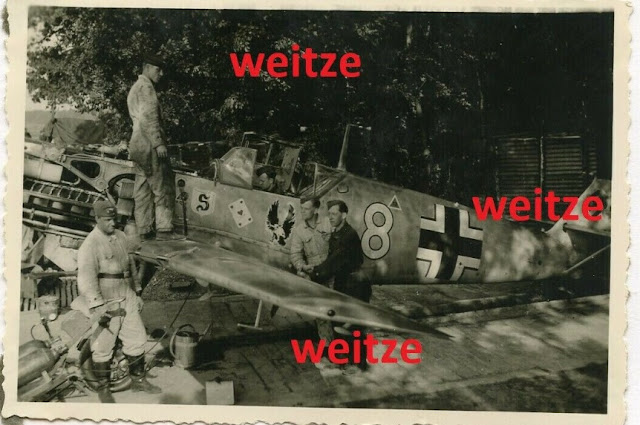 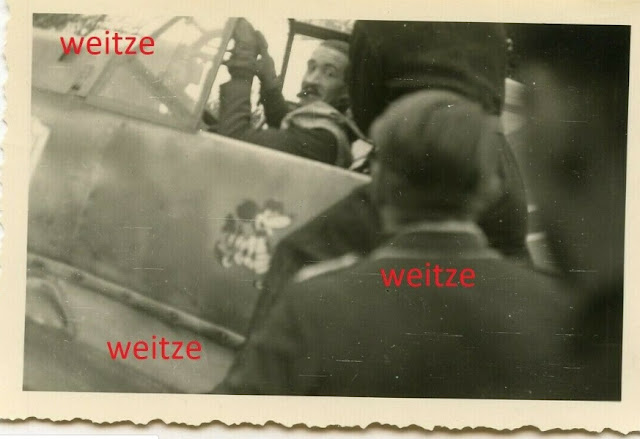 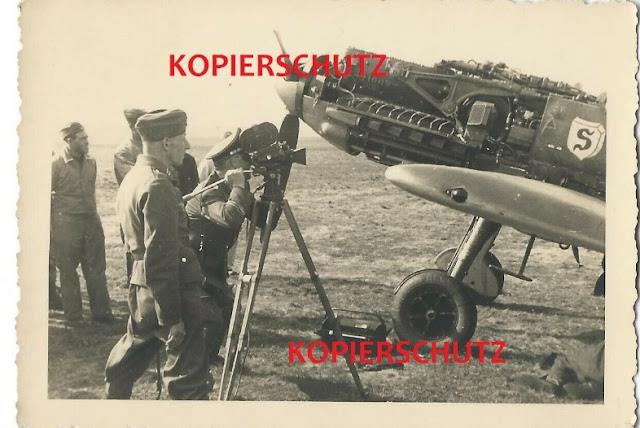 
Behind Hans Rudel the leading Stuka pilot was Major Theo Nordmann. Nordmann was born on 18 December 1918 in Dorsten (Wesphalia), the sixth of eight children. He joined the Luftwaffe on 1 November 1937 and attended the Luftkriegsschule (air war school) in Gatow before training as a Stuka pilot. After flying against England and in the Med - destroying some 5000 GRT of shipping and harbour installations on Malta- he flew on the Eastern Front following the launch of Barbarossa on 22 June 1941. He was awarded the Ritterkreuz in September 1941 after 200 sorties having accounting for 21 tanks and 14 anti-aircraft batteries. By 20 August 1942 he had flown some 600 sorties and was posted back to the Heimat to serve as a test pilot at Rechlin. By early 1943 he was back in the East and on 1 February 1943 flew his 700th sortie. On 16 March 1943 he was awarded the Eichenlaub, prior to being posted to France for more test flying. On 14 August 1943 he was appointed Kommandeur II./StG 3 and in April 1944 he flew his 1000th combat sortie prior to re-training on the Fw 190.. 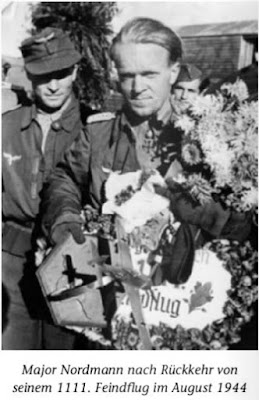 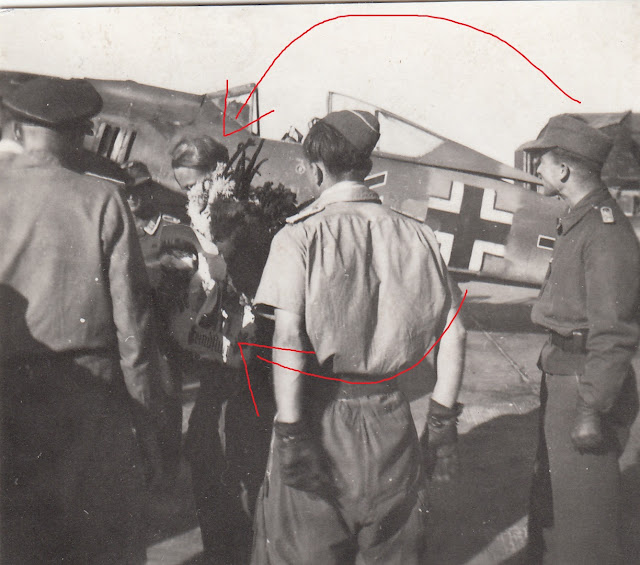 Two rare images from expired ebay auctions. Note the diving crow emblem used by I./StG 1 and II./StG 3 that became I./SG 1 and II./SG 3 in October 43 and then converted to Fw 190 respectively around Dec 44 and June 44. 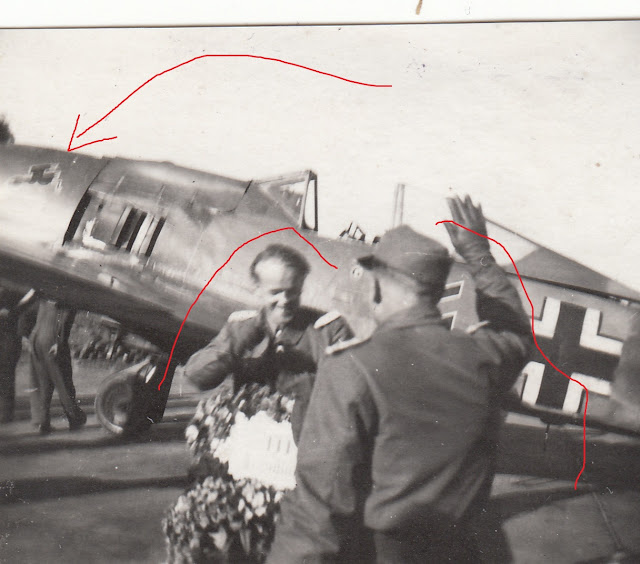 Below; the latest Exito Decals 'pack' release features Nordmann's Kommandeur II./SG 3 Fw 190 F-8 as illustrated by Janusz Swaitlon and based on the photos reproduced here.. 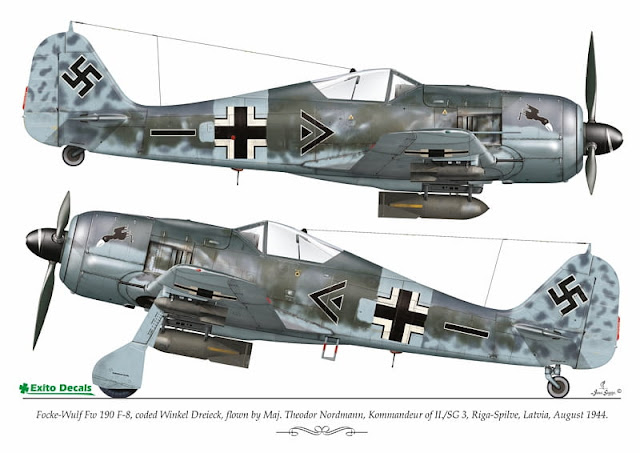 This new Exito decal set is entitled “Luftwaffe Ground Attackers vol.1” and covers three different German assault aircraft, .. as usual with Exito you get a nice decal set of new 'first-time' subjects, full colour A-4 glossy prints of each 'subject' and detailed colour camouflage discussion as the artist explains how he arrived at his 'colour decisions'. More info and ordering details on the Exito site here 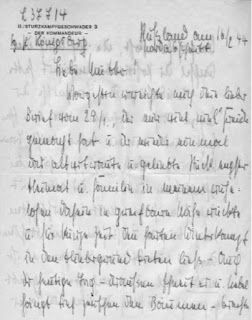 In a fascinating article that appeared in an issue of Luftwaffen Revue Hans Schuh examined Nordmann's letters home - his Feldpostbriefe.  Like most service men serving far from home, letters and news from parents, relatives, girlfriends and wives were a key factor in the maintenance of morale, especially on the Eastern Front. The campaign in the East posed huge organisational difficulties for the field postal service which threatened to overwhelm the organisation. Transporting mail over such large distances was only possible through the use of aircraft. By order of the Oberbefehlshaber der Luftwaffe (commander-in-chief of the air force) dated 26 March 1942 deliveries were transported by six dedicated aircraft, a figure which later rose to eleven. Since the main focus was on the supply of mail to troops fighting at the front the number of monthly shipments and their weight was limited and payment of one Mark was required for each item dispatched.

Nordmann's letters were principally sent from the Nordost Front in Russia and were addressed to his parents and sisters.

" ..dearest mother - your loving letter of 29 January gave me so much pleasure..  for a brief moment pushing the hard winter fighting to the back of my mind..."

The letter of  7 January 1944 noted his relocation back to Russia, and according to the letter dated 14 January 1944 "immediately and takes full possession of him again. Behind him lay obviously "magnificent days of vacation", which he spent with his girlfriend Viviane and his family in his home town of Dorsten. He also writes however of " the first days of heavy combat " following his re-deployment, which already lie behind him again; "old familiar pictures, but combat is now even harder". Due to the harsh winter, the weather conditions feature heavily in the letters of this time. His letter dated 16 February 1944 states;

"... shifting fields almost daily and committed in bad weather and with whatever means to hand have exhausted me to my limits ... snow, rain and fog have become our worst enemies. "

It was not just the winters in Russia that were hard. The operating conditions in the Russian summers cost much strength and effort. So writes Theo Nordmann on 12 July 1944;

"..oppressive heat, long approach flights and 3 - 4 hours of sleep for every 24 hours of work have left us fit to drop! In order to survive the hardships of battle a solidly grounded inner attitude, a certain mental strength, an unconditional trust in our own strength -hardened through a thousand fires - is more necessary than ever!.."

He continues by self-confidently reporting on the "resounding successes" of his pilots;

"..On our shoulders rested - without any sort of help- in the first week of the Russian offensive the main burden of the fighting in the air ..from 03:00 in the morning until late in the evening we flew our brave Ju-87s against the enemy under the most difficult fighting conditions. Our successes are achieved only with very hard sacrifices." (July 12, 1944)

With the conversion to the new Schlacht Focke Wulf 190 operations were obviously judged to be even more effective;

"..I had just finished my conversion training when Russian tanks threatened the airfield directly. Up to now I have successfully defended two airfields against tank attacks and we were airborne until we had ensured the fields remained secure..." (30 July)

In the face of these successes and his evident enthusiasm for the struggle, recognition, awards and promotions quickly followed. In March 1943 he had already received the Oak Leaves to his Knight's Cross - in September 1944 the Swords would be awarded. In the meantime he was promoted to Major on 1 April. What author Schuh calls " his daredevilry and his commitment to heroic soldier-tum.." fitted into the spirit of time and made him a 'showpiece' of National Socialist propaganda. On home leave in Dorsten the Party, the Hitler Youth, the Wehrmacht, the Lazarett and his old grammar school all feted his achievements. After the award ceremony of the Oak Leaves his was the first entry in the so-called "Golden Book" of the town. Theo Nordmann willingly participated in all this and expressed himself after the events of 20 July 1944 in a letter dated  21 August 1944 as follows;

"..The events of 20 July have had no influence on us. The fighting man at the front regards this cowardly and wretched act with rage and bitterness. The Führer is also spared nothing!.."

Two Me 109s shooting down a barrage balloon

" ..yesterday I returned my fifth victory. This includes two barrage balloons, which count as one 'kill'.. that is not many when you consider how many opportunities we have had, but they do not always go down when you shoot at them.." 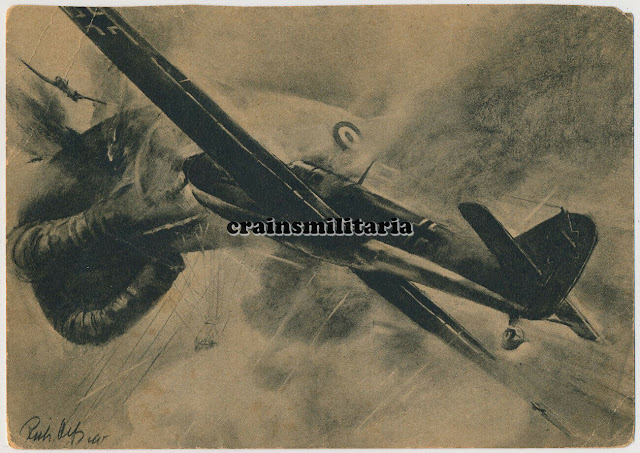