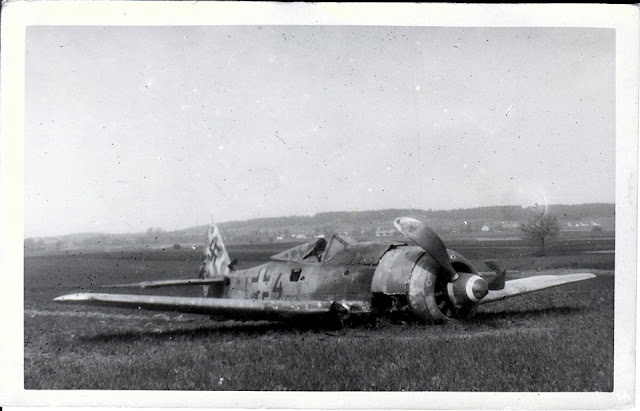 These interesting Fw 190 shots are reposted from the FB Fw 190 group for Luftwaffe blog readers (..on the basis that many blog readers do not use FB ) - a III./SG 10 Focke Wulf Fw 190 F-8 shot down over Holice, Czechoslovakia, on 6 May 1945. The rudder appears to be un-mottled and is probably yellow. There also appears to be a yellow cowl band..generally speaking any yellow ID marked II. or III. Gruppe ground-attack Fw 190 was an aircraft of SG 10 (Luftflotte 4 ID markings). 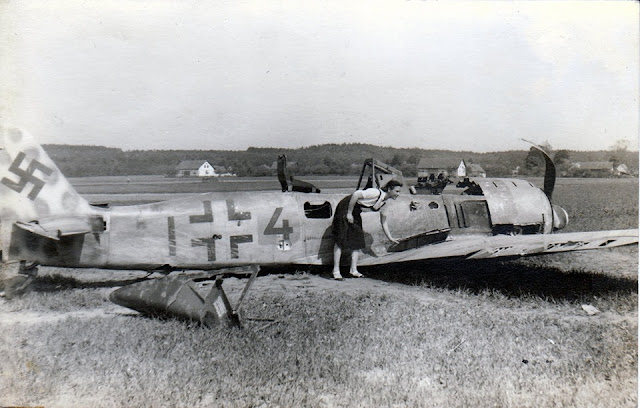 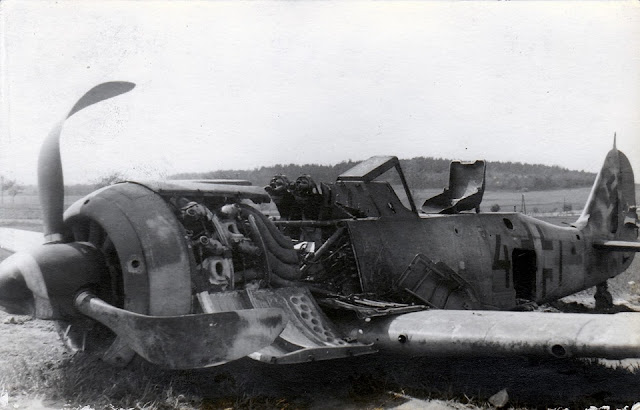 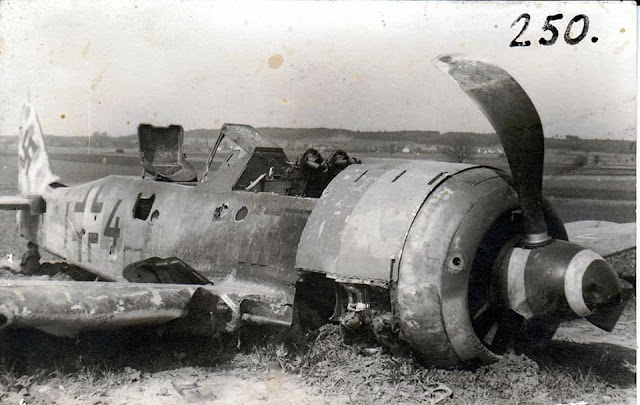 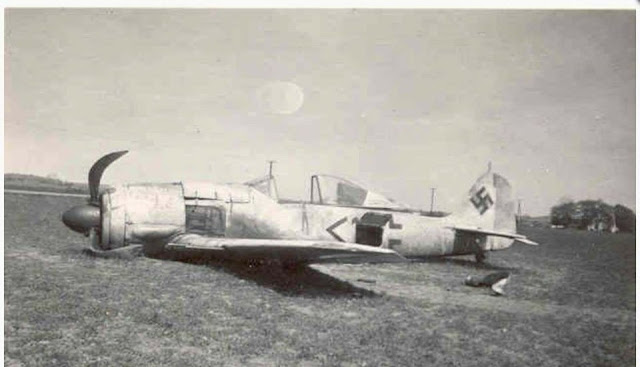 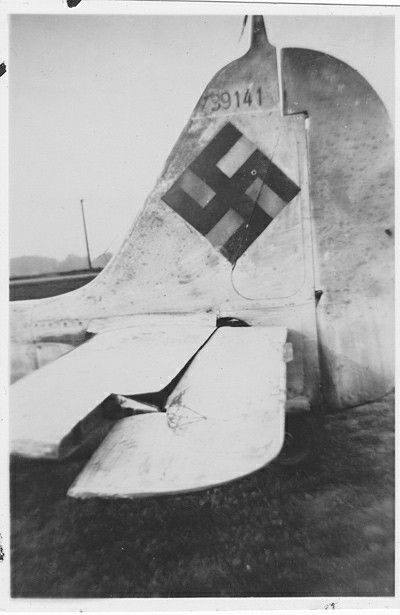 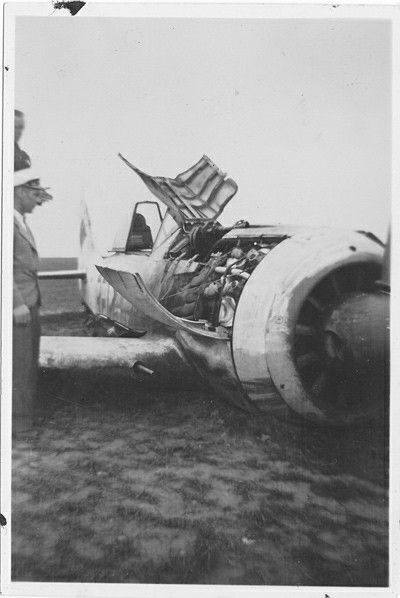 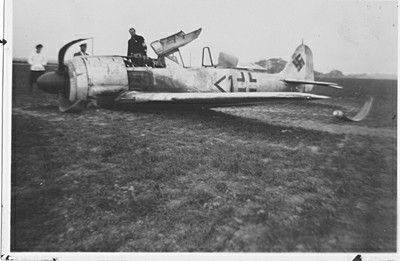 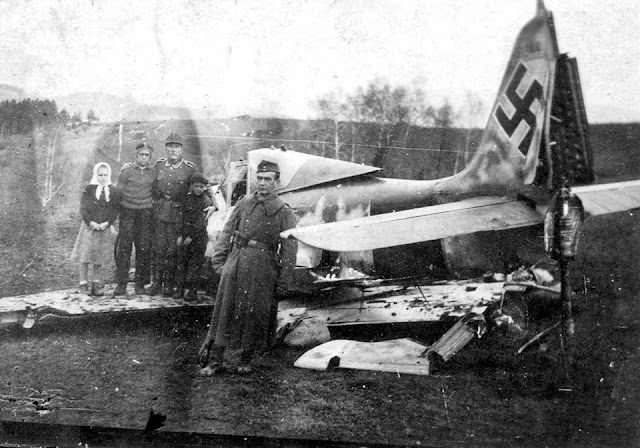 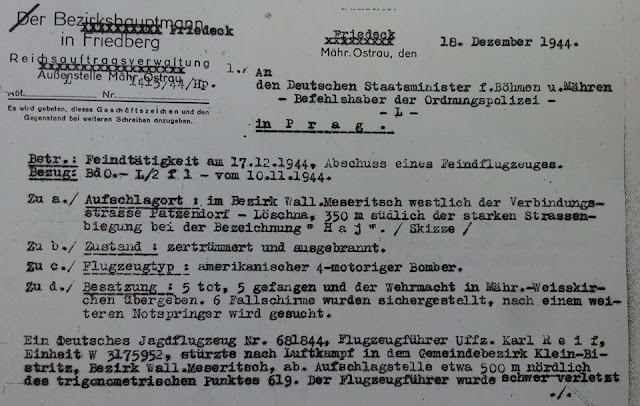 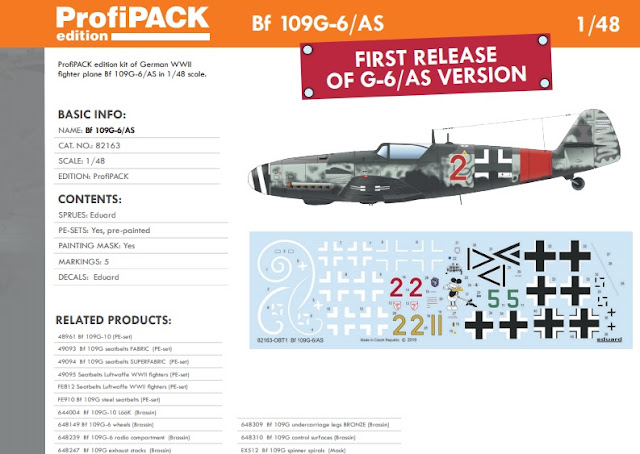 two of the five marking options in this new release 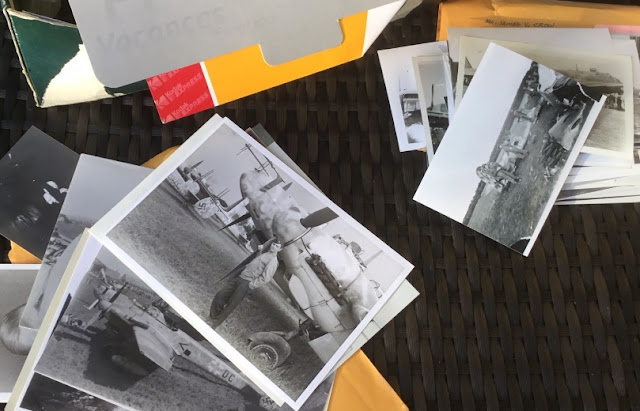 posted by Steve Sheflin on TOCH

"..I am saddened to report that my friend James V. Crow passed away on Friday 03 March 2019 at his home. Jim was 79 years young, and a gentleman in the broadest sense of the word. The Luftwaffe research community, as well the rest of the world, has lost a star and a friend. Jim is finally with his lovely wife Erika again. Respectfully, Steve Sheflin..."

and from David E. Brown

"..This is a huge loss for many of us who have had the benefit of working with Jim and the honour of having him as a friend. Jim was unselfish in his sharing of Luftwaffe and related photos from his collection that be began building in the 1960s.."

Pick up any Luftwaffe book at random and chances are you will come across a credit for 'James V. Crow'. A veteran US serviceman who lived and worked in Germany for a number of years, Jim devoted much of his spare time to acquiring photos of WWII German aircraft and amassed an enormous collection of rare images. I was always thrilled that Jim would want to share his photo collection with a minor-league translator and blogger such as myself.  He was always ready to send out 'new' photo material for whatever project or article that I happened to be working on. I introduced him to Kagero and many of his photos appeared in their 'Monograph' series - until the day that they failed to return some of his late-war Ju 88 images. Originals - since Jim didn't scan or 'photoshop'. Occasionally he went to the print shop and had copies prepared. Maybe the images sent to Kagero went 'missing' in the post back to him after being used in the monograph (Vol III Junkers Ju 88 is full of his rare images..) We never did get to the bottom of that business. Hopefully I always did the 'right' thing by Jim in sending him a copy of whatever book/monograph or article that his photos had appeared in as a result of my involvement and I of course always sent him small sums of money in exchange for images which he appreciated. And Jim must have written to me many times for help in identifying and captioning where possible his latest images. Jim's notes always appeared on the back of photocopies of the photos in question—I don't think Jim bothered with typing and as far as I am aware never used a computer and everything that went with it. He would always write in long-hand - unfortunately I always had trouble deciphering his hand-writing. He was a fund of stories as well - dining out on his relationship with Hans Ulrich Rudel and his glamorous wife in Chicago during the 70s. ( The Rudels were invited by the US government to participate in the development of the A-10 Warthog, conceived for close air support - 'Stuka Pilot' was required reading for the design team).

The two gentlemen quoted above have put it far better than I could - even if you didn't know him James V. Crow will be sadly missed by all in the Luftwaffe enthusiast community... 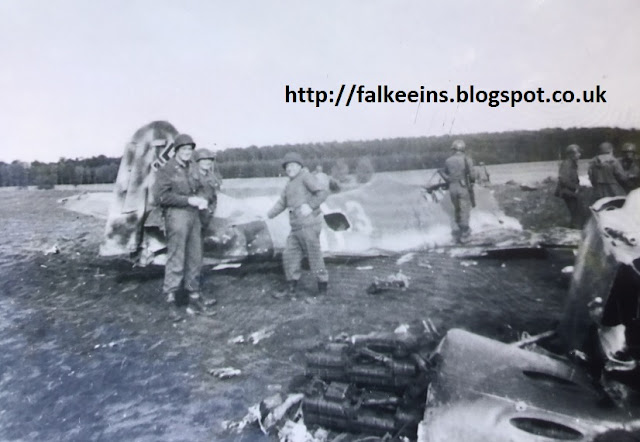 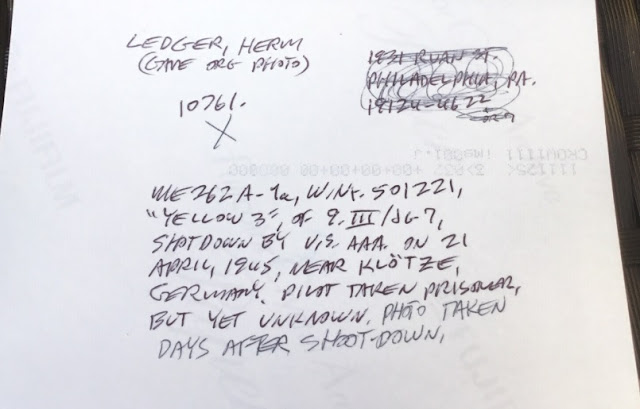 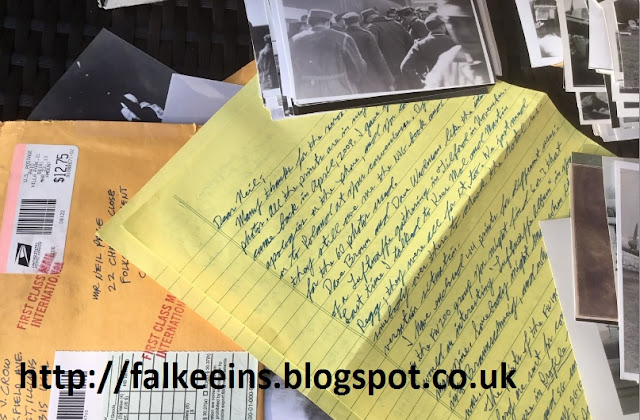 Starboard view of 'Red 1' of the Platzschutzstaffel (airfield protection squadron) of JV 44 in front of the control tower at München Riem airfield after the capitulation. Operating from the opposite end of the field to the Me 262 Turbos of JV 44, the Platzschutzstaffel followed specific orders; take off ahead of the Me 262s in Rotte formation, maintain a 1500m altitude umbrella and under no circumstances break off to chase enemy fighters. This view reveals that the cockpit has been ravaged by fire, possibly following orders to destroy the aircraft as the end neared. Built in December 1944 by Fieseler at their Kassel factory, this Dora is finished in the 82/83/76 scheme. Factory stencilling is intact. Undersurfaces are red with thin white stripes as a recognition marking for the airfield flak gunners. Behind the Siebel to the left of the picture is Fw 190 D-11 'Red 4'.  Via Crow. Click to view full screen. 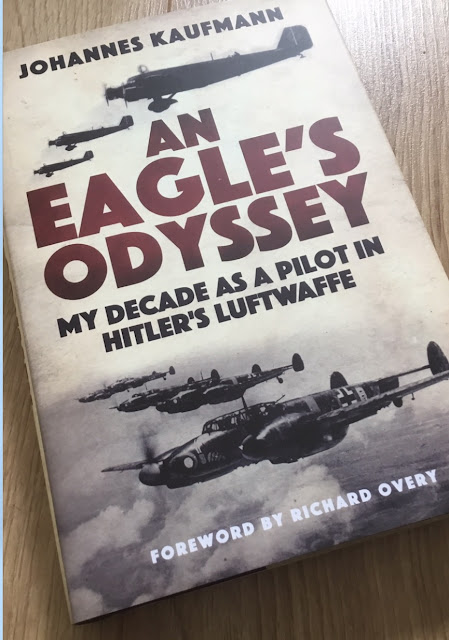 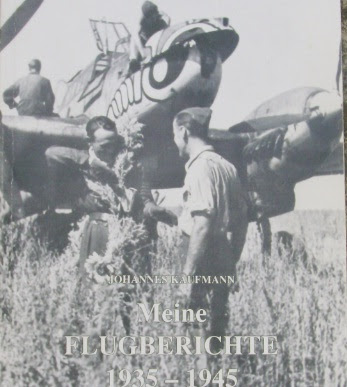 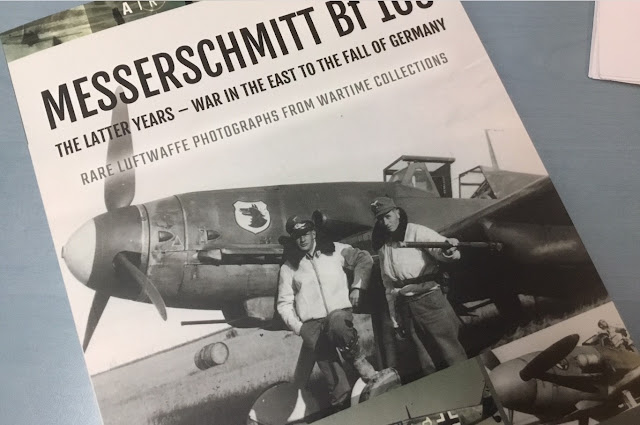 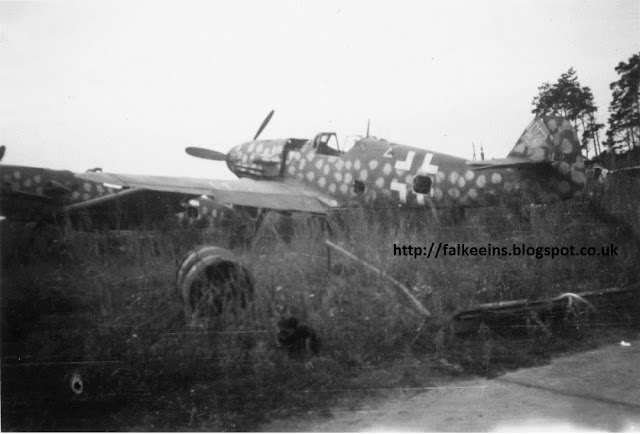 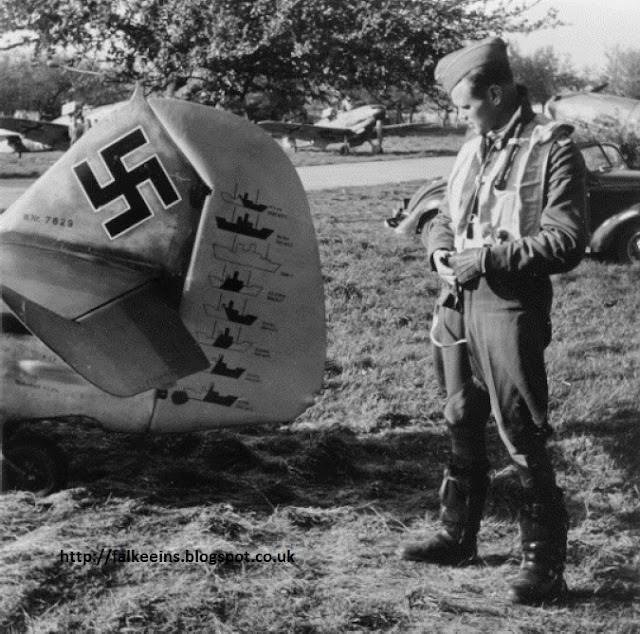