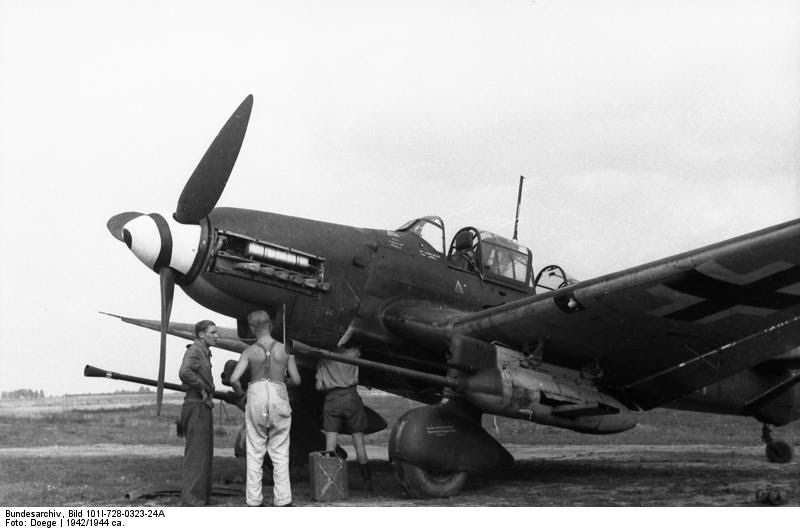 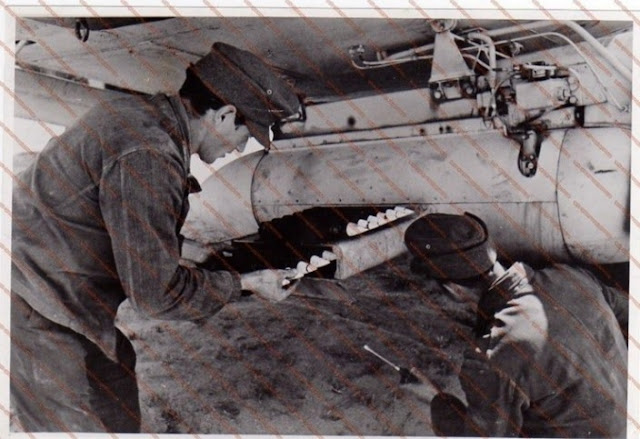 The Panzerknacker or tank 'cracker' was, if we are to believe the history, dreamt up by Stuka 'ace' Rudel as a means of aiding the hard-pressed German ground troops in their defensive struggles against the Red Army and their T-34 tank fleets. It seems to me that this machine has acquired a certain 'aura' that it simply does not warrant -especially with modellers. Indeed the Kanonenvogel bore witness to the appalling penury and deficiencies of Luftwaffe resources on the Eastern Front. Here was a machine conceived for taking out tanks individually - one by one if you will. Rudel in his first day's flying at the controls of his BK 3.7 mm toting Stuka managed to knock out around ten Russian tanks according to Nauroth's German-language Stukageschwader Immelmann history. (Rudel's own account states twelve). Yet just a few hundred miles east of where Rudel would have been operating during July 1943, Soviet factories were churning out hundreds of tanks weekly - well out of the range of  any Luftwaffe bombers. The Luftwaffe did not possess a decent long-range heavy bomber as we know. All the Luftwaffe could come up with at this stage of the war was a Stuka 'D' model expedient with the flying characteristics of a brick - it was impossible for all but the most experienced pilots to fly well, especially in the turn where the massively laden Stuka bucked and wobbled on the edge of the stall.. At the time of course Rudel's efforts and those of his comrades were feted in the Nazi propaganda media. Today they are still 'celebrated' in just about every account you might care to read devoted to combat flying on the Eastern Front. In reality Rudel's 'achievements' were but a drop in the ocean, a mere pinprick in the overall scheme of battle on the Eastern Front.. 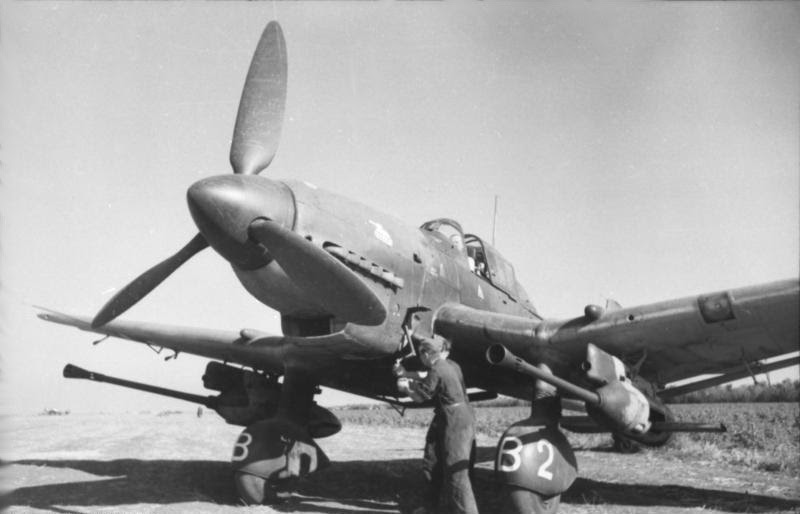 Stuka mounting 3.7 cm anti-tank cannon under the wings. Turning over the engine of Rudel's aircraft with the hand-crank starter. 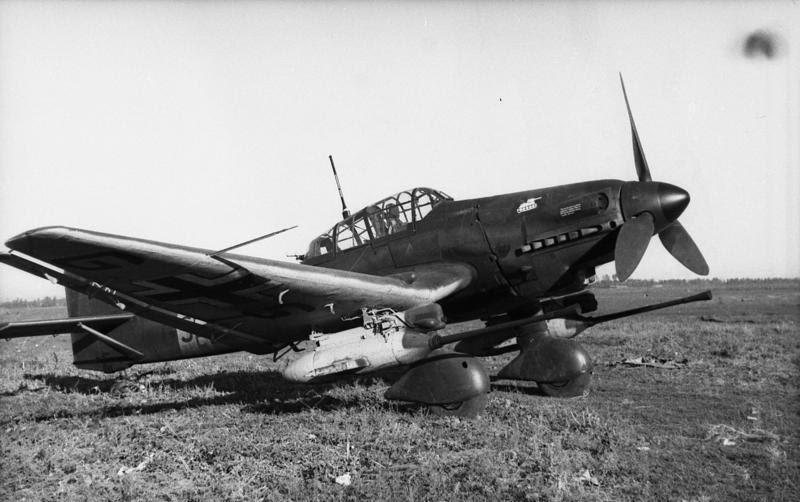 not a Panzerknacker but a lovely detail view of a Ju 87 on the northern sector of the Estern Front, December 1943 from the same PK photographer Doege 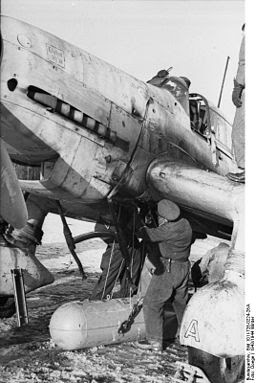