well aside from the fact that three of those 'kills' were unconfirmed, I was intrigued by his award document for the Verwundetenabzeichen in Schwarz or "wound badge in black", dated 31 July 1944 and signed by Hptm. and Gruppenkommandeur I./JG 300 Gerd Stamp. According to the JG300 unit history Voelkert joined I./JG300 on 28 June 1944 -only one month prior to receiving the award- and was assigned to 1. Staffel, going on to claim his first P-51 on 17 July 1944. On 21 July 1944 the 8th and 15th Air Forces targeted industrial targets in south-western Germany and I./JG300 may have lost some sixteen Bf 109s in the teeth of overwhelming numbers of American fighters. Then on two consecutive days towards the end of the month - 26 and 27 July 1944-  Voelkert was credited with the Herausschuss ( or the 'separation') of a 15th Air Force B-24 Viermot over Hungary. The award document (below) refers to the sustaining of a 'single' wound on 27 July 1944, presumably suffered during the firing pass on the second of Voelkert's B-24 bombers - or possibly as a result of a subsequent crash landing following damage sustained during this attack. There are no details of any description specified in the loss listings so this is presumably new information. 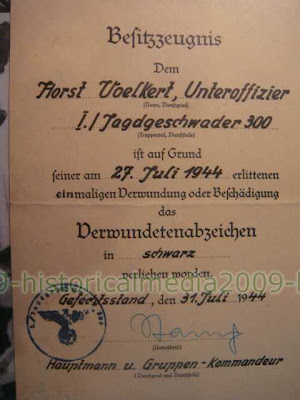 Two views of Uffz. Horst Voelkert during the summer of 1944 posing on and alongside  Gruppenkommandeur Gerd Stamp's Bf 109 G-6 with its Kommodore-style markings, the bar aft of the fuselage Balkenkreuz almost entirely over-painted by JG 300's red Reichsverteidigung fuselage band. Stamp reported that such 'behaviour' - that is, the pilots climbing all over the CO's aircraft -could only have occurred when he himself was away from the airfield. Note the area of white material around Voelkert's left wrist - a bandage possibly?


Also currently available from Historical Media is what looks to be a superb album from a member of an unidentified Stukageschwader, including images of the BK 3.7 anti-tank Panzerknacker Kanonenvogel cannon toting variant.  Album 1 appears to be from a member of SG77, you can make out unit prefix 'S7' on two of the shots. 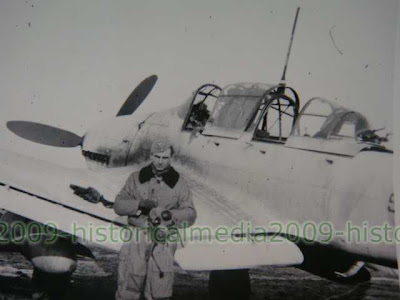 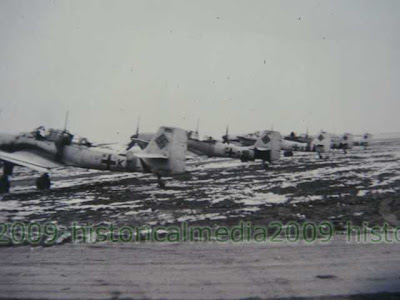 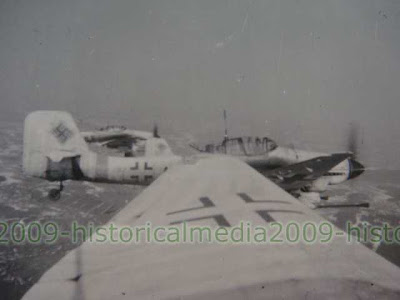 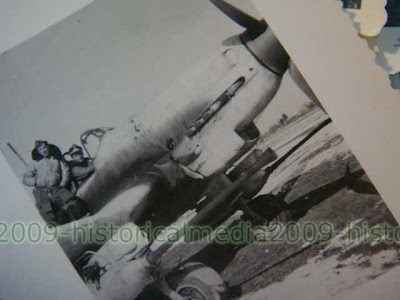 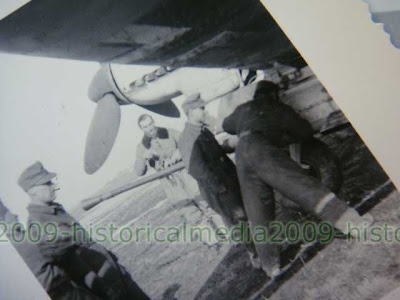