Found and photographed by US forces at Bad Langensalza, this image of 5./JG 301's 'White 12' is an enlargement that I attempted from the rather poor-quality original print lent to me by the late James V. Crow. WNr 500408 was one of 70 machines from Mimetall's second production batch produced in the period December 1944-January 1945. A red II. Gruppe bar is visible over the red/yellow fuselage bands. 'White 12' is one of the markings options in the latest boxings (Mimetall) of the new IBG Dora-9.

IBG appear to have opted for the JAPO colour scheme (although a starboard photo view shows the gear covers do not appear to be 'dark' and are simply in shadow, so most likely in the 'standard' lower surface colour) 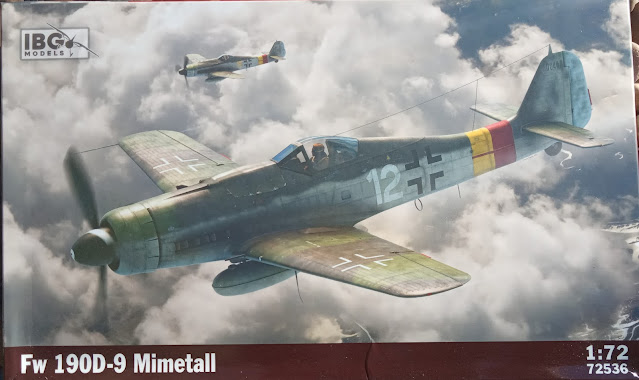