..some screen grabs from Wochenschau film footage showing Rommel (CO Heeresgruppe B ) and entourage visiting a fighter Gruppe somewhere in northern France  some time ahead of the Allied D-Day landings... 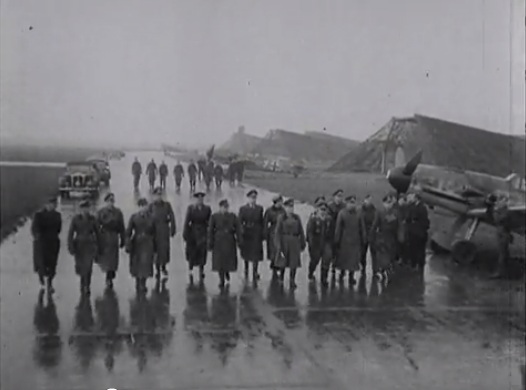 ..given that GFM Rommel is accompanied (right) by Kommodore Obstlt. Priller (JG 26) it would not be unreasonable to assume that this must be Abbeville and JG 26 (III./Gruppe flew 109s) some time in the weeks leading up to D-Day.
This would appear not to be the case. The original PK Berichter caption states 'bei Lille' and is dated January 4, 1944. On this date JG 26 had no Messerschmitt Gruppe in France, III./JG 26 being based at Mönchengladbach under Lw.-Befh. Mitte, while I./JG 3 was based at Denain and Vendeville (Lille). On January 9, 1944 I./JG 3 and III./JG 26 swapped bases with III./JG 26 returning to its Geschwader. Therefore when the photos and the Wochenschau-film were taken on or before January 4 the only Bf 109 Gruppe at Vendeville was I./JG 3.
In the picture below a badge on the cowling of the Gustav - the JG 3 Udet badge - appears to have been over-painted. Pilot and ground crew stand to attention as the party walks down the taxiway. The G-6 in the background (left) is 'white 15'  (..of I./JG 3. Note absence of Gruppe Balken aft of the fuselage cross) 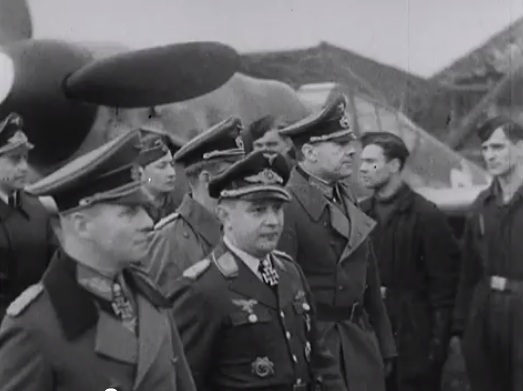 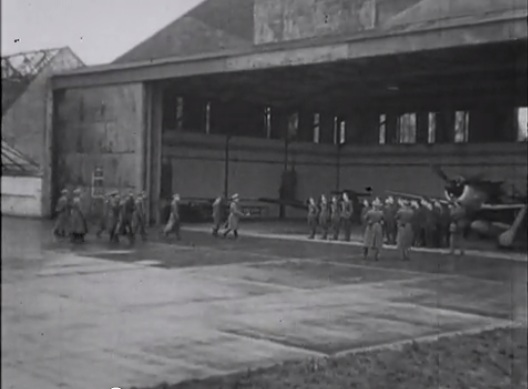 ..Rommel's party makes its way into a hangar - where Priller shows Rommel (one of ) his  Fw 190 A-8  'Jutta' - not a 'black 13' as the Kommodore chevron is just visible. Note also the area of the pilot's hand-hold on the windscreen coaming  which appears to have either been damaged or 'cut-out' - or maybe a fault on the film. I have no idea what this is, although  regular blog reader Stephen F. suggested that it might be some sort of improved gun sight.... 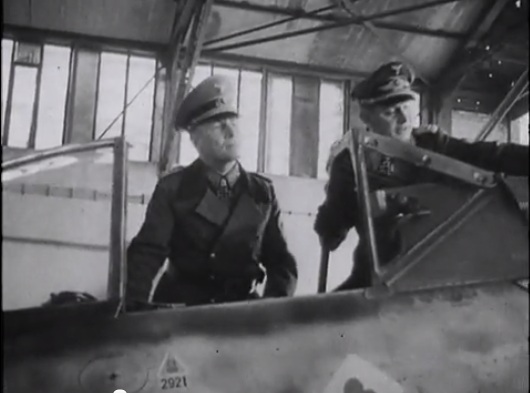 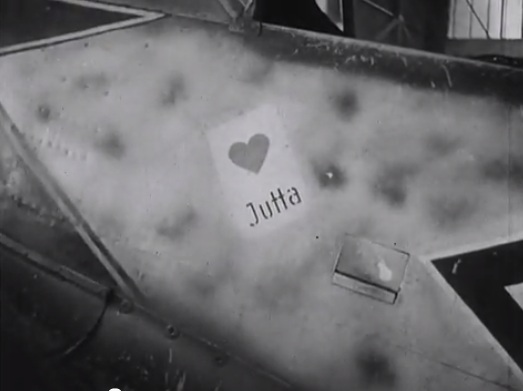