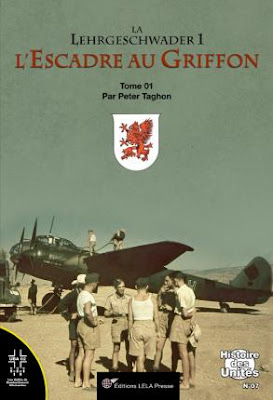 Extracted from the book: Die Geschichte des Lehrgeschwaders 1 (vol I) by Peter Taghon. A French edition is also published by Lela Presse and both volumes are still available from their web site at a very affordable price, see link below.

(The following account has been prepared from the original German-language edition and, probably for reasons of space, does not appear in the French edition. Translation by FalkeEins. Note this is NOT the translation that was posted on a certain FB page - that had one or two 'problems'!).
Mission to Valetta, April 12, 1942 - 4./LG 1

In accordance with II. Fliegerkorps orders, II./LG 1 were to attack at 10:30 and 16:00 those remaining harbour facilities - 19, 33 and 34 -  that had not been destroyed in the port area of Malta's capital. That morning several II.Gruppe crews also bombed Ta Kali and Luqa airfields, accounting for several Hurricanes and also a few Wellingtons destroyed. During the raid on Valetta, 4. Staffel lost Ofw. Waldemar Kremin’s  Ju 88 A-4, 'L1 + GM', which was hit by flak and crashed. The crew remains missing. Only the body of the BO (observer), Uffz. Karl-Schleiermacher, was recovered. Uffz. Walter Malzahn recalled;
"..We were flying in Kette formation. Oblt. Sy was leading and flying just off to our right was Ofw. Kremin. Approaching Valetta harbour the welcome we received was extremely unpleasant. There was no longer any blocking fire or fire directed by sighting or listening devices. This was targeted and very accurate. It really was a devilish surprise.

An accurate drop of our ordnance in the teeth of this level of defensive fire would be practically impossible. There were shells bursting right in front of us, close around the cockpit. Even above the roar of the engines you could hear the sharp, hard crash of shells exploding. It stank of sulphur.

I had my hand on the cabin roof escape hatch and would've jumped if I'd heard any clattering of shell splinters. But there were none. Even today I don't know why we weren't hit. Perhaps the shells had not been constructed to fragment or shatter?"

"Oblt. Sy flew the usual defensive manoeuvres so as not to give the heavy flak an easy target to aim at. I was both shocked and amazed to see that Ofw. Kremin stubbornly held his course straight and level. This lasted a matter of seconds - then he took a direct hit. His Ju was thrown up on to its port wing tip and appeared to veer in a kind of knife-edge slice towards our tail. I screamed at Sy to take evasive action so that Kremin's stricken Ju didn't take us down with him.. The manoeuvre was successful, but it was a very close call.

Kremin's Ju slid close by our tailplane and went straight down, a thick plume of black smoke like a comet in its wake. I was able to follow the trail almost to the point of impact. It was a spine-chilling scenario.  A thought flashed through my mind -  " that is how it will end for you too!"

" Despite this downing there was no let up from the anti-aircraft fire. I yelled: "Flakwaltzer!" Sy reacted immediately and let his Ju dance, almost aerobatically.  The main thing was the teamwork with Oblt. Sy had saved our lives. Once again we made it home without a scratch...."
At 17:00 the Gruppe launched another raid on Malta. When the formation found itself over the target at 18:00, the Fliegerkorps changed the orders: the remaining targets 19, 28, 29 and 32 were to be bombed. And so it was that the crew of Oblt.-Erwin Sy attacked a food storage depot in Valetta. Oblt. Eilert Rogge's crew bombed a gas storage tank. The mission ended at around 18:40.. 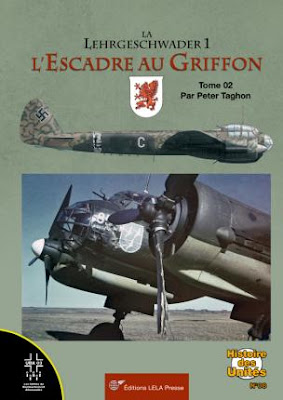 More on Peter Taghon's superlative two-volume history of Lehrgeschwader 1 including pdf extracts from both volumes at the French publisher's web site here
A selection of Ju 88s in the Med from the imagesdefensegouv.fr searchable database, (ECPA-D on-line photo archive) where these images are already on-line, in low-res and can be down-loaded for 'personal' use which means effectively they are 'public domain'. Reproduction here would probably be considered as 'educational' and fulfill 'fair-use' criteria.
II./LG 1 Ju 88s in Greece (Crete) 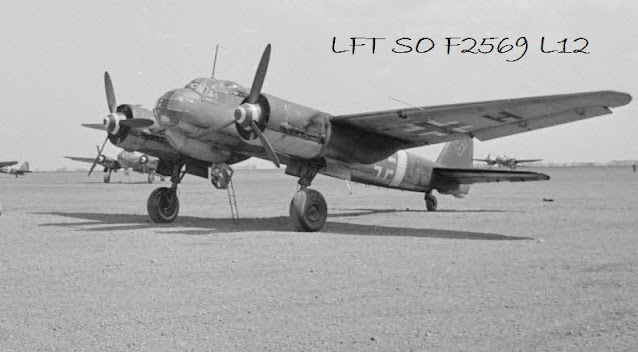 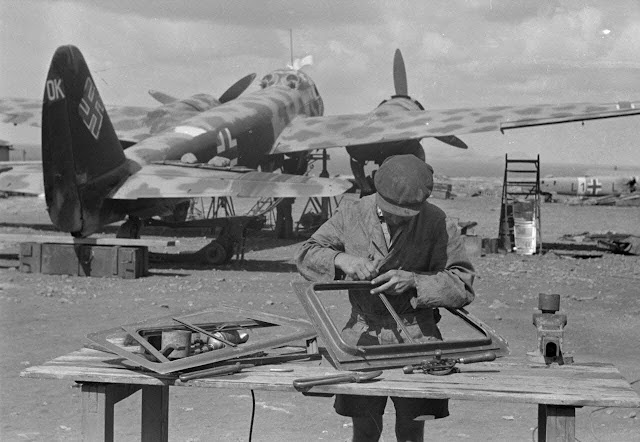 Below; at Kastelli airfield, a Junkers Ju-88 D of Aufklärungsgruppe 123  has had its fuel tank removed for maintenance and/or repair. 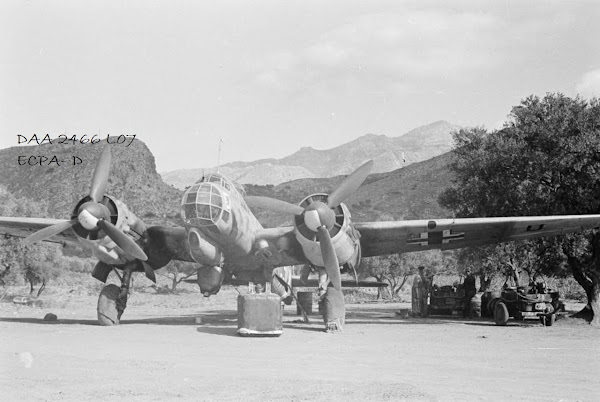 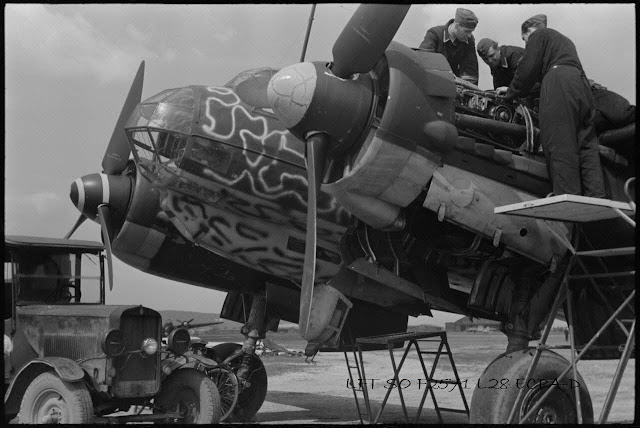