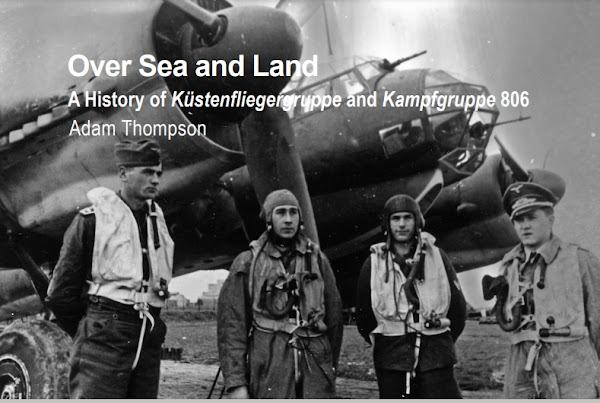 AWP have a new eArticle by Adam Thompson available to download. Küstenfliegergruppe 806 was established in the autumn of 1939 as a maritime unit operating a mix of seaplanes and land-based aircraft, serving with the German naval air service. However, the requirements of an expanding war meant that by the summer of 1940, it had transformed into a conventional Luftwaffe bomber unit flying the Junkers 88 under the new designation of Kampfgruppe 806. Between July 1940 and August 1942 the Ju 88s of KGr. 806 would serve successfully over Britain, the Eastern Front, and finally, the Mediterranean, against a variety of targets on land and at sea. The article is 22 pages, contains 21 photos (one in colour), two colour maps and several first-hand accounts from the men involved on both sides. For those Luftwaffe enthusiasts who enjoy reading about maritime operations and bomber units. Ready to purchase and download from the AWP site here 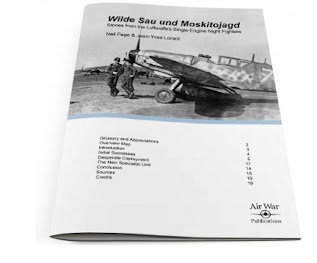 And if rare personal accounts are of interest, a reminder that this blog author's own contribution to the Air War Publications catalogue of eArticles features some fascinating stories from the Luftwaffe single-engine night fighter force. Entitled 'Wilde Sau und Moskitojagd', two former 'wilde Sau' pilots of JG 302 and I./NJG 11 describe some of their hair-raising experiences at the controls of their Me 109s at night in the cloud-banked and freezing skies over Germany during the winters of 1943 and 1944. For the price of a cup of coffee, this eArticle features rare photos, accounts and some exclusive Anders Hjortsberg artwork in a 19-page PDF format for your device or printer and can be downloaded here