Believe it or not, this image of JG 51 Jagdflieger Mölders und Beerenbrock apparently dating from 1941 and offered for sale by a well-known Ebay repro photo seller went for nearly 500 euros! 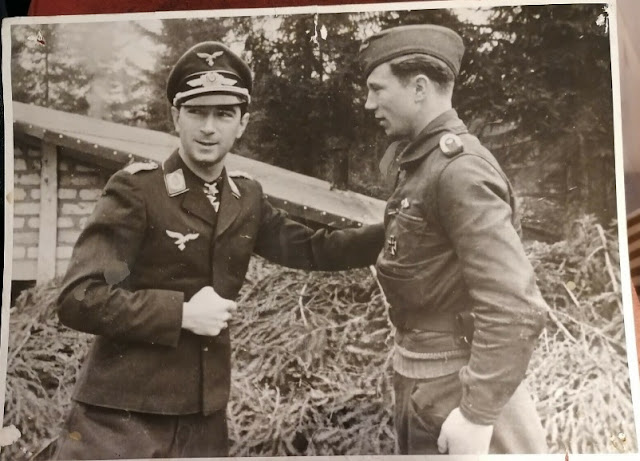 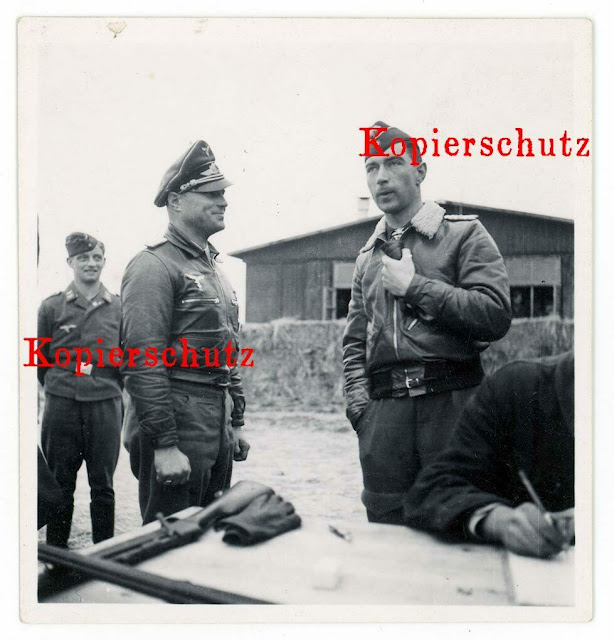 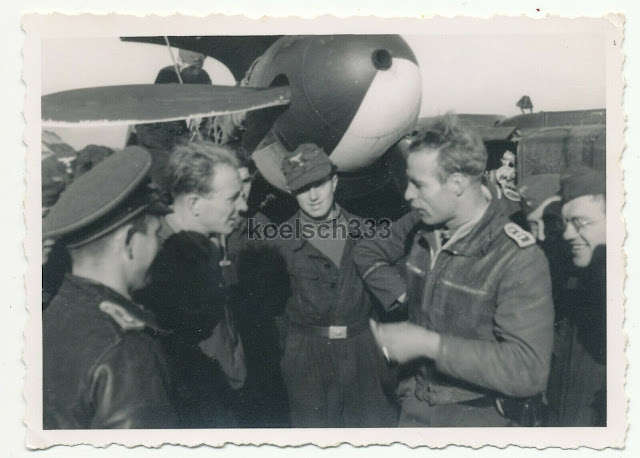 ..newspaper account published in a March 1942 issue of the NS Leipziger Tageszeitung written by Schlachtflieger ace Oblt. Dieter Pekrun relating his shooting-down (by Spitfires!) while piloting a Stab I./StG 2 Stuka on the third day of the Westfeldzug, 12 May 1940 - Pekrun managed to bail out and came down in a field of 'irate' cows at Geetbets, Belgium - behind  the lines. With his BS dead, Pekrun evaded the various search efforts mounted to locate him and returned home some 24 hours after being presumed MIA. Pekrun was awarded the RK in June 1941. 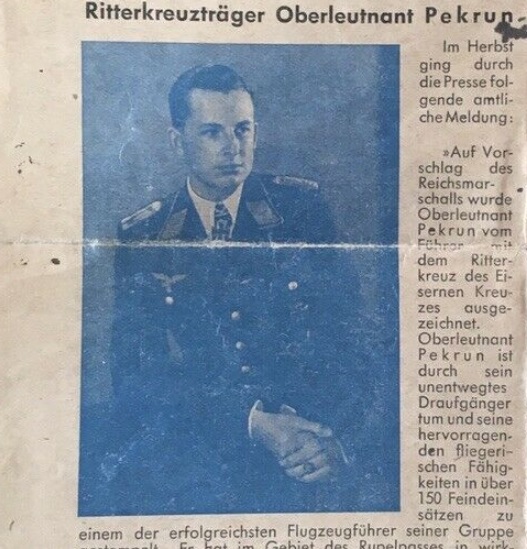 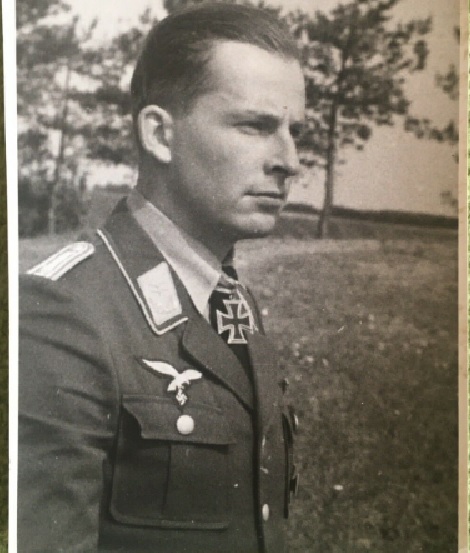