Report on the Tiefangriff  (ground strafing attack) flown against Nordhausen  (12:03 to 12:35) on 16 January 1945.
Number and type of enemy aircraft: " several Mustangs and Lightnings "
"The airfield was overflown at 500m from west to east - no firing. The field was then strafed from the north-east and south-west at heights down to 3 meters above the ground. The attack comprised four waves of around ten machines against the aircraft camouflaged around the outside of the field and parked up at the dispersals in the woods...."
"..14 Ta 152s were destroyed. Because of their large wingspan the Ta 152s could not be parked up in the normal fighter pens (Abstellboxen). 1 FW 190 was also destroyed and 1 Ta 152 was 30% damaged.."
" the large number of finished machines on the site at Nordhausen can be explained by two 'special' additional checks  ('zwei Sonderprüfaktionen' ) having to be carried out on the aircraft after production and acceptance .....which require a certain time and are necessary for reasons of flight safety... 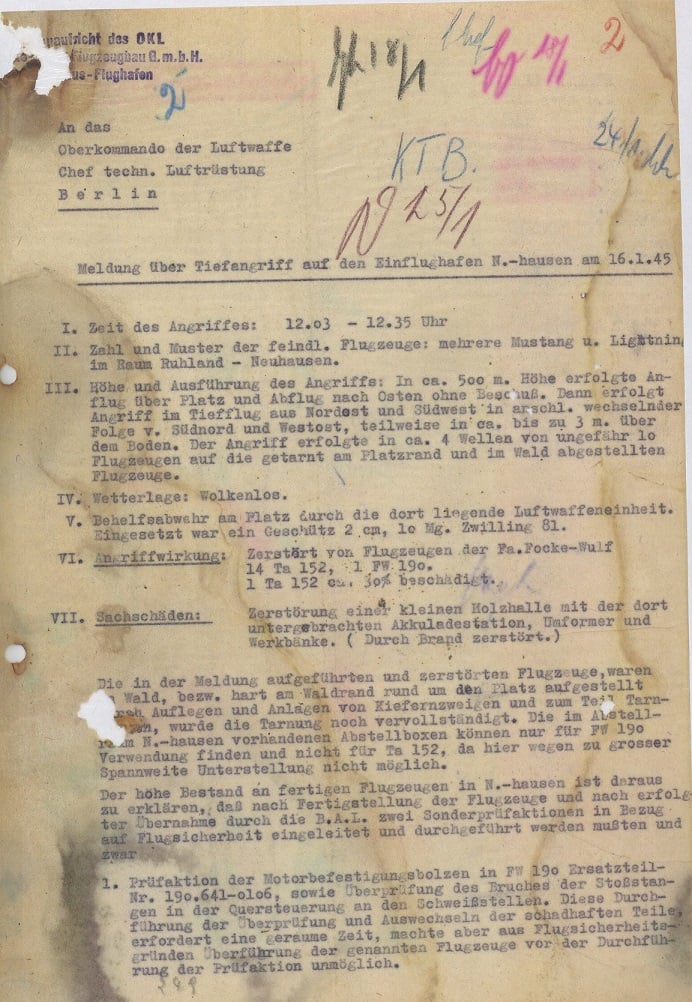 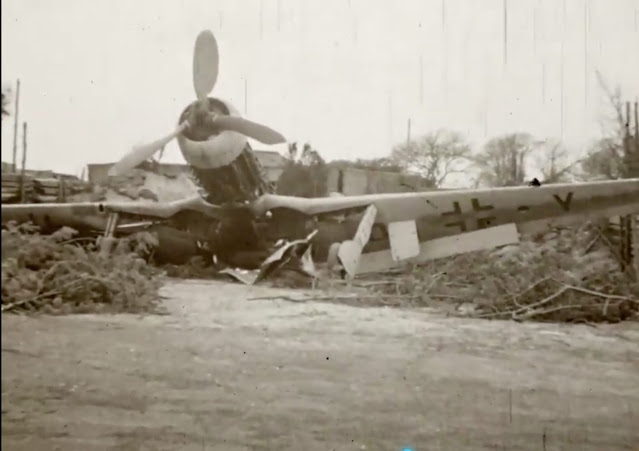 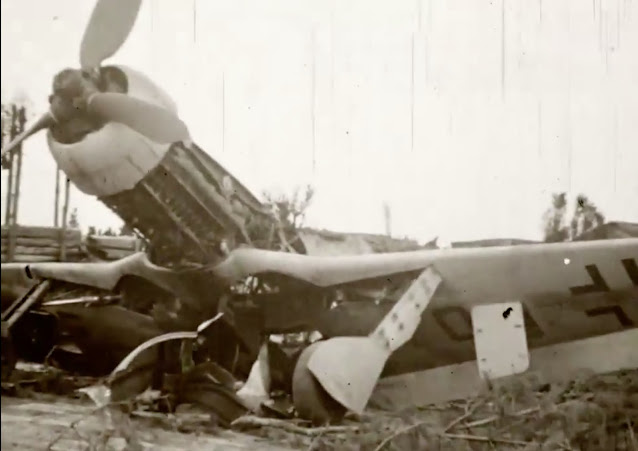 repost from the Luftwaffe Fliegerhorste FB page
Posted by FalkeEins at 03:21