First image below. Seen on the right, Oblt. Ernst Beutelspacher awarded the RK during May 1944 as Staffelfuehrer 6./SG 2 after some 500 combat sorties. Second photo marked ‘Anapa, June 1943’ when this unit - presumably at that time still part of II./Sch.G. 1- transferred to reinforce 17. Armee’s defense with some 25 Fw 190 A-5 fighter bombers, most likely withdrawn from the region for the Kursk offensive. Second image from the bottom, ‘..celebrating the 2000th Feindflug, October 1943..’ Beutelspacher was KIA over Romania a few months after the award of his RK. Portrait photo bottom. 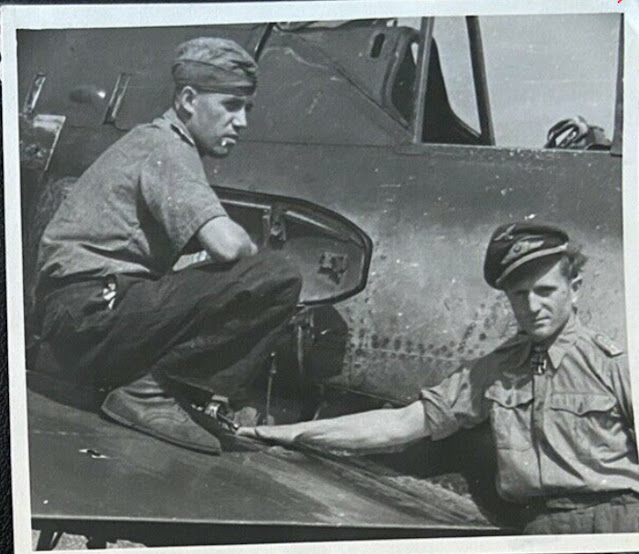 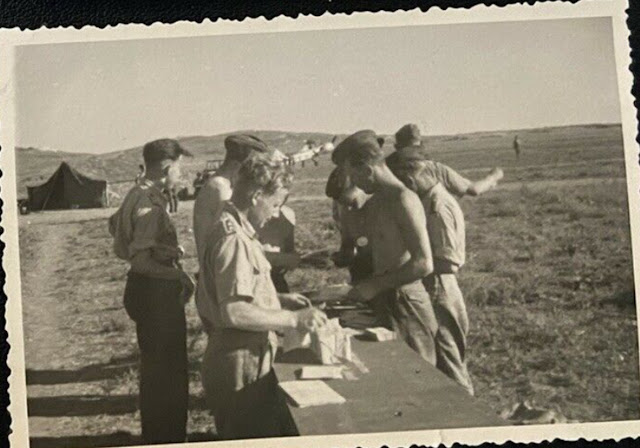 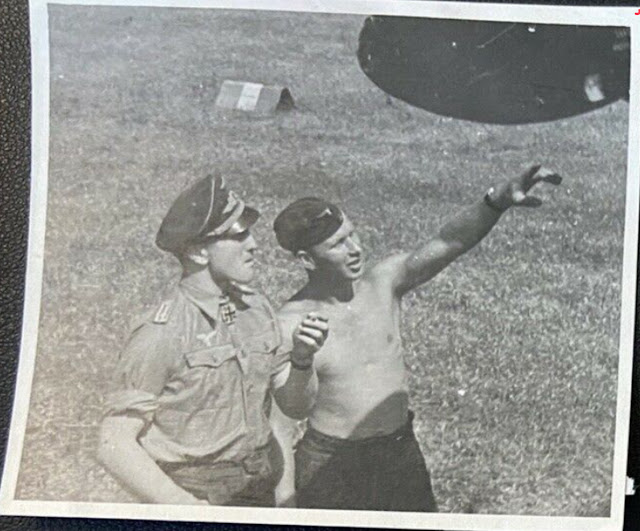 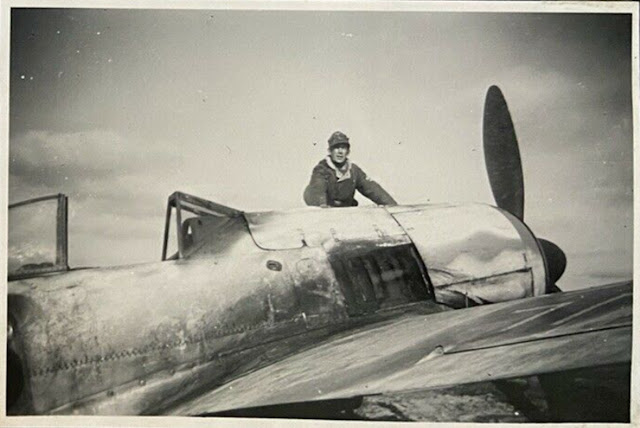 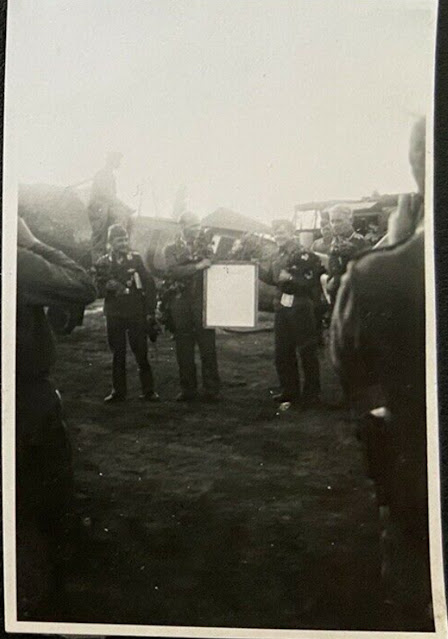 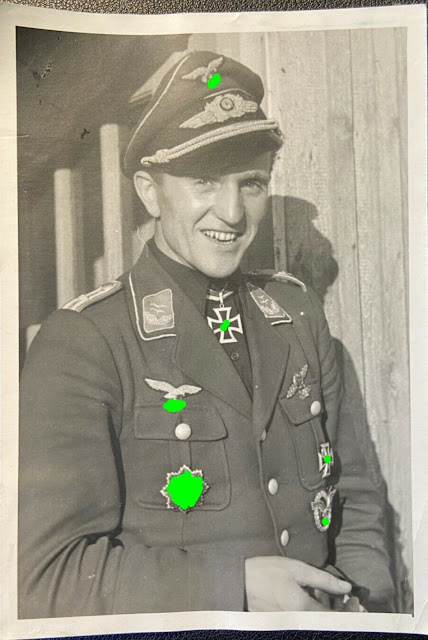