" a present from the Nazis " - captured Messerschmitt Bf 109 Friedrich of I./JG 26, St Margaret's Bay near Dover, filmed by British Pathé 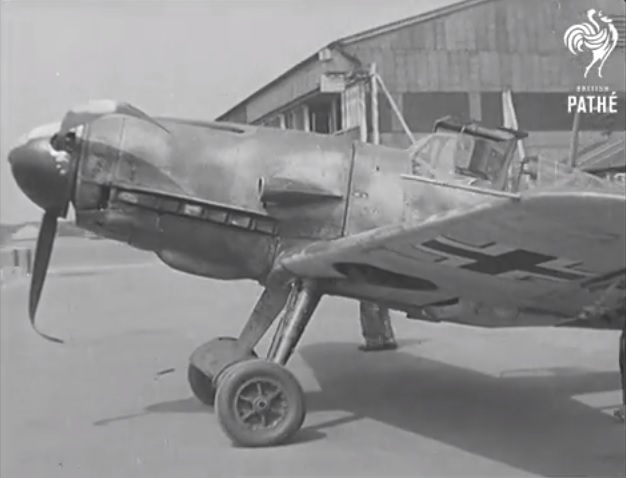 Messerschmitt Bf 109 F of I./JG 26 captured after a forced landing near St Margaret's Bay near Dover in July 1941, filmed by British Pathé 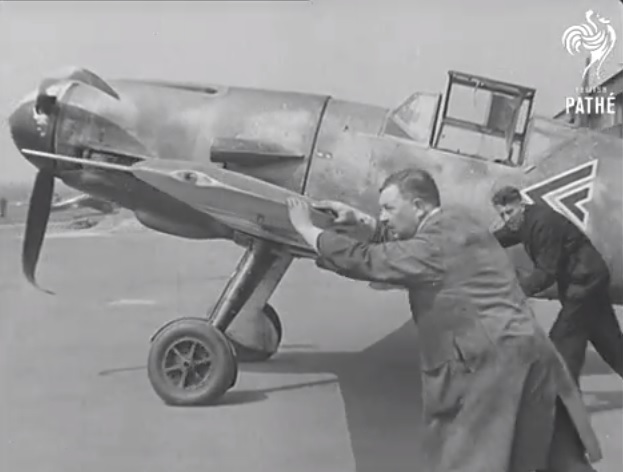 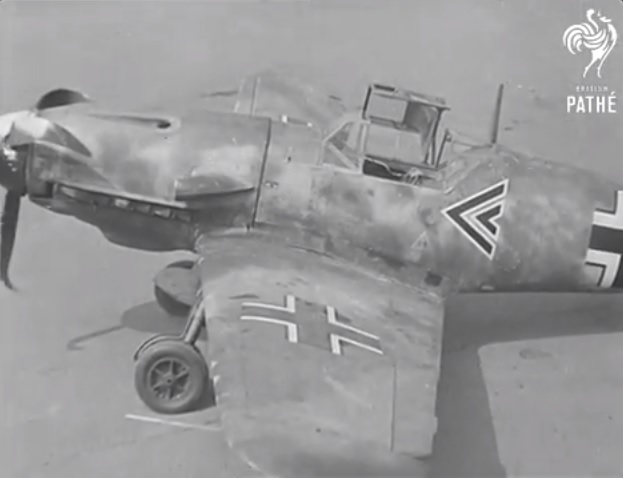 " ....the Nazi pilot, a certain Captain Pingel, who wears corsets and claims to have destroyed 22 British aircraft, thought he could outwit the RAF gunners...as a result of his swollen-headedness all the closely guarded secrets of the plane are disclosed to our research experts....."

Bf 109 F-2 WNr. 12 764 was belly-landed along the Dover-to-Deal road on 10 July 1941 by Kommandeur Hptm. Rolf Pingel following an engagement with RAF four-engined Stirling bombers. Note the segmented spinner and the wing upper surface colour demarcation. Coded ES 906 by the RAF, the aircraft was lost on 20 October 1941. Below; a single click to view.. 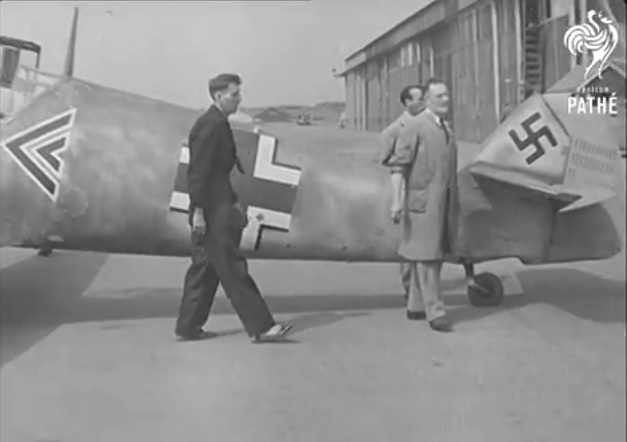 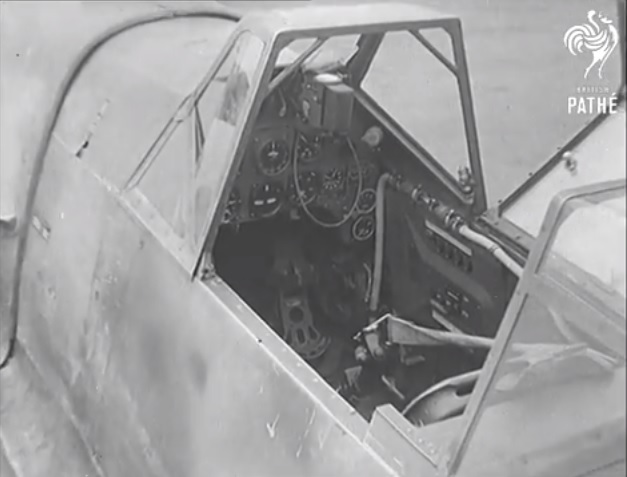