".. For a long time I have been trying to find photographs or details of the FW-190 flown by Fw. Siegfried Lemke of I./JG 2 in September 1943. I've posted to all the Luftwaffe forums and basically drawn a blank. Little known about him and very few photographs, none that I have found showing his aircraft other than one from 1944 with him standing beside the rudder of a FW-190 showing his scoreboard at the time. However, looking at Luftwaffe records, for a number of the victories he claimed in September 1943 it shows his unit details as 2 I/JG 2. He was appointed Staffelfuhrer in I./JG 2 in early September 1943. Lacking details of exactly what aircraft he did fly, other than in all probability a FW-190 A5 or FW-190 A6 at that time, can anyone tell me what the unit markings were for 2./JG 2 in September 1943? The camouflage seems fairly standard from the photos, profiles and descriptions, it is mainly the unit markings that have me stumped. So what colour used for markings, etcetera. Was it typical for different roles to have a defined or different number of marking applied eg for Staffelfuhrer? I am trying to build a representative FW-190 to provide the other half of the story of a RAF Mustang Mk.IA that was shot down by Lemke in September 1943. The Mustang Mk.IA pilot who was shot down is a friend of mine and this is a part of the closure process after all these years -the story of the Luftwaffe pilot who shot him down and resulted in him being a PoW in Stalag Luft III for the remainder of the war ". (Colin Ford)

Colin's question concerns what many researchers would like to know: details of Siegfried Lemke's particular machines. Unfortunately, there's a reason his searches have drawn a blank - the details are not yet known. 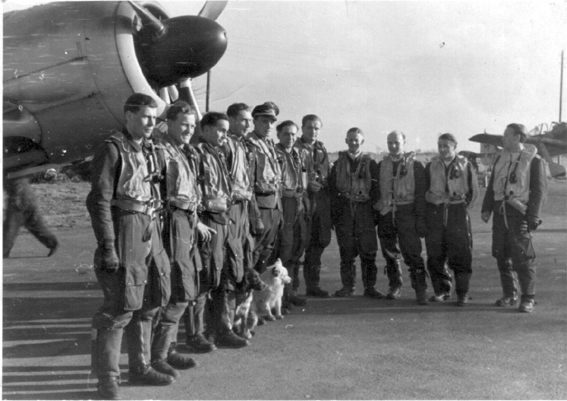 OKW annoucement dated 14 June 1944, confirming the award of the RK to the 23 year old ace of 1./JG 2 after his 45th victory (sic). Below; Lemke congratulated by Hohagen. 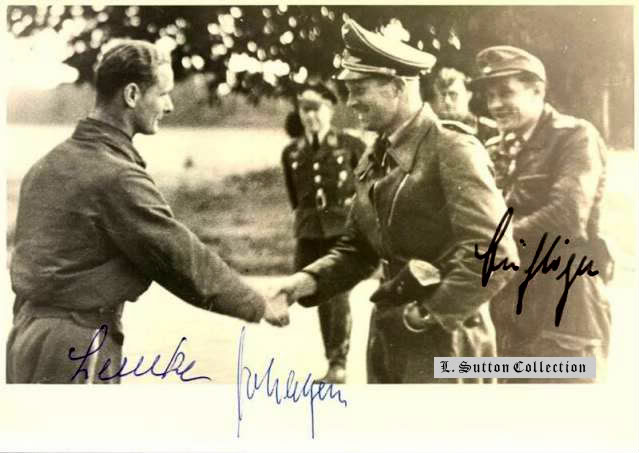 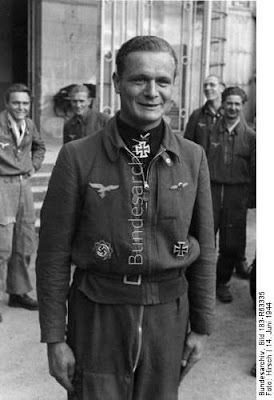 At the time of the D-Day landings Lemke was Staffelführer in 1./JG 2 (page 16 Frappé, " La Luftwaffe face au débarquement allié ") Lemke claimed three victories on 7 June 1944 taking his score to 43. He was awarded the RK on 11 June (see BA photo above) for 44 victories. The well-known images of him alongside his Fw 190 A-7 WNr. 430674 show his rudder marked with 48 victories. This is the only machine of Lemke's that can be identified with certainty - but it was lost on 14 June 1944, near Evreux, possibly following a combat with Typhoons of which he claimed one.  This machine may have featured a white number of 1./JG 2, but it is always possible that he was flying an aircraft from another Staffel.  Whilst the exact details of his 14 June bail-out are unknown (Frappé), there are no WAsT details because he was not killed or badly wounded.  The following day, Lemke claimed two Spitfires, one east of Evreux.  (pages 18-19 Frappé " La Luftwaffe face au débarquement allié "). Few JG 2 pilots survived the war, and putting together a detailed bio is near enough impossible. It is not known if  Lemke's logbook has survived.  Lemke himself survived the war and died in the mid 1990's.