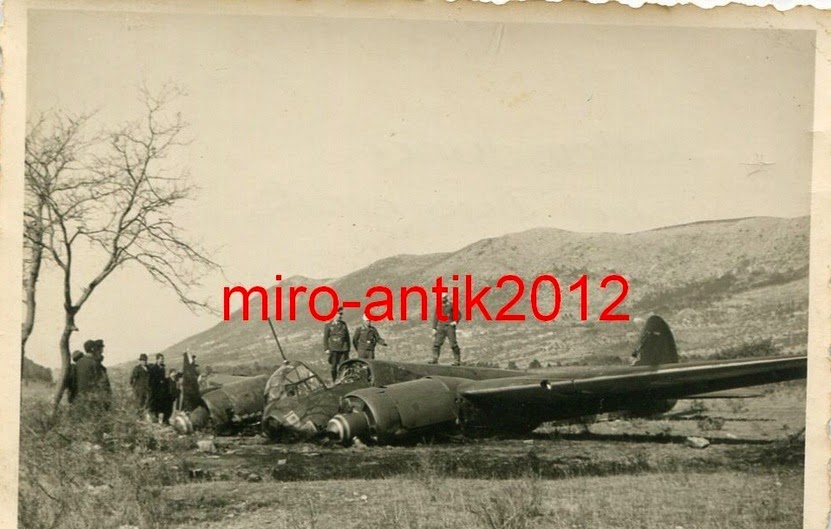 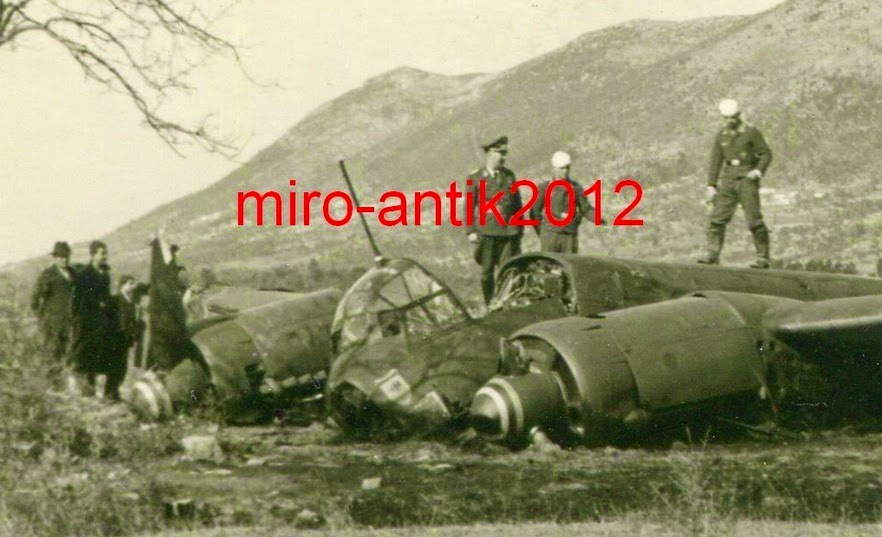 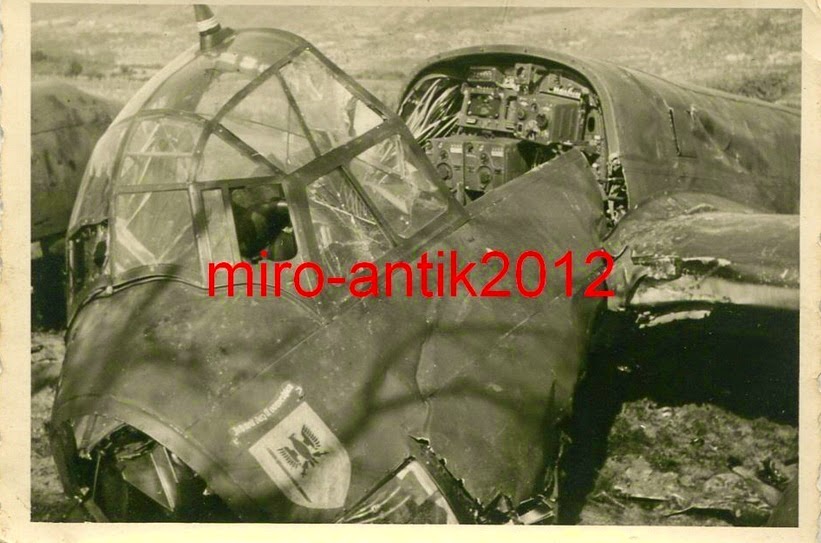 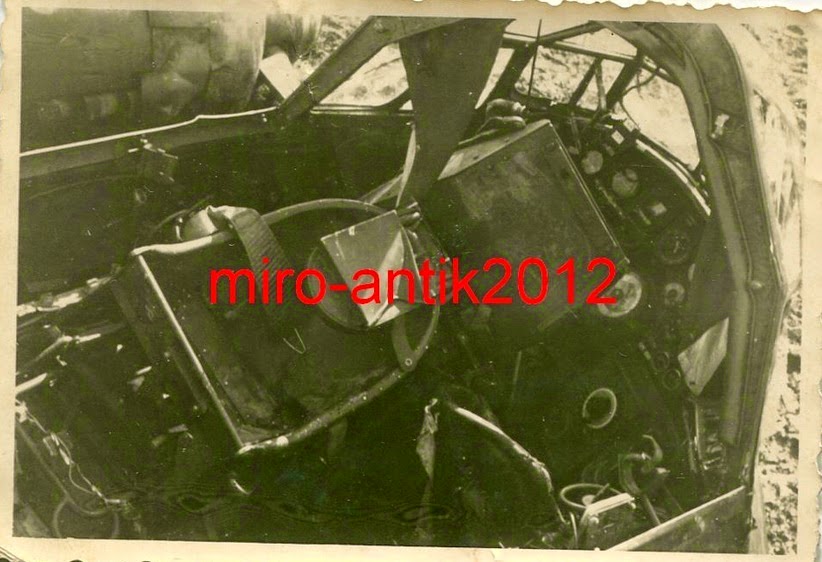 Above; crew seen examining the wreckage following their crash-landing.." a view from inside the fuselage.." 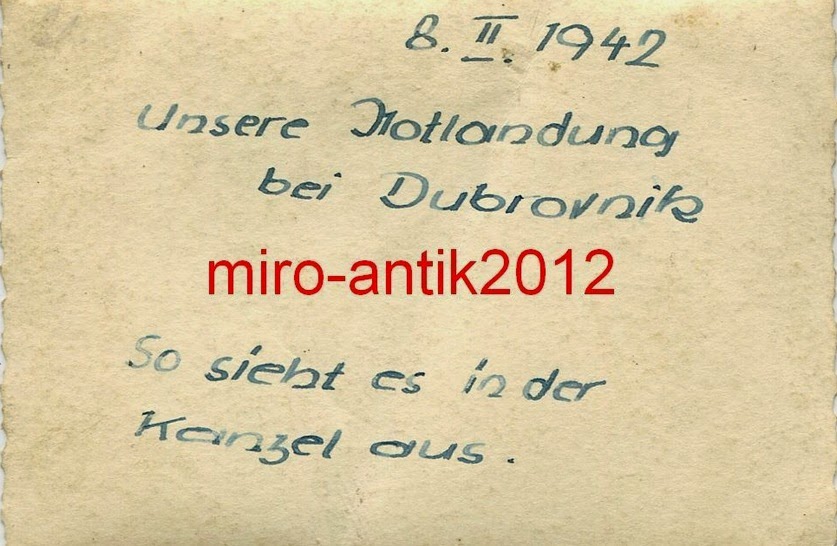 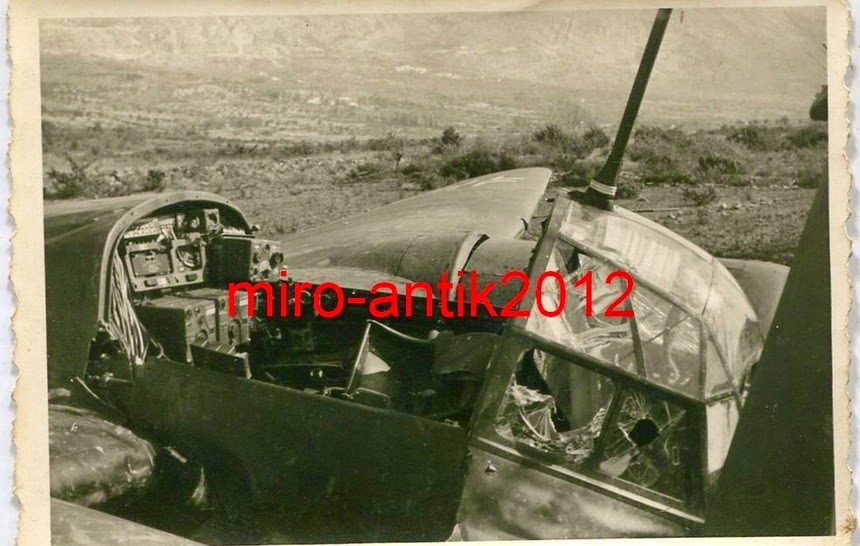 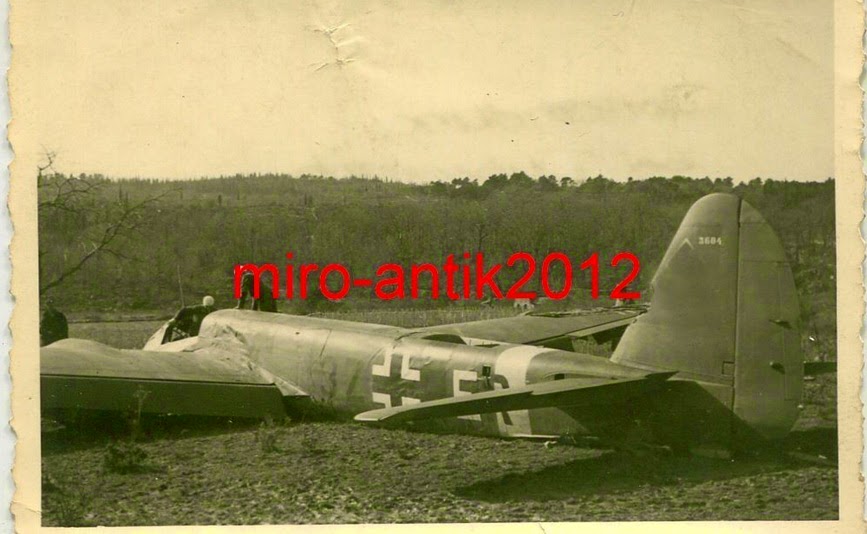 In order to save you unnecessary worry I must inform you that over the next few days you will not receive any mail from your son.  Returning from a combat sortie your son's crew had to carry out an emergency landing most probably because of bad weather. Despite communications difficulties we have received a telegram informing us that the crew are at an Italian field hospital at Ragusa in Croatia and that they are all safe and well. From this we must assume that the crew were able to bale out and have escaped injury. As soon as I know more I will of course let you know..." 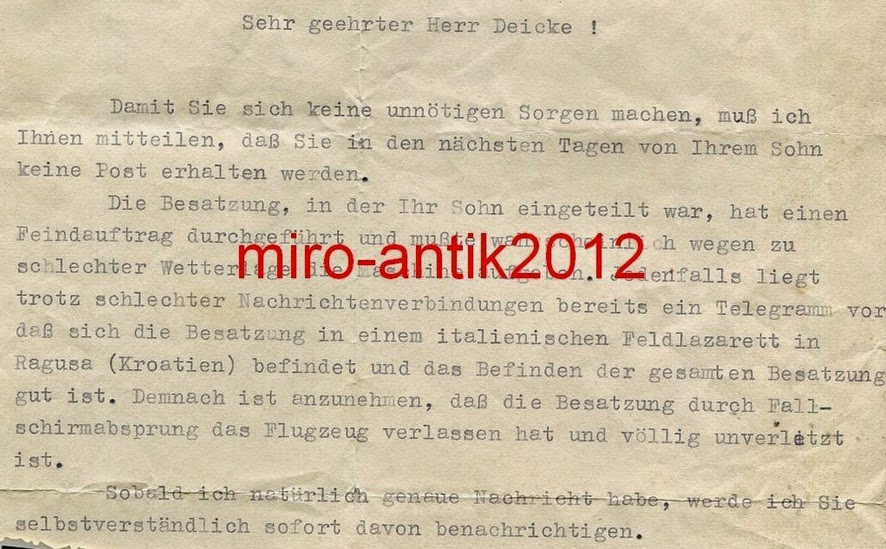 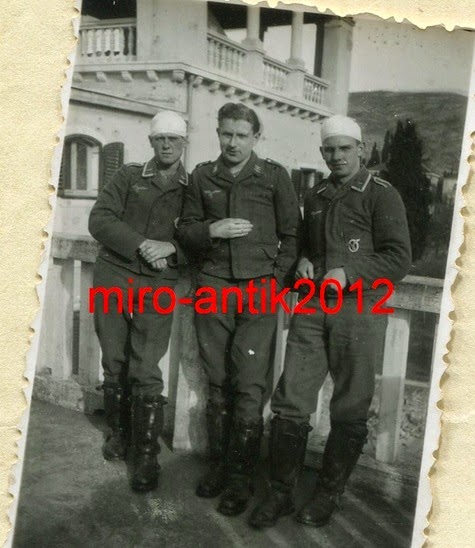 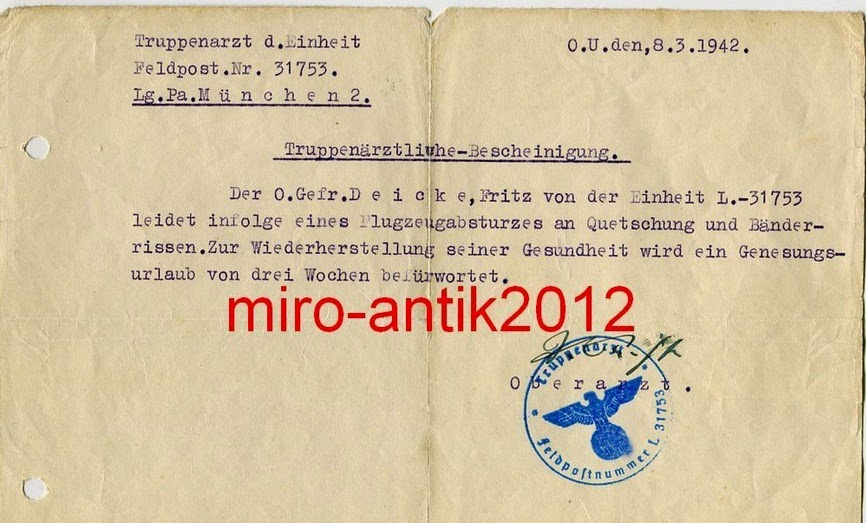 Photo set currently on offer here
Posted by FalkeEins at 04:18