Due this month a new-352 page Osprey hardback by leading Luftwaffe and aviation historian Robert Forsyth that tells the full story of the operation mounted by the Luftwaffe to supply the trapped and exhausted German Sixth Army at Stalingrad as the clock ticked down and the pocket tightened in appalling weather.....battling against a lack of transport capability, worsening serviceability and increasing losses the Luftwaffe fought to maintain a determined presence over the ravaged city on the Volga, even when the last desolate fog-bound and snow-swept airfields of the Kessel (pocket) had been lost.

" We learned from Division that the Russians north-west of us had launched an attack against the Rumanians and broken through along a wide front. This was repeated on 20 November in the south. On 21 November the Regiment learned that the enemy spearheads had met near Kalach-on-Don encircling our 6. Armee. Initially it was a shock for all of us. How could something like this happen? Had those at the top fallen asleep? Were there no German units supporting our Allies. We could find no answers to that. I was convinced though that this Kessel (lit, 'cauldron' or pocket) would not last long. Our command was not born yesterday and would soon break the encirclement.."

" What could the Führer's idea be? 250,000 men are involved here and we cannot sacrifice them just like that because we cannot replace them. What are the Russians going to do with 250,000 men? They will only drive them into death because they can't feed them..... What does the Führer want to prove by the fate of this army? It must have some meaning...." 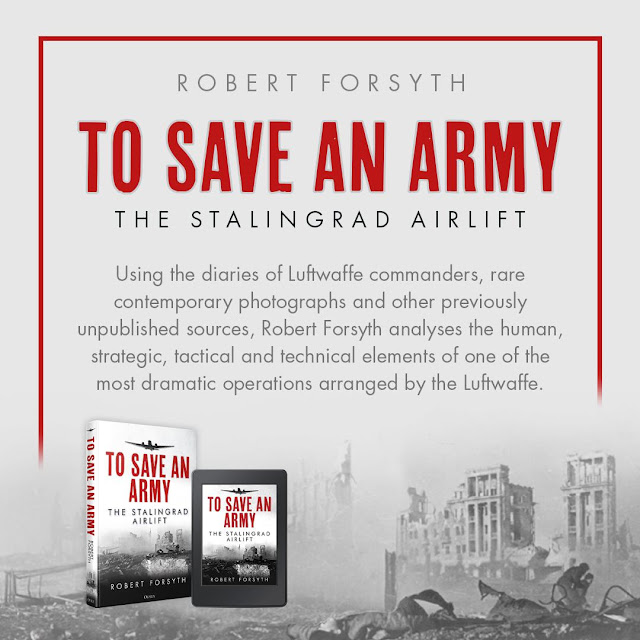 When the German Sixth Army found itself fighting for its life at Stalingrad, Hermann Göring's boast that the Luftwaffe transport force could fly in the necessary relief supplies was quickly found to be hollow. That was one reason why elements of KG 40 came to be in the hostile surroundings of Pitomnik -the other was that the Luftwaffe had a chronic shortage of small transport aircraft, let alone large ones. Heinkel He 111 bombers were pressed into a temporary transport role and four-engined types were thrown into the resupply effort even if they could not lift substantial loads. In reality, the daily tonnage required to sustain General von Paulus and his men was far beyond even the extra capacity that the Luftwaffe found.

Eighteen Fw 200s of 1. and 3./KG 40 flew into Stalino in early January 1943, the unit flying its first operation on 9 January 1943. Given the temporary designation Kampfgruppe zur besonderen Verwendung 200, this force under Maj Hans-Jürgen Williers, flew their first sorties into the Kessel on 9 January, off-loading some 36 tons of supplies and evacuating 156 wounded troops. But Stalino was 500 kms from Stalingrad and the base had no facilities for large four-engine types. Russian pressure was such that the unit soon reverted to air drops by parachute, each Condor carrying four containers under the wings.

Serviceability of the large aircraft was complicated by the lack of infrastructure and the appalling weather conditions and the type remained a rare sight in the skies over Stalingrad.
With Stalingrad all but lost to the Germans, KGr.zb.V 200 was transferred to Zaporozhye and in total the Condors flew some 41 resupply sorties before the collapse. In addition they flew 35 transport missions over the Crimea before being withdrawn back to Berlin-Staaken in February. Those aircraft that returned to Germany - nine Fw 200s having been lost in Russia - were amalgamated into a new 8./KG 40 based at Bordeaux-Merignac under Luftflotte 3. 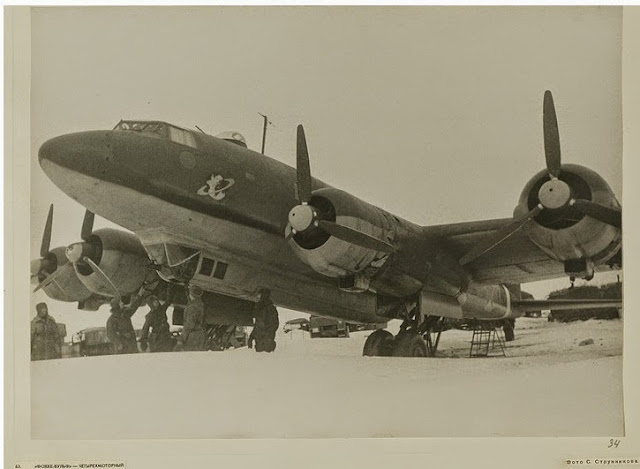