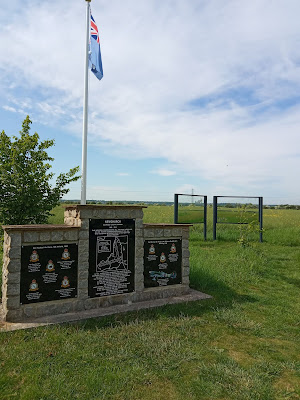 Newchurch is a small village three miles west of Dymchurch on the south Kent coast. During the spring and summer of 1944 it was home to 150 Wing - squadrons 3, 56 and 486 flying Spitfires, Typhoons and Tempests under Wing Commander Roland 'Bee' Beamont. The airfield was opened as an 'advanced landing ground' (ALG) to the first squadrons of Spitfires in July 1943 to escort US bombers based in East Anglia. The site is flat and clear and two intersecting runways were constructed using Sommerfield track landing strips laid stright onto the grass and two 'blister' hangars were erected for aircraft maintenance.
In April 1944 squadrons of Spitfires, Typhoons and Tempests arrived, providing air cover during the ‘D-Day’ landings.Two more 'blister' hangars were built. Conditions on the airfield were spartan, with pilots and ground crews living in tents on the field. In June 1944 the Tempests were ordered to deal with the new threat of the V1 flying bombs ('Doodlebugs'). The first Doodlebug shot down by the Newchurch Wing was on 16th June 1944 and the final tally of V1s shot down by the Newchurch Wing was 638. Commander 'Bee' Beamont's personal tally was 31 V1s brought down - the Tempest could reach 530 mph in a shallow dive!
After months of intense activity, when the threat posed by the V1s had subsided, the Wing were moved on to other duties. In September 1944 the site was returned to agriculture. 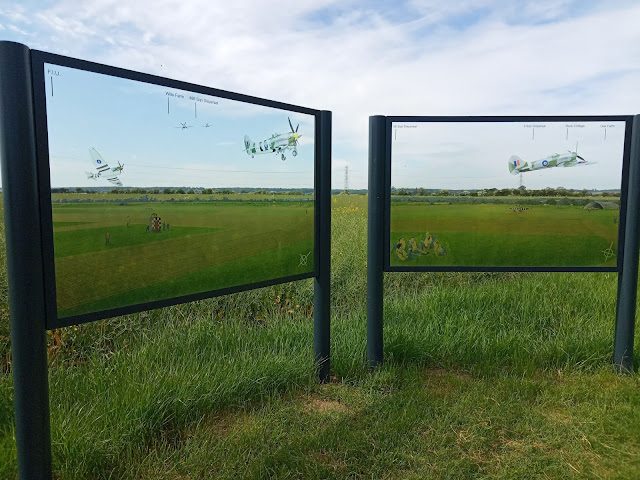 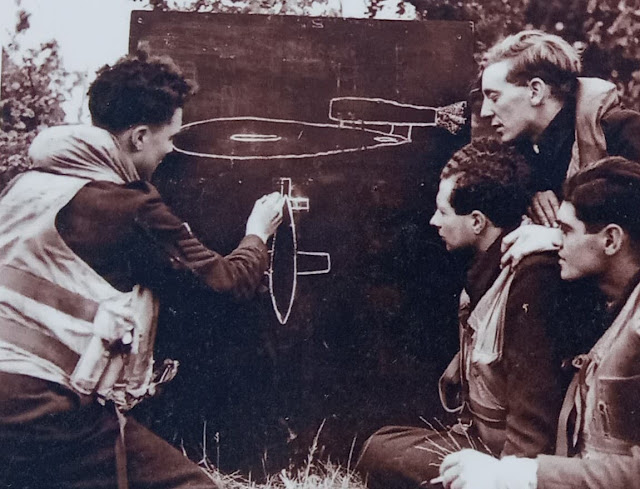 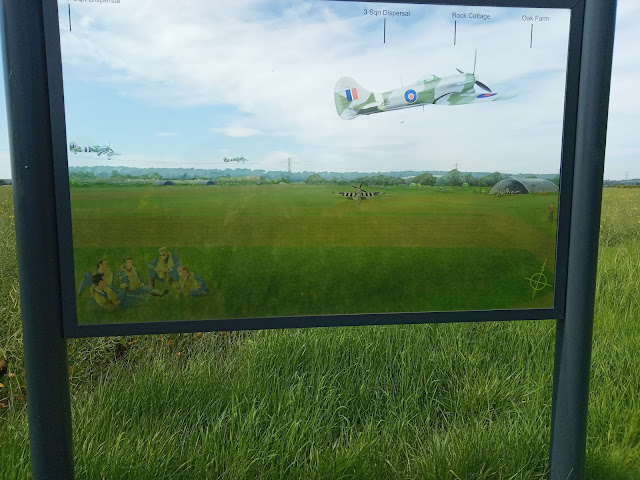 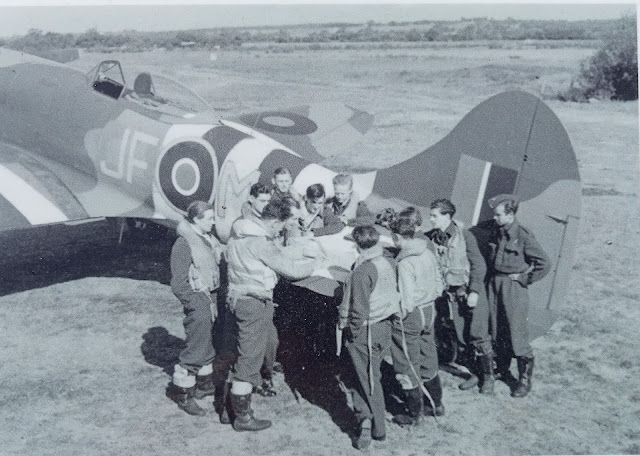 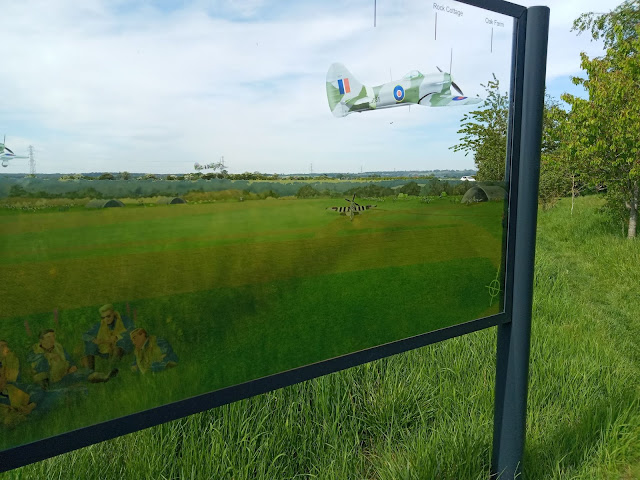 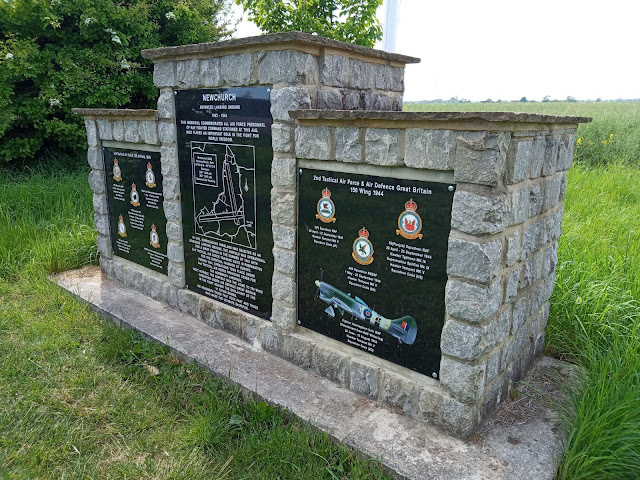 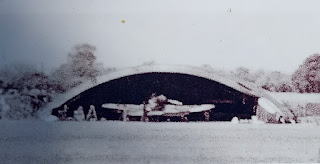 The memorial was unveiled on the site in 2017. 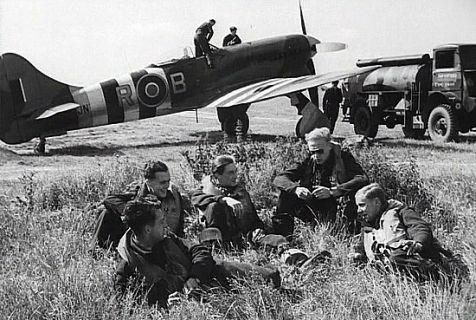 Below a silent film shot in 1944 showing operations and daily life at Newchurch ALG featuring Beamont and his R-B. At around 3:40, Flight sergeant Rose, who shot down the first flying bomb in daylight, draws a sketch on the blackboard for the Intelligence Officer and other pilots... (IWM CH 13428 above). A single click to view here...

3 Sqn Tempest V based at Newchurch - one of twenty artworks in BATAILLES AÉRIENNES N°93 entitled "V1 SUR L'ANGLETERRE" the most recent account of RAF fighters in action against the V1. French-language, superbly illustrated. 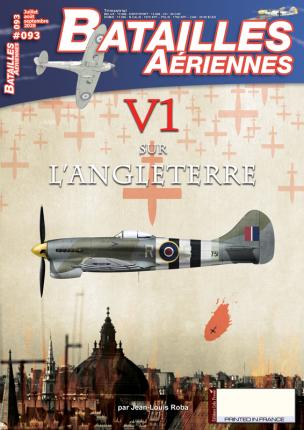