A few years ago there was some talk of Eduard 're-inventing' the 72nd scale scene and while their Spitfires, Fw 190s and Bf 110s were good, IBG models with their PZL series and now their new Dora family really seem to have taken up the '72nd scale' baton in a big way. I was keen to see how well this one would go together - the in-box appraisal elsewhere on this blog really got the juices flowing.

First up, note the incredible 'finesse' with which the parts are molded. The fuselage halves especially are the thinnest I've ever seen on a 72nd scale kit. 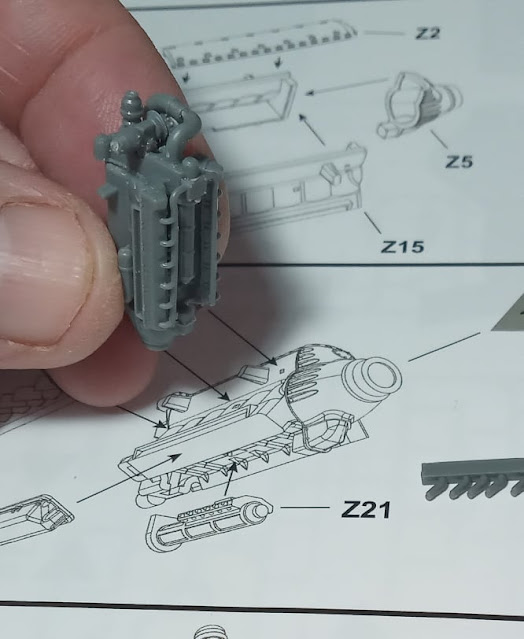 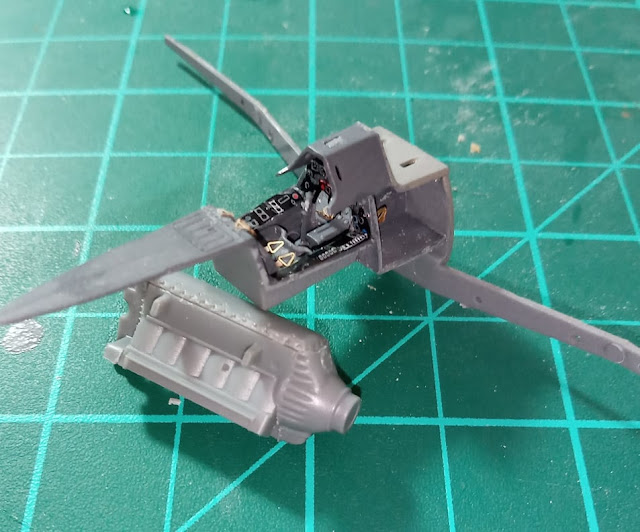 Both cockpit and engine are assembed together with the upper cowl MGs and inserted between the fuselage halves. I deviated a little from the assembly instructions by securing the engine bearer arms first before adding the engine. Location of the exhaust ejector stubs is a little vague (and they are incorrectly numbered too). 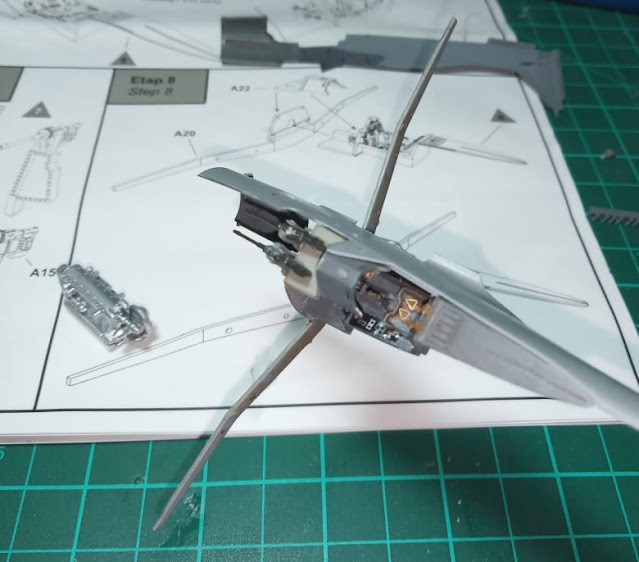 The engine firewall is nicely detailed too although mostly hidden behind the MG magazines. This part makes up the rear wall of the undercarriage well. 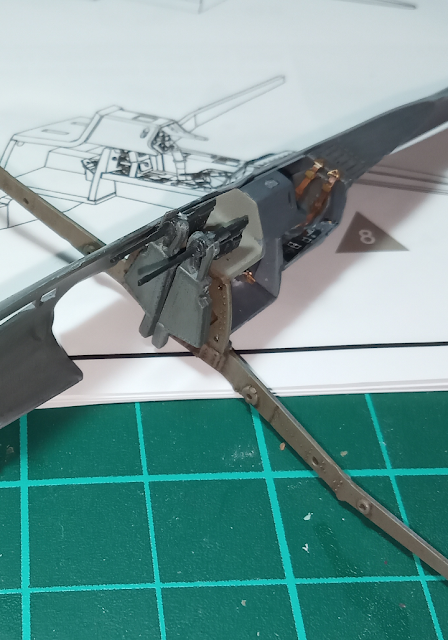 I must admit that I was a little worried about the whole assembly fitting into the fuselage halves - the new tool Airfix 48th Mustang is a bit tricky in this respect too - but there were no problems with this kit and the exhaust ejector stubs lined up easily enough too. Level of detail for a 72nd kit is impressive - it looks tricky but goes together pretty well. 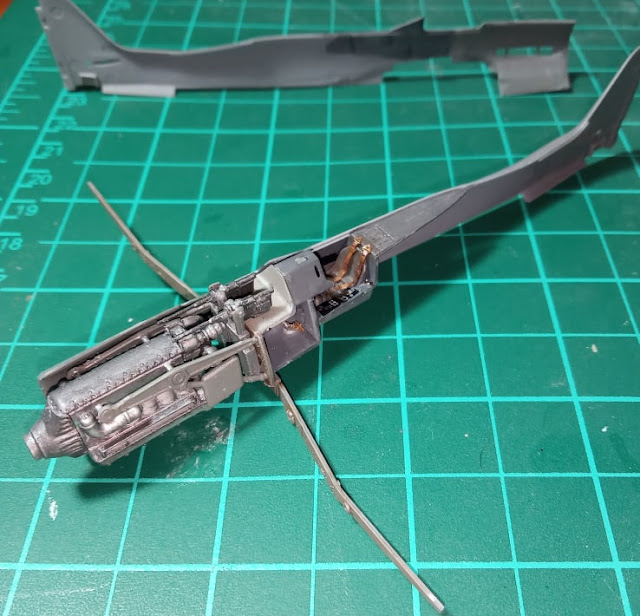 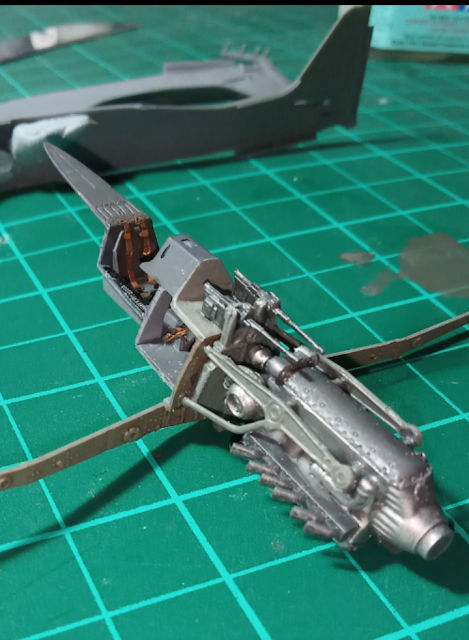 Below; fuselage halves together with no issues and the lower wing section test fitted - stages 1-11 out the 22 build stages now completed so I'm approximately half-way through the build. Note the very restrained surface detailing- apparently the rivets and panel lines are a 'deal-breaker' according to some. Which is ridiculous. They certainly don't worry me. In fact the fuselage 'strengthening strips' - barely discernable here - should be a little more prominent in my view and I will probably add some plastic card strips to replicate this.. 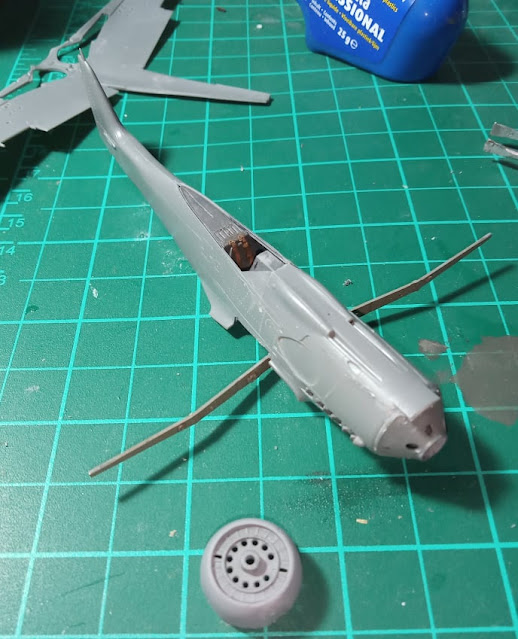 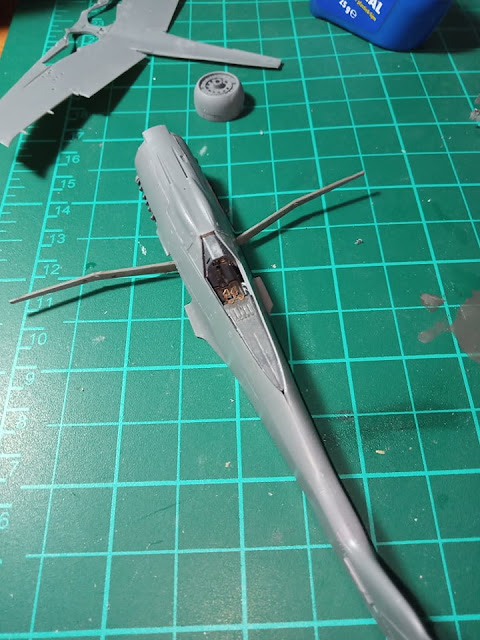