It is perhaps not generally realised that the Junkers Ju 88 medium twin bomber - along with its successor the 188 - saw some limited service post war with the French naval air arm  and the types were in fact still flying well into the 1950s. Following the Armistice in June 1940 the Vichy French authorities had very quickly opened negotiations with their new German masters in an attempt to preserve employment and some of their manufacturing base in France. On the table was an offer to produce spares for German aircraft manufacturers and establish overhaul and repair facilities for aircraft operating from French territory. This offer was quickly taken up and led to the establishment of so-called Frontbetriebreparatur or FBR plants - advanced overhaul facilities. Junkers set up their FBR at Villacoublay south of Paris. With Ju 88s operating from no fewer than thirty eight aerodromes throughout France at the height of the Battle of Britain the French quickly gained a certain amount of expertise on the type. As the Germans were expelled from French territory during 1944, determined efforts got underway to re-establish the French aviation industry. As would be the case with other Allied nations, great interest was shown in all manner of weapons systems and aircraft produced by the aircraft manufacturers of the Third Reich. There was another motive for what was to follow - the parlous state of French industry and a total lack of foreign currency naturally led the French to want to seek to exploit the huge quantities of war materiel - spares, parts, tools and jigs - left behind by the retreating Germans. 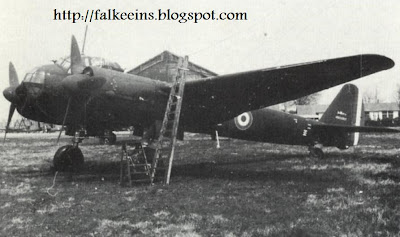 Seen at Villacoublay in 1947 at the Aérosudest works this is Junkers Ju 88 No. 74. Aérosudest started refurbishment of the Ju 88 for the Armée de l'Air in 1944. A number of the type were also 'constructed' from spares..


From late 1945 the French Navy - La Marine- set up various departments charged with ‘recovering’ war material seized by the German occupiers and also with ‘repatriating’ German aeronautical technology, principally airframes and engines captured by the Allies as they occupied Germany. A key effort here was made to entice the ‘brains’ behind German aviation developments to set up in France. So with the agreement of their British and American Allies Junkers 52s were ferried from Sylt via Felixstowe, while Fieseler 156 and Messerschmitt 108 aircraft were flown back to France (through Dutch airspace) from Leck to Les Mureaux. With British permission Bramo engines (for French Dornier 24s) were shipped from Germany to Bordeaux, while more stocks of said engines were sought out in Yugoslavia ! In Bordeaux, stocks of Focke Achgelis Fa 330 autogyros destined for Kriegsmarine submarines were located. Studies were conducted into the practical arrangements for installing German MG 131 and MG 151 machine guns and cannon into French SBD-5 Dauntless aircraft and a French Wellington was even equipped with a Berlin radar set.

French interest in these aircraft and equipment was not just for the purposes of scientific and military research. It was also partly motivated by a lack of foreign currency – in the immediate post-war period British and American war materiel was simply too expensive for the French. Re-using German equipment was cost-effective and usually of reasonable quality. These were the reasons that led to the decision to use the Jumo 213 to power the SO-8000, since the British Griffon was too expensive to be imported. The S.N.C.A.S.O. ejection seat came directly from Heinkel. Six years after the war the French escadrille 58.S found themselves having to replace the dilapidated life-jackets used on-board the French Navy’s first helicopters - the unit had been equipped with old German stocks!


One key area of interest for the French were the areas of ‘hi-tech’ research being pursued by the Germans in the field of armaments and weapons – specifically torpedoes and what today would be termed ‘missiles’ – the Fx-1400, FK and Hs-293. The French naval air arm set up a specialist group to study these – GANES run by Lt. Decaix which became a specialist unit in its own right, the CEPA. The Ju88 was to play an important role post-war in French Navy weapons testing. I'll look at this in more detail in a future post.
Posted by FalkeEins at 12:06