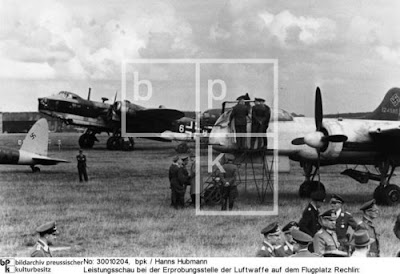 On 3 September 1943 an important Leistungsschau or exhibition was held at the Luftwaffe Erprobungs or test centre, E Stelle Rechlin (Mecklenburg). A crowd of  of high-ranking members of the Generalstab and the Rüstungsstab - Milch, Galland and Speer all attended - hosted by Oberst Petersen, Kommandeur of the E Stelle, enjoyed a demonstration of the latest German types and weaponry. Both Beuteflugzeuge captured types (including a Short Stirling and DH Mosquito in the picture above) and the latest Luftwaffe aeronautical achievements were on show in a "display of the strength of the Luftwaffe" according to press reports.

At this stage of the war the Luftwaffe hierarchy must have been confident in the apparent superiority of their aircraft and weapons systems - according to at least one source, it was while attending this exhibtion that Speer was handed a telegram by Milch effectively cancelling full scale production of the Me 262 on Hitler's orders - the new jet was surplus to requirements for winning the war!  Other pictures taken at the same event show GfM Milch and armaments minister Speer in discussion in front of the Ju 88 V-45, a prototype which had a jet engine slung under its port wing for testing. The top secret He 219 nightfighter and other types then in development such as the Ju 88 P with its enormous 7.5 cm anti-tank cannon were also on view and the flying display included such types as the huge four-engine Ju 290. A small circle of selected reporters and journalists were present at the exhibition including Hans Hubmann, whose archive is now part of the collection of the BPK (Bildarchiv Preussicher Kulturbesitz) covered in an earlier post on this blog. Jet and Prop magazine published a report on the exhibition in an issue dated 01/ 2001. In a second post we'll look at some of the Beute aircraft on show which included, in addition to the Mosquito and Stirling, a B-17 and Il-2.


According to Peter Petrick this is 'DH+PT' the He 219 V-4 WNr.  19004. The aerial array of the FuG 202 Lichtenstein airborne radar is noteworthy. Click on the images for a slightly bigger view. 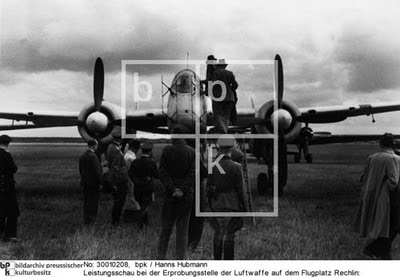 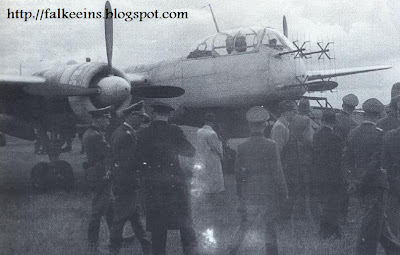 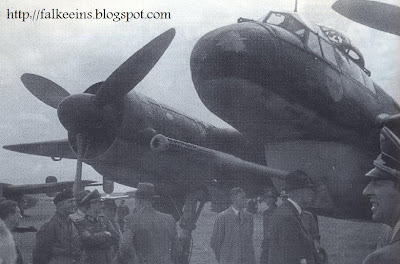 Ju 88 P with its enormous 7.5 cm anti-tank cannon housed in a ventral gondola. 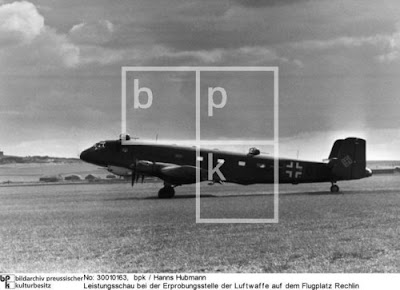 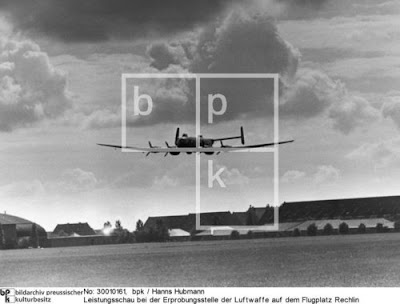