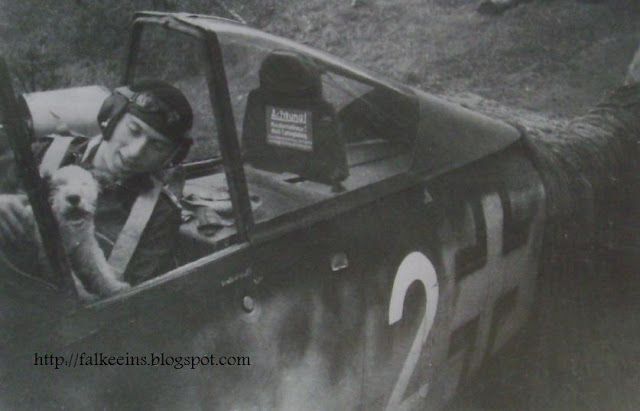 The first Focke Wulf 190 Doras entered service with III. Gruppe of JG 54 "Grünherz" during October 1944 at Achmer and Hesepe. While the first service machines undoubtedly piqued the interest of their pilots, according to Fw. Fritz Ungar of 9./ JG 54 pictured in the cockpit of "White 2" (above) the sole reason for this picture series -first published in Jean-Yves Lorant's 'Le Focke Wulf  190' (Docavia, 1980) and then later in Axel Urbanke's "Focke Wulf 190 Dora im Einsatz"- was to record the Staffel fox terrier mascot 'Struppi' for posterity. There is unfortunately no complete view of either of the aircraft. "White 2" was D-9 WNr. 210015, which was lost over Hesepe on 15 October 1944 after being shot down by 83FS T'bolts which bounced the Dora after approaching the airfield undetected in the early morning sun. The Doras were up behind Lt. Erich 'Gandi' Kolodzie to cover the landing of a pair of  Me 262 Kommando Nowotny 'Turbos' returning from an early morning sortie. Lt. Fritz Bartak at the controls of "White 2" was wounded but managed to bale out.

"Struppi" perched on the forward fuselage between the twin MG 131s - note the highly polished finish for an extra turn of speed - anything up to 20 km/h according to the pilots. The pilot in the picture is Feldwebel Paul Drutschmann who would be shot down and captured unharmed on the Dutch-Belgian border during Bodenplatte on 01/01/1945 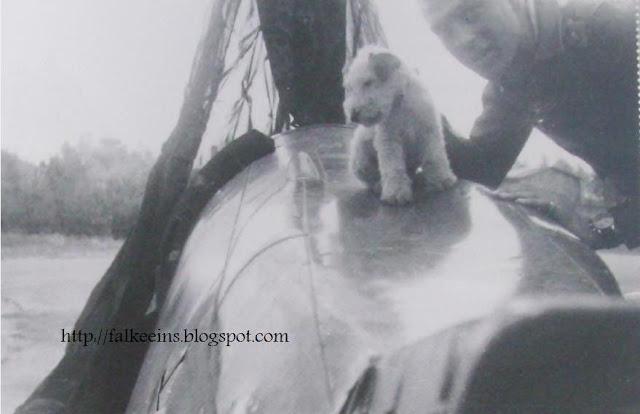 Two more views of 'Struppi'  -  enjoying the attention of the mechanics of 9./JG 54 perched on the horizontal stabiliser of  "White 3",  the eighth series production machine (Wnr. 210008) and again on Ungar's lap in the cockpit of  "White 3". Note the jack/support under the rear fuselage keeping the tail wheel just off the ground.  It can be assumed that this aircraft is wearing its factory finish which again appears highly polished. The lower image offers a good view of fuselage reinforcing strips required by the installation of the Jumo 213 to the 190 fuselage. Photos courtesy Jean-Yves Lorant 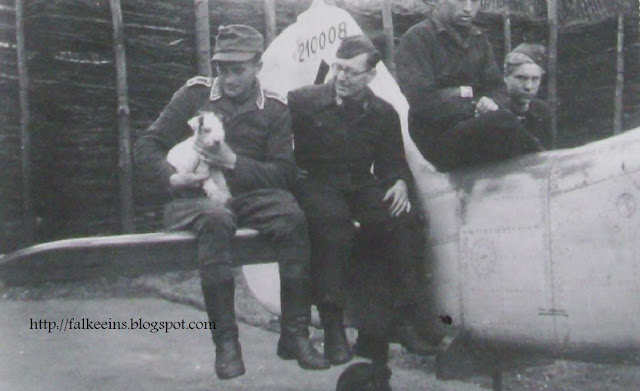 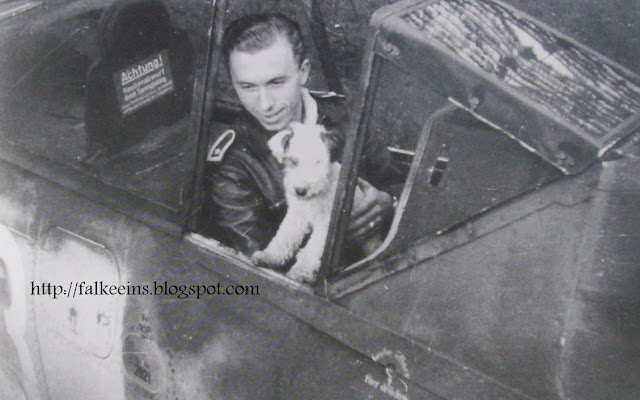