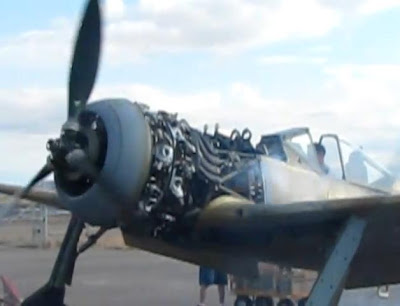 Paul Allens Fw190A-5/U3, WNr.1501227 which served with 4./JG54 complete with genuine BMW 801 on a recent engine-run...for more info about the FHC Fw 190 and its history look up 'Flying Heritage Collection' on Facebook or google the website. There is also an original Fw190 A-8 under restoration as well, but that project is not as far along. The replica Fw190s built use a substitute Russian/Chinese radial of similar power since original engines are so rare and expensive. 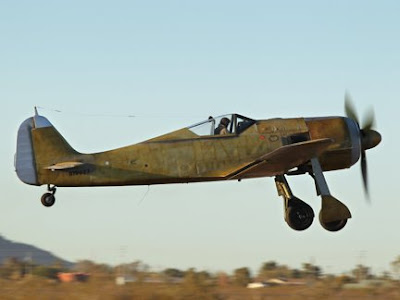 And the Flying Heritage Collection’s Focke-Wulf Fw 190 A-5 flew for the first time on 1 December 2010 - a first flight since 1943. Warbird test pilot Steve Hinton lifted into the skies for a 20-minute maiden flight to test all major systems. Hinton reported that the vintage fighter passed its trial flight with flying colors. “The plane is very light, fast, and responsive,” reported Hinton. “This lived up to the history books.” Future flights will take place though December, and soon, the rare vintage aircraft will be on its way to Washington State to be put on display at the FHC. Photo courtesy of Jim Larsen and Air Classics magazine.

More on the story of this Fw 190 and its Luftwaffe pilot, along with the first published photo of its new paint scheme here
http://falkeeins.blogspot.com/2011/02/flying-heritage-collection-fw-190-a5.html

A single click on the video allows you to watch it here.