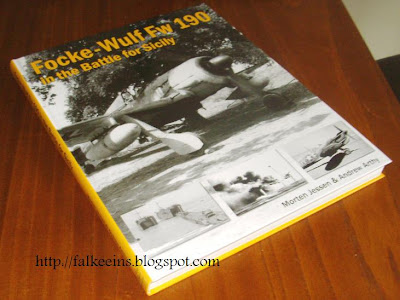 First impressions of this superlative new publication from Morten Jessen and Andrew Arthy - both the bare facts and a little personal commentary if I may. Many reading this will no doubt recall receiving emails a number of years ago from a teenage Fw 190 enthusiast called Andrew Arthy - I know I do. He was solliciting help in putting together his Butcher Bird web site and I was pleased to be able to send him some profile artwork I had just completed. I wasn't able to offer him much more than that at the time since I was working with Jean-Yves Lorant and Richard Goyat on their massive 2 volume JG 300 history published by Lariviere in France (and which I later translated for Eagle Editions). However a number of years later when Andrew was seeking photos for his first work 'The Fw 190  in North Africa' written in collaboration with Morten Jessen, it was an easy enough matter to put him in touch with Jean-Yves who had written a chapter on the Fw 190 in Africa in his ground-breaking 450-page Docavia Fw 190 publication back in 1981 - as a teenager. Recognising a kindred spirit no doubt and keen to encourage young research talent Jean-Yves sought my advice about collaborating with Andrew and Morten and I urged him to do so. The rest as they say is history. Let me just say here -since he has been very ill but is now happily on the road to recovery- that Jean-Yves' photo contribution to this latest work (in collaboration with Peter Petrick) is outstanding. That's the first 'personal' observation. A second comment is worth making. When examining this book I recalled a post on the TOCH forum a number of years ago by a reputed researcher who wrote that he saw little point in enthusiasts producing 'partial' histories of small units in side-show theatres ( 'this is not 'real' history') when offering comments on Andrew and Morten's first book. Or words to that effect. Well, he has been proved spectacularly wrong again with this latest sumptuous offering from Andrew and Morten devoted to the Fw 190 in the battle for Sicily and published through their own Airwar Publications company. Comparisons with the ground-breaking (that word again!) JV 44 volume produced by the fledgling Classic Publications a number of years ago seem to me to be easy to draw. It is very clear that the authors have carried out a considerable amount of extremely thorough research and it is remarkable that they have unearthed so much new material. The presentation too is quite simply superlative.  This a large-format 220 page hardback of the very highest quality, replete with beautiful photographs, fantastic profile artworks and plenty of previously unpublished personal accounts. Morten's work on the layout and design is absolutely first-class - very 'clean' and uncluttered - and there is little or no 'white space' at all. Dipping in and out I can report that the book itself reads like a thriller and will no doubt delight all those who like to actually read a unit history rather than thumb through a collection of photographs. 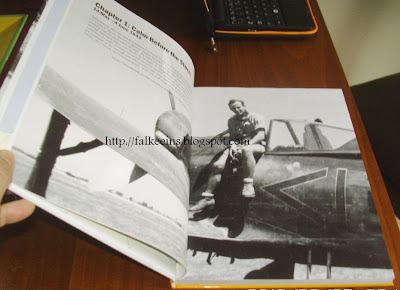 The Focke Wulf 190 played an important role in the Mediterranean air war during 1943 and this work covers in great detail the contributions of the Fw 190-equipped Gruppen in this theatre through that summer as I./Sch.G. 2, II/Sch.G.2 and III./SKG 10 - in concert with a number of other weakened Fw 190 Gruppen- took on Allied shipping and fighters massing to invade Sicily. With the fall of this island base, these units withdrew to southern Italy to continue their desperate rearguard actions. Despite facing many difficulties the Fw 190 units flew a number of effective missions in the battle for Sicily and brought some much needed respite to the hard-pressed German army. A number of veteran Fw 190 pilots have contributed in remarkable fashion to this work including Helmut Wenk, TO of 6./SKG 10 - adding both photos and accounts and some quite outstanding war-time sketches to the story - and we can only agree with him when he writes in the book's 'Foreword' that the authors have produced "an outstanding work". It is only when you read a work like this that you realise just how little is known about the activities of the Fw 190 units and the operations of II. Fliegerkorps in the Med. in mid/late 1943. So much for my initial thoughts on this work. I hope to report further after having read the entire story. Straight to the top of the 'to read' pile ! 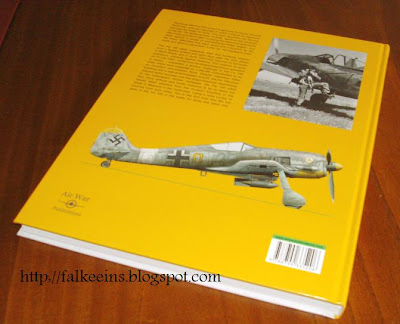