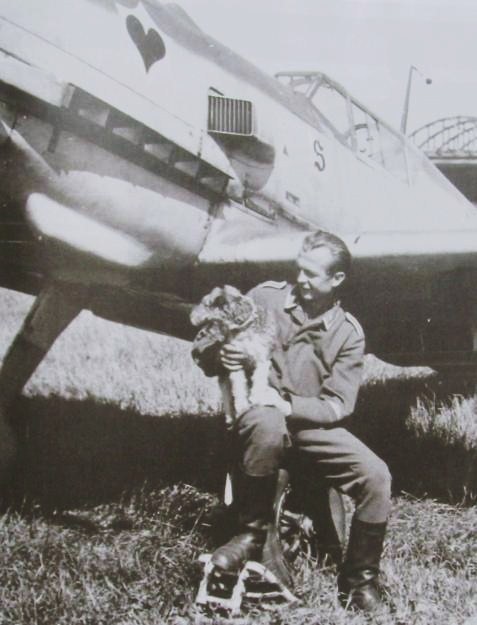 10-victory ace Lt. Josef Bürschgens 7./JG 26. Note the 7 Staffel 'red heart' emblem. Some Czech authors apparently believe this to be black....Bürschgens was shot down and taken into captivity after crash-landing near Folkestone on 1 September 1940. Below his 'White 7' after a crash-landing at Caffiers, northern France after returning from a sortie over England. 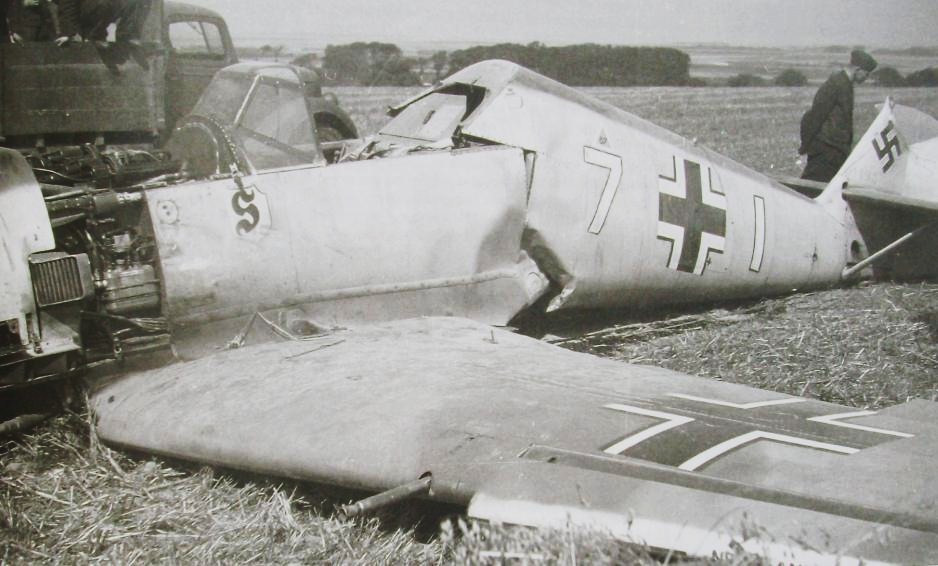 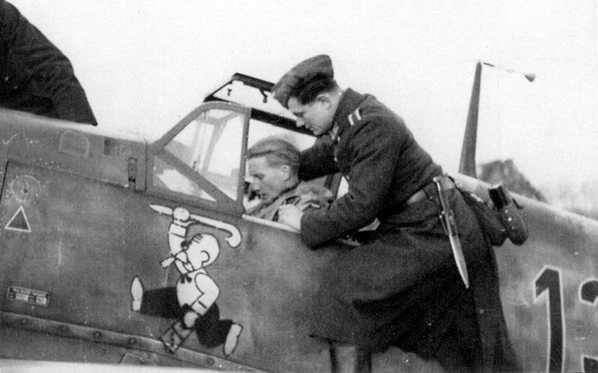 Above; Staffelkapitän Sprick at the controls of his 8./JG 26 'Adamson Staffel' Bf 109 F during June 1941. He pulled the wings off his Friedrich on 28 June 1941 in combat with Spitfires and crashed to his death at Holque. He was buried in Abbeville on 30 June 1941. 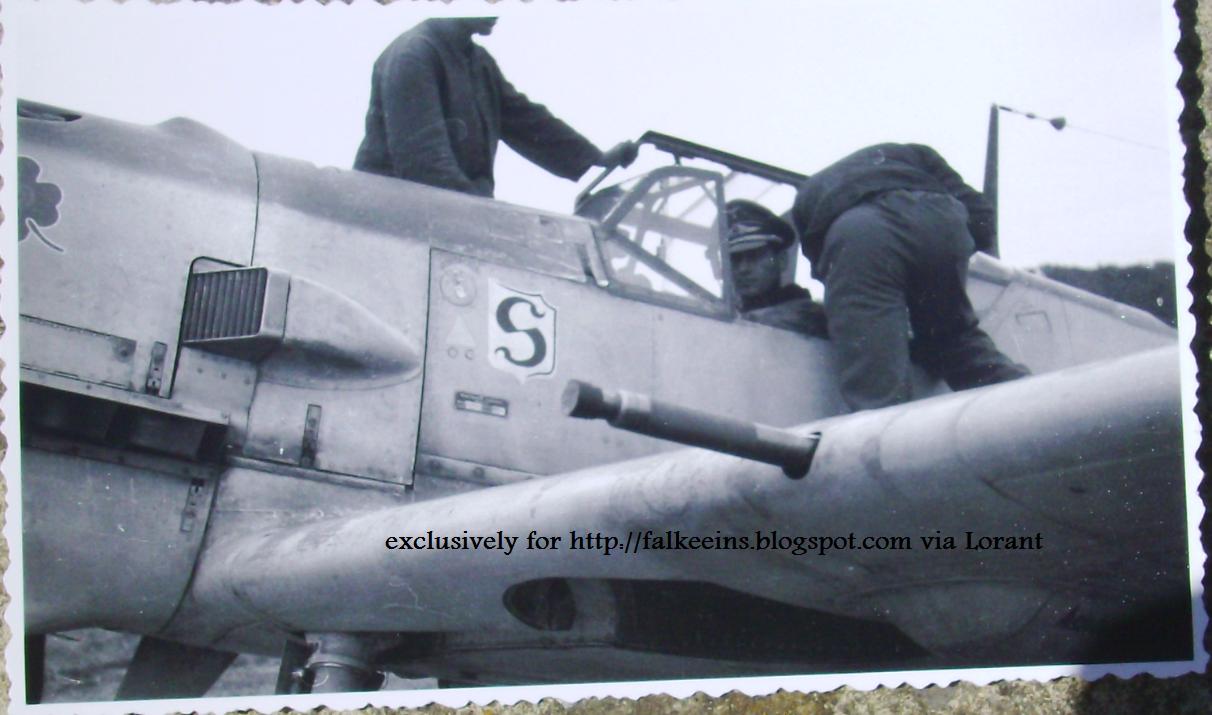 Oblt. Gerhard Schöpfel seen strapping into the cockpit of his Emil for another sortie over England, August 1940. He was appointed Kommandeur III./JG 26 on 21 August 1940 when Galland became Kommdore. Note the Stab four-leaf clover emblem on the cowl. Click on the image for a larger view. Note that more of Lorant's BoB photo collection (along with some nice Mombeeck images) were published in a three part Battle of Britain special in the 'Batailles Aériennes' series published by Lela Presse.
A poor quality repro of this image was previously published in the Jet & Prop Foto Archiv No.11 - the Stab emblem cropped out ! And talking of poor quality Jet & Prop Foto Archiv images, here's a much better view (below) of Galland's Emil seen prior to the Kommandeur's award of the RK during August 1940, 22 victory Balken on the rudder. 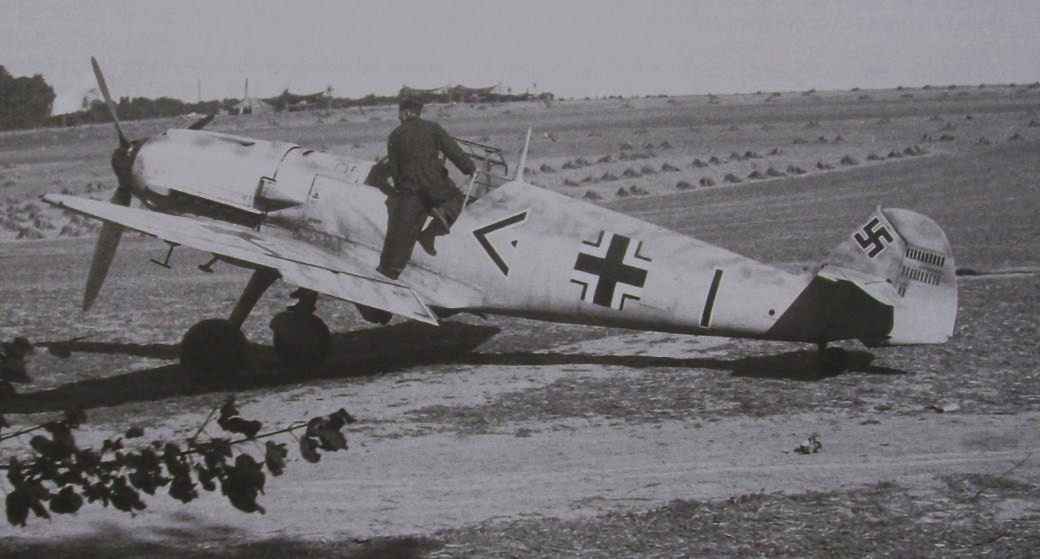 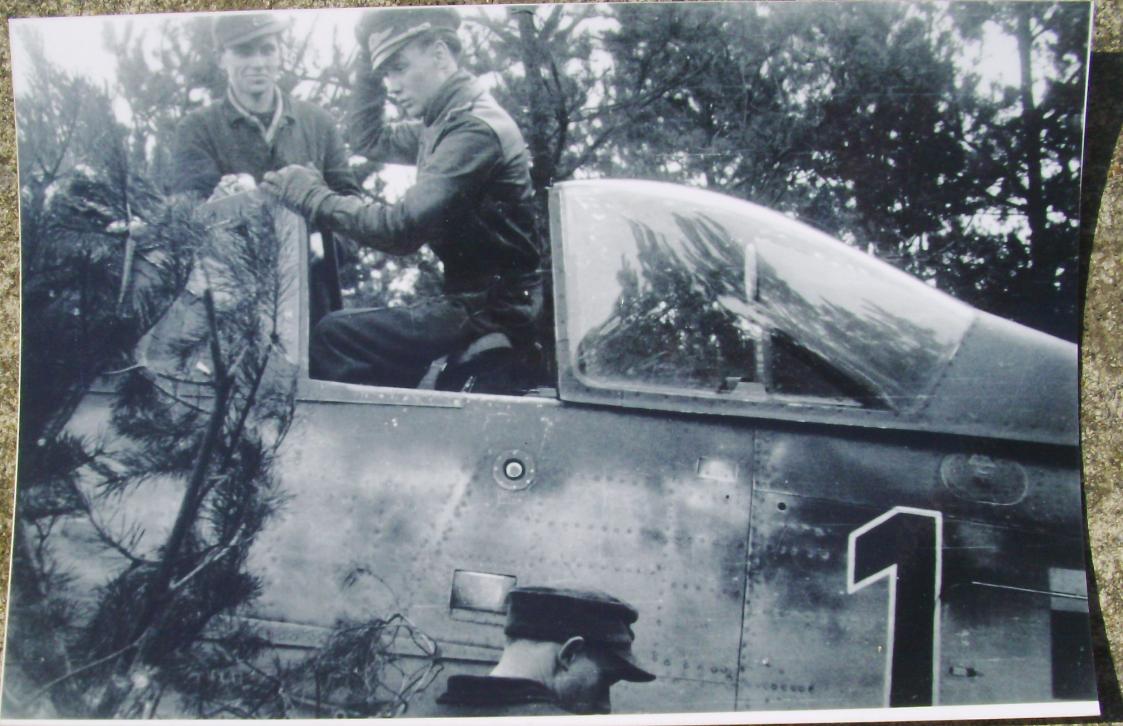 Staffelkapitän 14./JG 26 Oblt Hans Dortenmann seen here in the cockpit of ‘Black 1’, Wnr 210003 a very early production Dora-9. He flew this aircraft –despite it being plagued with engine problems- through to 5 May 1945. Although the Staffel number was ‘1’, it’s colour changed through red, black and yellow as III./JG 54 converted to IV./JG 26. Dortenmann -as Staffelkapitän 3./JG 26- finally blew his aircraft up to prevent it falling into British hands. He had achieved some eighteen victories on the type and was one of the leading aces on the D-9. Note the fuselage strengthening strips visible in this shot and the primer fuel fill aperture (3 litres) under the cockpit sill. 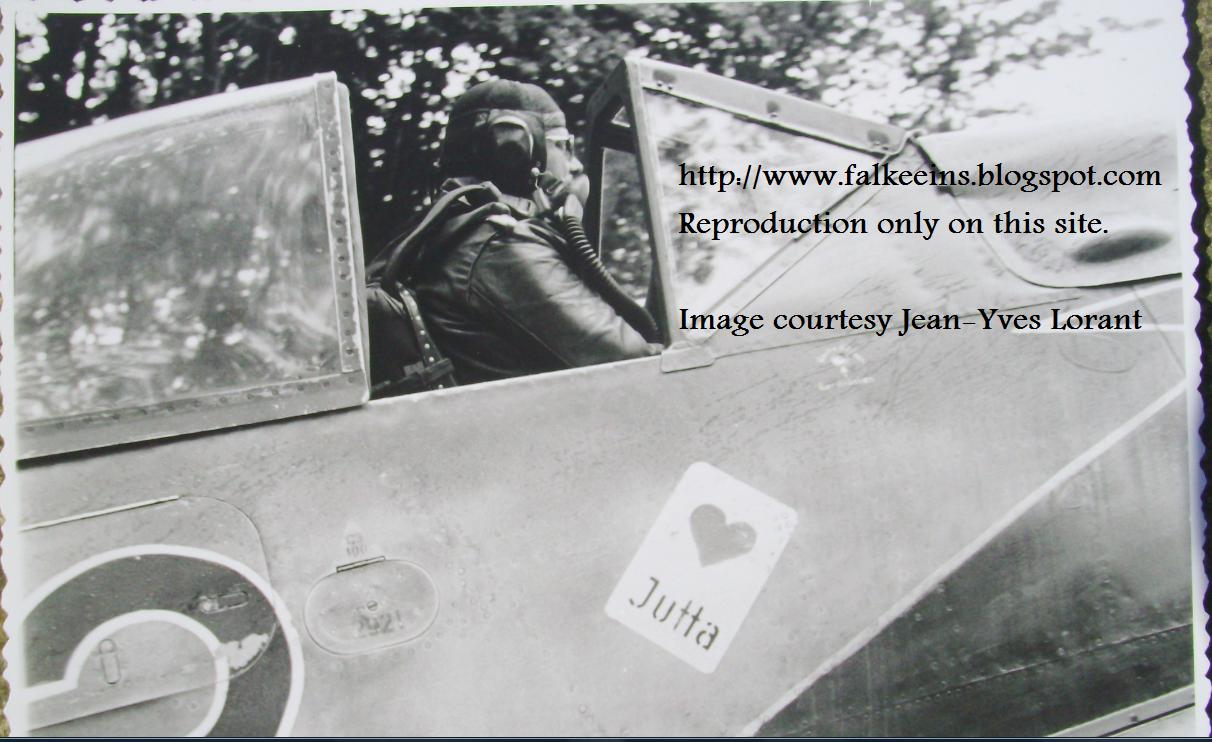 No caption necessary ! Lovely clear shot of Priller at the controls of 'Black 13'. Thanks to Jean-Yves Lorant for the beautiful photo print! 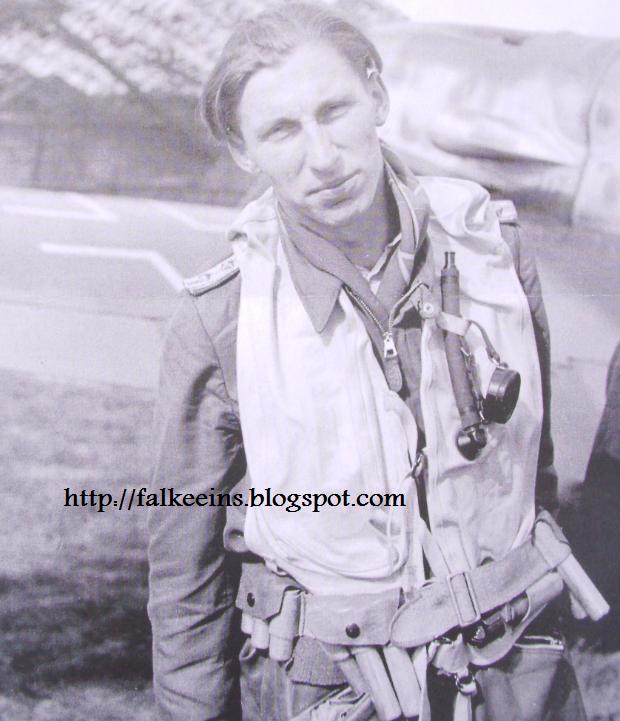 Above; a very nice shot of Klaus Mietusch, Gruppenkommandeur III./JG 26 - click on the image to view at full size. His victory over a USAAF B-17 four-engine heavy bomber on 25 July 1943 was the first of 16 four-engine bombers that he was to claim. His 50th victory was a B-17 shot down over Cambrai on 20 October 1943. During the course of the 8 March 1944 raid on Berlin Mietusch claimed a B-17 Herausschuss for his 60th victory. Mietusch was KIA on 17 September 1944 over Arnhem (72 victories) 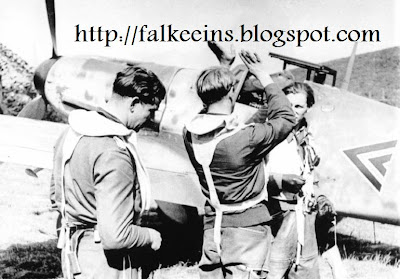