Aufklärungsgruppe Ju 88 D1 (no sign of any underwing bomb racks) probably from 1. (F) 122 based in Greece in early 1944. According to the annotation, a 'souvenir snapshot taken prior to our Feindflug (combat sortie) of March 25, 1944 which ended in a crash landing'. Interesting spinner decoration....and fourth image below, " Athens..from 800 meters.." showing the 'effectiveness' of this dappled finish in action. 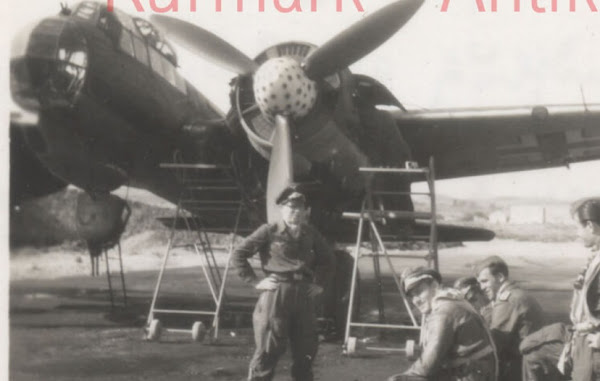 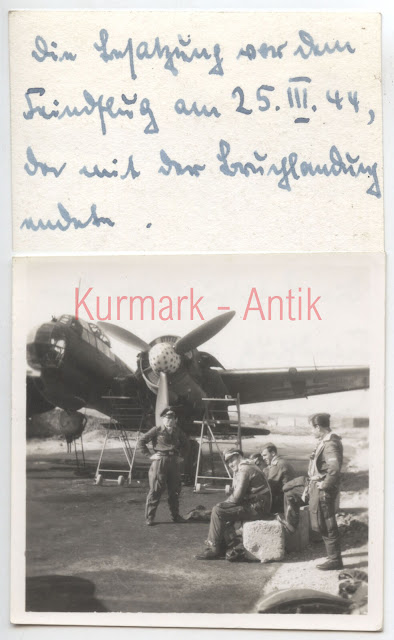 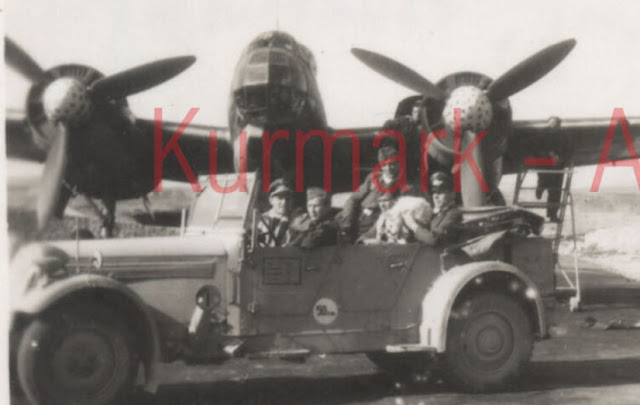 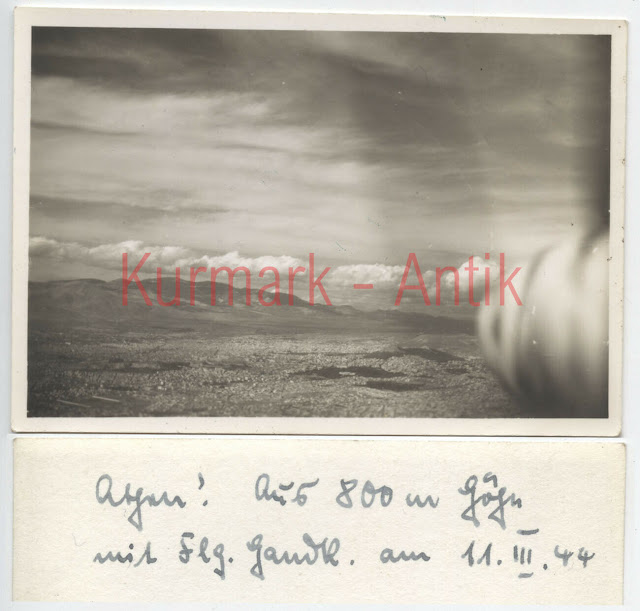 More recce machines - Western Front Phoney War Do 17 P with a 'comic' Staffel emblem depicting the British and the French (in the form of Chamberlain and Marianne) chasing a fox that has just raided the hen house.. 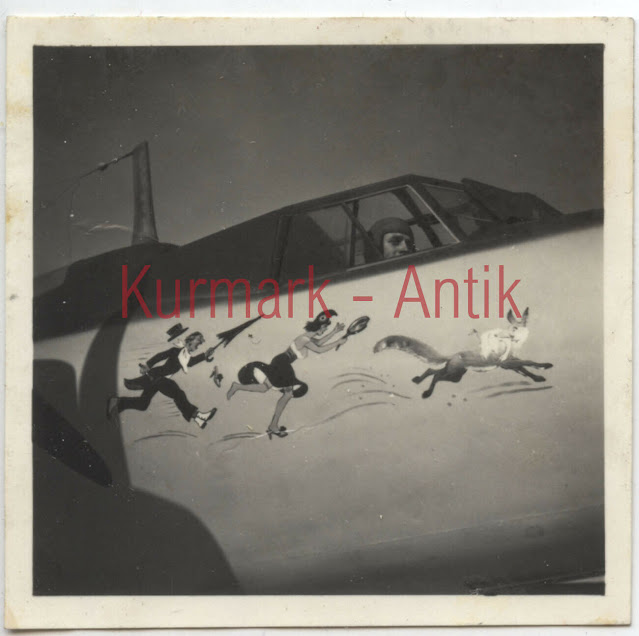 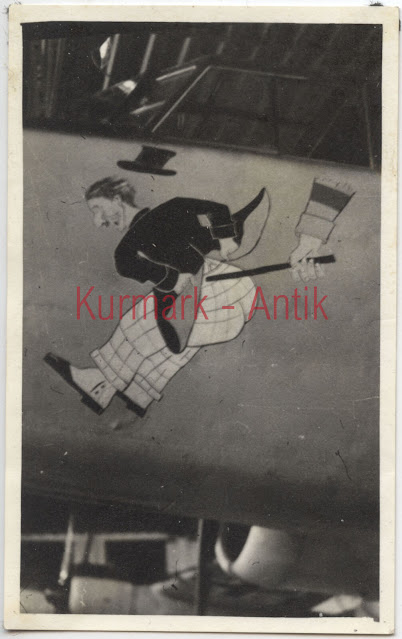 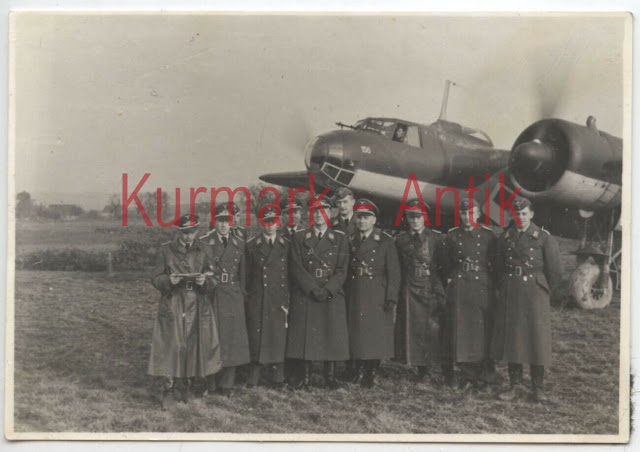 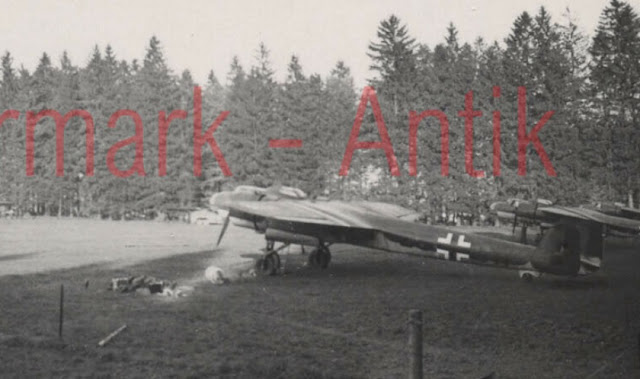