"Mersu" - the spoken term in Finnish usually for Mercedes-Benz. In the case of the aircraft, "Mersu" is short for Messerschmitt and is the title of Kari Stenmann's book devoted to the type in Finnish service. Sadly only available in Finnish, Stenmann's opus is subtitled " Messerschmitt Bf 109 G in the Finnish Air Force" and that sums up nicely what this book is all about! Larger than A4-format, 400 pages, 479 b/w- and 6 original colour photos, 24 colour plates by Karolina Holda and Thierry Dekker, 32 line drawings in 1:72 and 1:48 scales. Hstory of each machine, kills and losses.. Note that the last flight of the type in Finnish service was 1954.  See below for a short three-part video review courtesy of JJ. 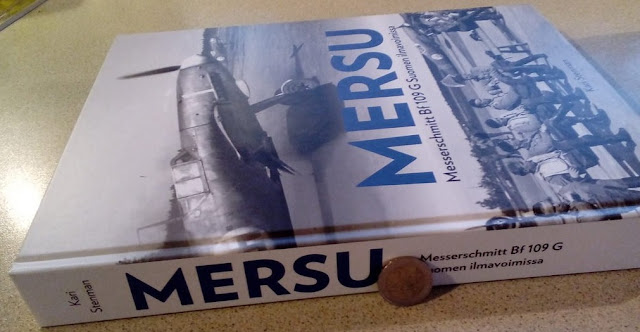 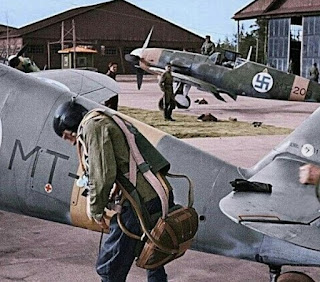 The Finnish Air Force received its first Bf 109s in 1943. A total of 162 aircraft of this type were to be purchased and the first aircraft landed in Finland on 13 March 1943. In total, 159 aircraft were taken into service, as two G-6s and one G-8 were destroyed en route to Finland. Forty-eight of these were G-2s, 109 were G-6s and two were G-8s. The Bf 109 is still the aircraft type that has served in the largest numbers in the Finnish Air Force. The aircraft carried the designation MT and a 3-digit identification number. With the arrival of the 109s, the Finns could match the latest Soviet fighters. The last of the purchased aircraft arrived in Finland on 20 August 1944, just before the armistice with the Soviet Union. 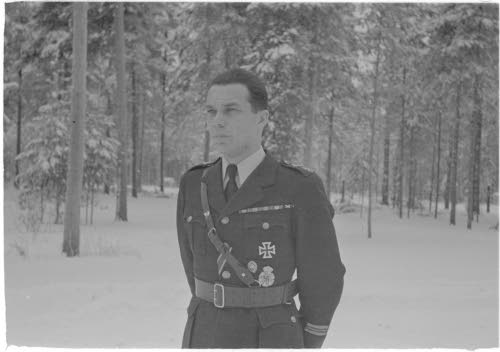 Below; two shots of SSgt Erik Edward Lyly, an ace in the Continuation War. He flew in the LeLv 24 and LeLv 34 (HLeLv 34), the two most successful fighter squadrons of the Finnish Air Force, often flying as a wingman for the most proficient Finnish ace Air Sergeant Master Ilmari Juutilainen. He achieved a total of 8 air victories during the wars. 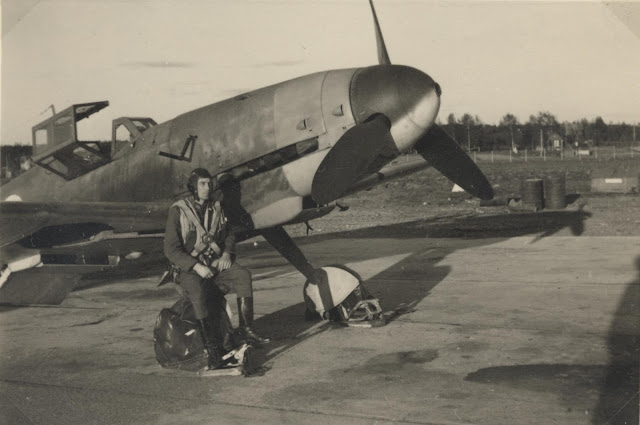 SSgt. Erik Lyly with his Bf 109 G 2 at Utti AFB, summer 1943. A good view of the Flettner tab on this tall-tailed Gustav. For more on the tall-tailed Bf 109 with adjustable trim tabs and the handling difficulties inherent to the type go here  Contending with Torque 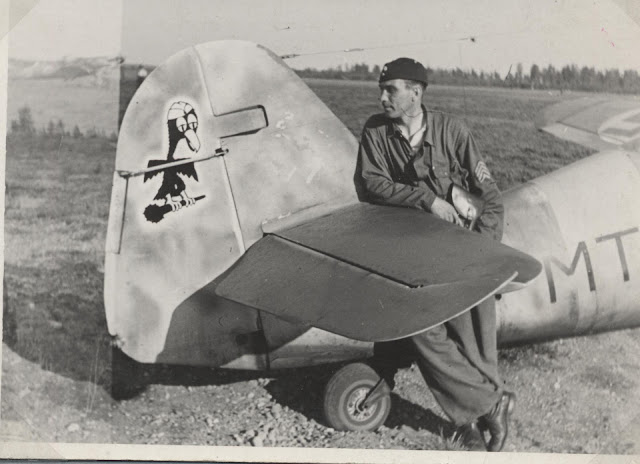 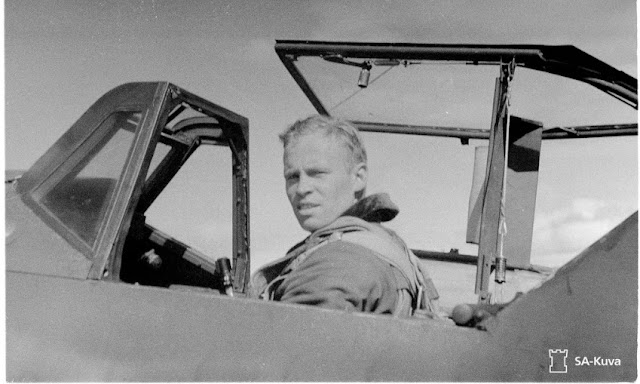 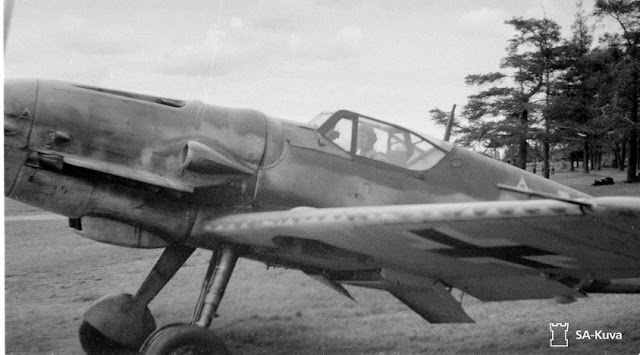 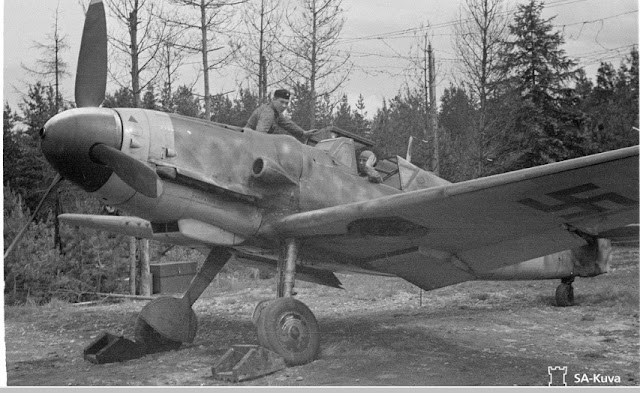 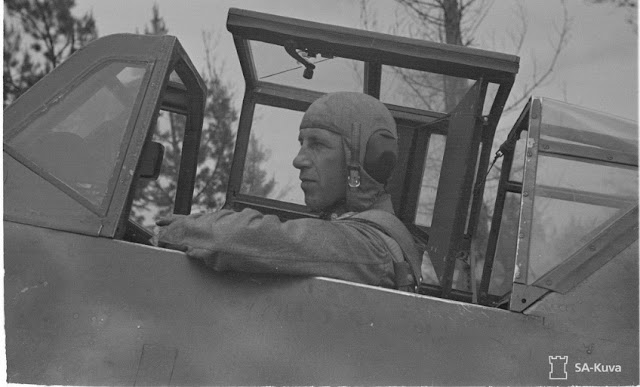 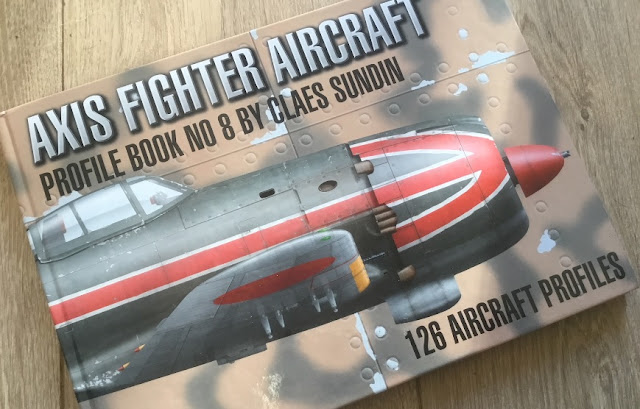 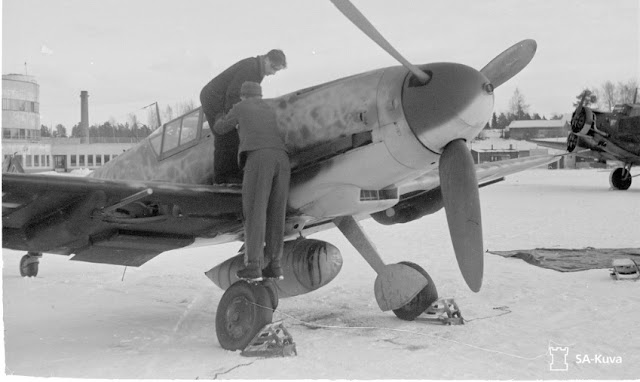 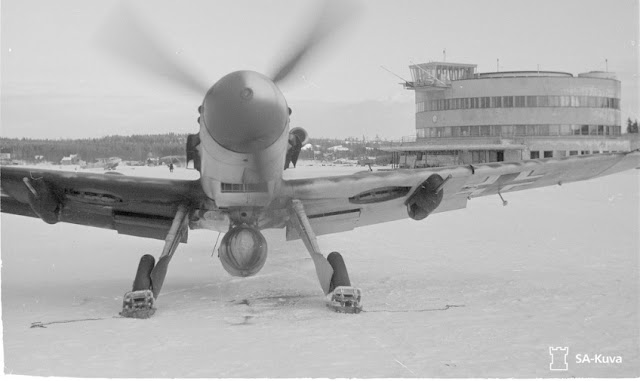 Takeoffs and landings at night on dimly lit airfields in a single-engine fighter for a sixty-minute sortie on instruments in often atrocious weather conditions required considerable feats of airmanship and accidents were a frequent occurrence. This I./ JG 302 Bf 109 G-6 has come to grief on landing during the unit's Helsinki deployment.... 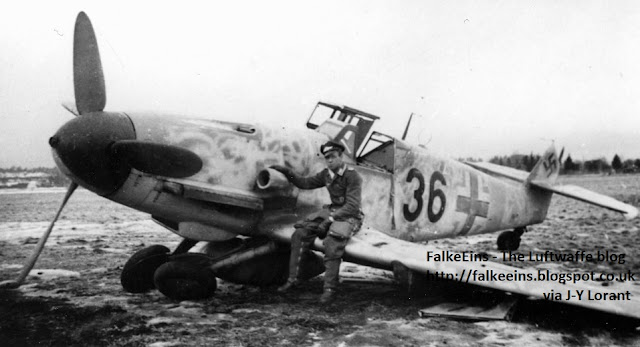 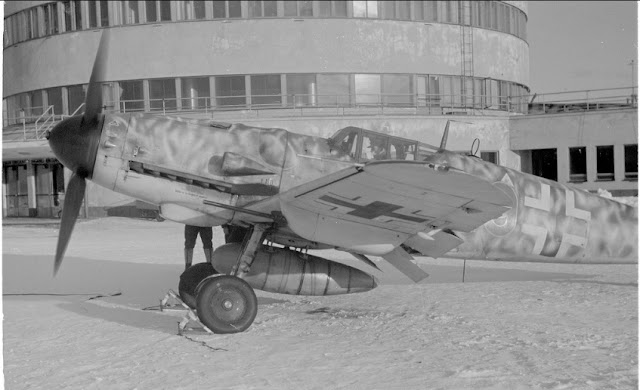 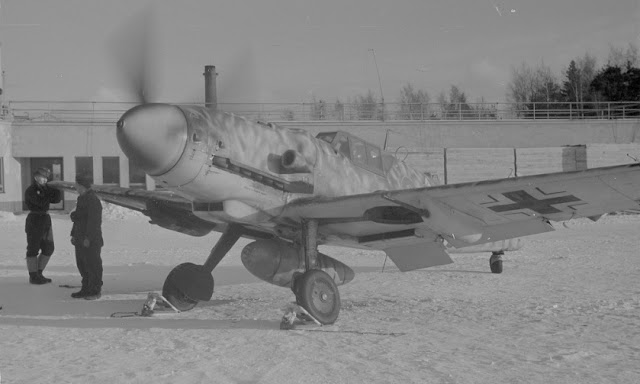