John McIllmurray at AIMS is keeping Luftwaffe modellers busy with a stream of new releases. New and forthcoming in all the major scales is a sheet of 'tulip nose' markings for a selection of Bf 109s. Printed by Microscale in the US this sheet goes on sale shortly at the AIMS web shop. A look at some of the subjects on the sheet..and link below.. 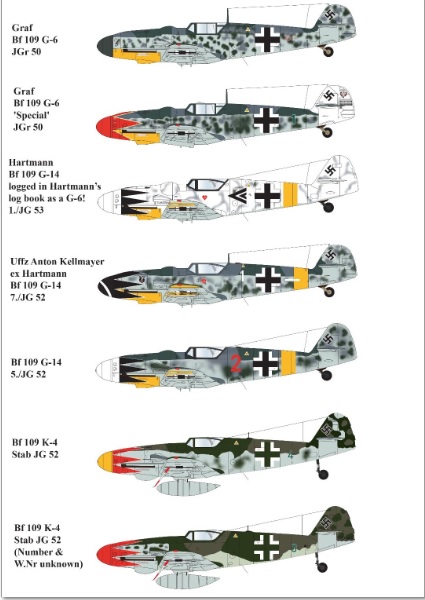 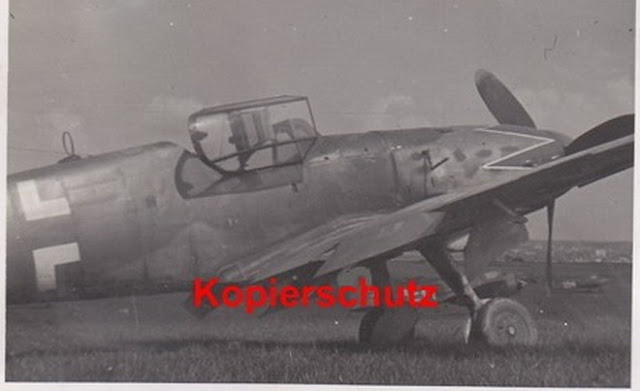 Bf 109 K-4 W.Nr. probably in the 332 000 335 241 block range given the low visibility camouflage demarcation line, typical of later Mtt-Flössenburg or other Mtt operated Waldwerke in 1945. Given the black tulip decorating the nose, the unit is almost certainly II./JG 52 - pictures taken at Deutsch Brod (today Havlickuv Brod) some time during April 1945. During the last two weeks of the war both airfields housed Hs 129s of SG 9 as well as the Bf 109s of JG 52 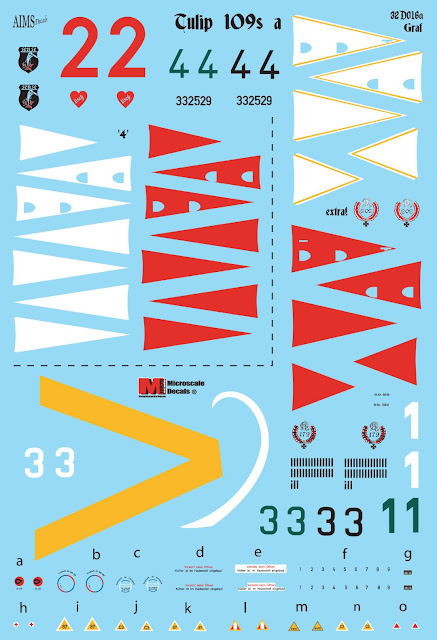 Below; still captures filmed on 16 September 1943 at Wiesbaden as Graf's Bf 109 G-6 W.Nr. 15 919 (?) "Grüne 1" featuring red spinner and 'tulip' cowl markings and two Werfer rocket grenade launchers taxy out for a flypast for the cameras. Note what some have referred to as the outer Bf 109 K-style gear doors - which here may hve been trialed as simple blast protectors for the exposed tyre from the Werfer launch. 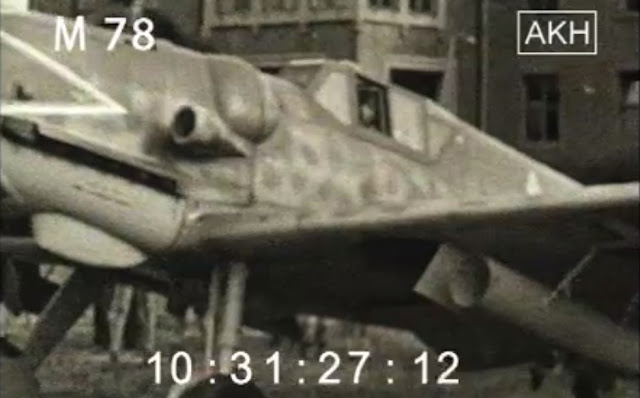 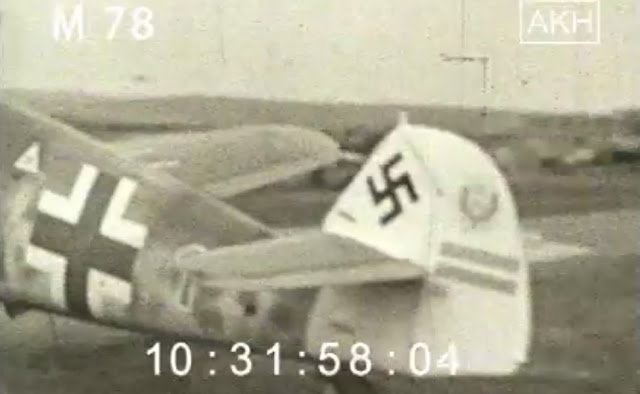 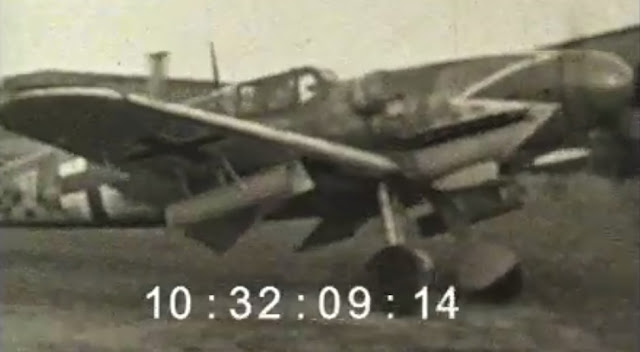