Below; a nice print from my collection via Jean-Yves Lorant of Bf 109 G-6/AS or G-14/AS 'Green 5' of I./EJG 2, the Ergänzungsnachtjagdstaffel  (night fighter replacement training unit), in overall gloss back finish. Established in March 1944 at Ludwigslust under Staffelkapitän  Hptm. Heinrich Spitzer, this unit was augmented to two Staffeln in July 1944 and trained pilots for single-seat night fighters. "Grüne 5", along with two sister ships "Grüne 6" and "Grüne 7", were briefly deployed as night fighters as described by Joachim Geier in the German-language "Jet & Prop" magazine issue 3/03.  Joachim Geier's article " Die schwarze "Grüne 5" der 2./Erg.JG2 "  (front page below) was the first to publish views of these machines. Geier's photos were taken from the album of Staffel erster Wart Gerhard Hübner. Note that Geier in his feature states that "Grüne 5" was more likely to have been a G-14/AS than the far less numerous G-6/AS sub-type and points primarily to the absence of lower cowl bulges as a basis for this conclusion. Pilots for this special Moskito hunting Staffel were drawn from the ranks of the Ergänzungsnachtjagdstaffel instructors and tasked specifically with 'Moskito-Jagd'. Among their number was former I./ JG 300 wilde Sau ace Manfred Dieterle.  Note the owl unit emblem on the engine cowl and, unusually for a Luftwaffe fighter, the yellow propeller tips. Note that the gear legs - as recalled by erster Wart Hübner - were also painted black! The wheel hubs are also black as well, rather than red as often illustrated..Click on the image for a quality screen-size view. 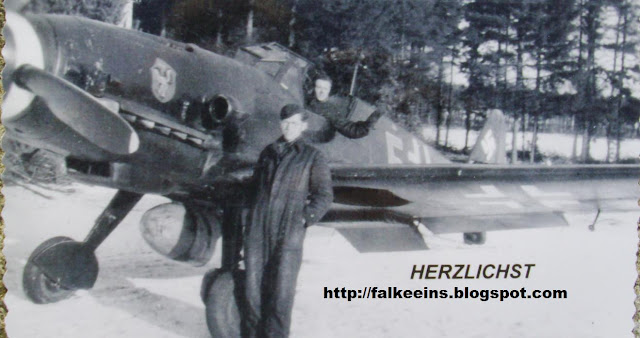 Crandall on Hyperscale in 2012

" After a successful tour of duty with JG 300, Dieterle was transferred to take over as Staffelkapitän 2./EJG 2 on 21 November 1944. His unit was flying mostly Bf 109 G-6/AS aircraft. The aircraft he flew had Red numbers since they were in the 2./Staffel. He never flew "Green 5". They were not chasing Mosquitos, but doing night ground attack work. In his own words, "My last battles of the war were night ground attack missions, bombing convoys, bridges and anti-aircraft positions in the north. We had about 80 pilots and 56 Me 109 G-6s. My last flight was on 3 May 1945."

Crandall's statement conflicts with information presented in the original Jet &  Prop article. But then he  clearly doesn't read German. Colour images published subsequently (ie in LiF magazine) quite clearly show 'Green 5' of course. And while by war's end of course nobody was chasing Mosquitos, they certainly still were at the turn of the year 1944/45!

According to the original Jet & Prop photo caption the view above apparently depicts Dieterle in the cockpit with erster Wart Gerhard Hübner leaning against the wing leading edge and was taken at Hagenow, south of Schwerin, during the winter of 1944/45. The lower surfaces of all three Bf 109s of the 2./Erg. JG 2 were black. However "Grüne 6" and "Grüne 7" featured 'standard' upper surface colours with some areas of their airframes, such as the yellow lower cowl, in a cross-hatched black over-spray, while "Grüne 5" was sprayed black overall. 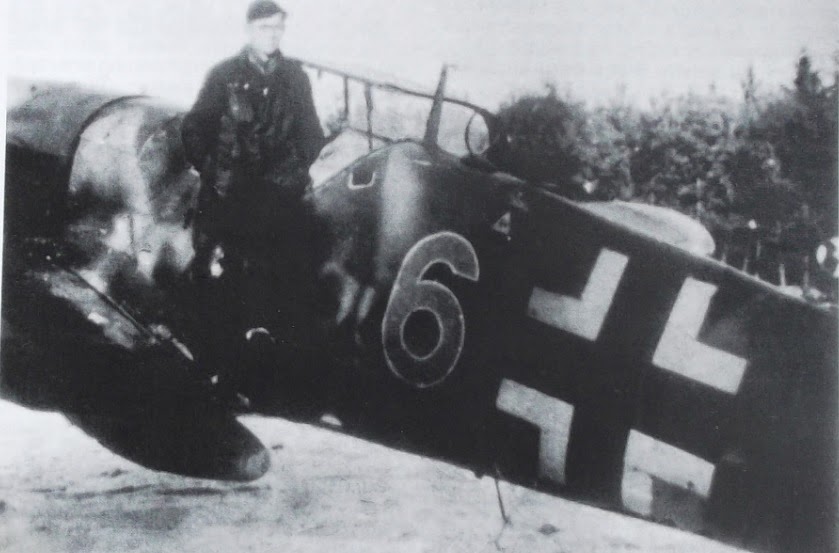 According to Hübner, Dieterle had initially requested that his machine "Grüne 5" be stripped of all camouflage paint for an extra turn of speed for Mosquito chasing duties, and a Probeflug - check flight- was flown in the bare metal finish. However the airframe was finally painted a glossy black finish that was highly polished. Two of the three Bf 109s were eventually lost;  "Grüne 7" with Ofw. Steinhagen at the controls had to make an emergency landing in the vicinity of Magdeburg.

The front page of Geier's article below, shows the over-sprayed lower cowl of 'Green 6' framing 'Green 5' in the background.. 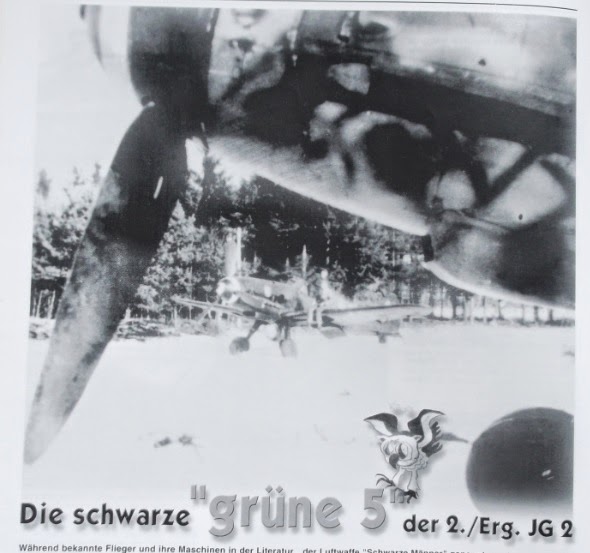 More rare images of "Grüne 5" depict the aircraft 'captured' at Gardelegen having been left there in the spring of 1945 with mechanical problems. Note the 'extended' flame damping exhaust shield in the view below, evidently a field mod made subsequent to the photo above.. 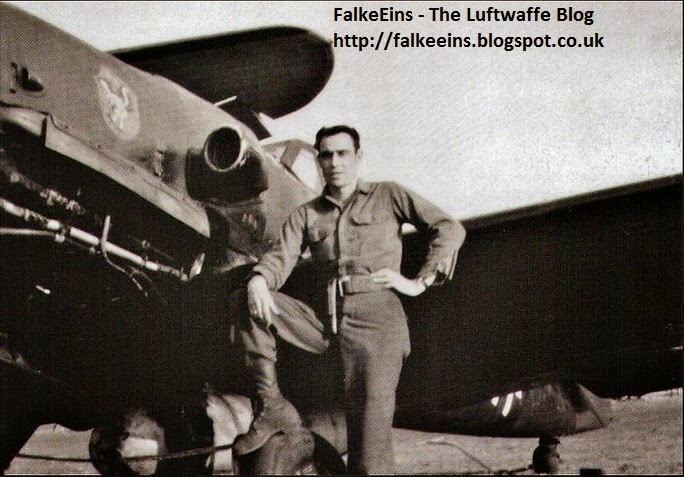 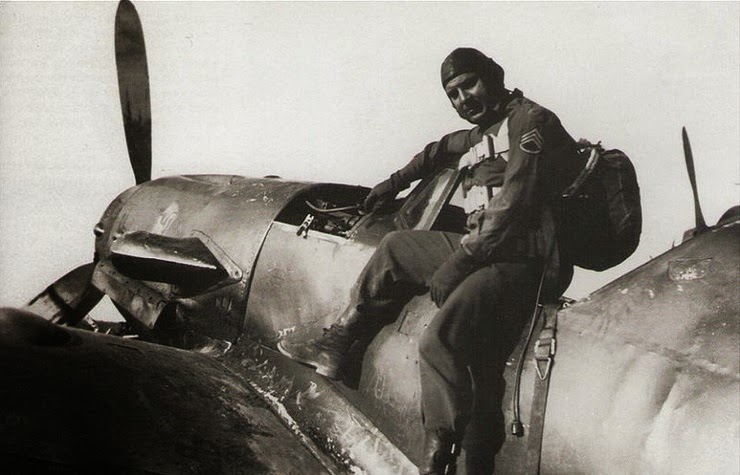