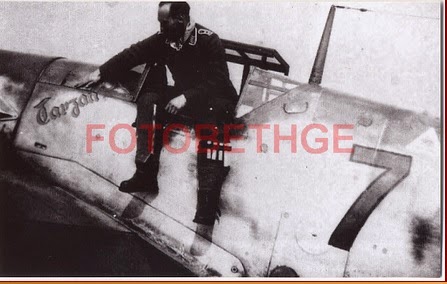 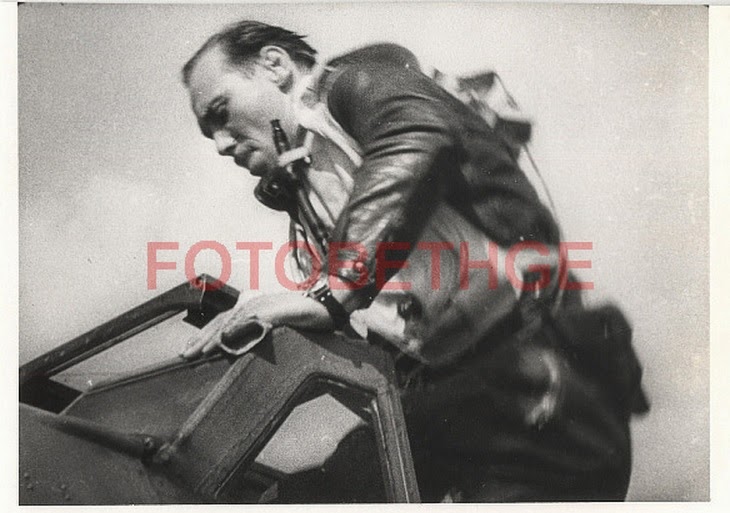 Recently offered on Ebay (see above) and also reproduced - rather too dark - in the classic Prien and Rodeike " Bf 109 F-G-K " the two images above are obviously copies of repros of copies etc etc ... here is a much better quality view of  Zweigart, wearing RK, and seated on his "Brown 7" (courtesy Jean-Yves Lorant) ...click to view large.

"Tarzan" was a Bf 109 G-4, the variant which introduced the bulged fairings on the upper wing (just visible here) for the larger mainwheels adopted from the G-4 series.. 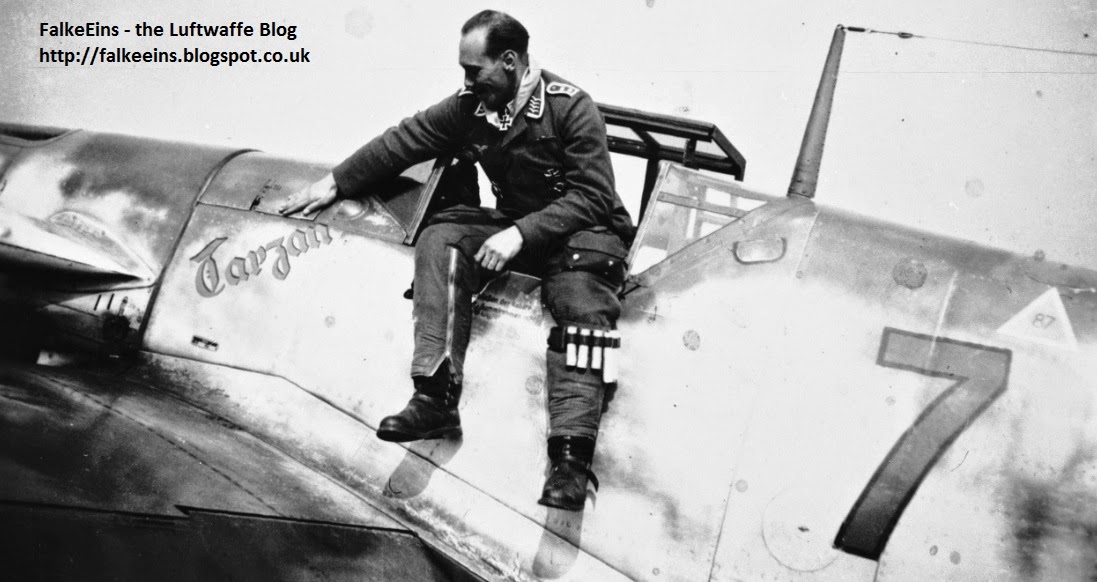 A successful Eastern Front ace, Zweigart enjoyed one of his 'best' days on 20 February 1944, the first day of 'Operation Argument' - the US 8th AF assault on the German aviation industry. Zweigart claimed two B-17s shot down, while III./ JG 54 claimed eight in total, the best result for the defending Gustav units. Zweigart claimed three B-17s on 6 March 1944, during the first large-scale USAAF raid on Berlin. Having flown in the West for the best part of a year and seconded to the Gruppenstab of III./JG 54, Zweigart was shot down and killed in aerial combat near Les Champeaux, south-west of Vimoutiers (Normandy) on 8 June 1944. He baled out but was shot while hanging in his parachute ( Fw 190 A-8, W.Nr. 170 736, “Black 3”). He was 30 years old and had been credited with 69 victories.