'Wespengeschwader' Bf109 Emil Jabos on the Eastern Front - edit May 2011

Photos of the "Wespengeschwader" Bf-109E-7 Jabo sub-types used in 1942 on the Eastern front are pretty hard to come by. The following images appeared a few years ago on ebay - I have no idea whether they have been published since. They appear to depict two different machines, 'S9+GT' and 'S9+GS'. Decal sheet manufacturers have for ages given us various profile options ( usually 'S9+RS') while the old Hasegawa 1/72nd model Wespen was 'S9+CD'. A few years ago, decal manufacturers MSAP gave us a 'Russian Campaign' sheet in their Bf109 Emil series which also included 'S9+CD', captioned as a "Bf109 E-7B of III./SKG210, central sector, autumn 1941." Not withstanding the confusion surrounding the unit designation - some quoting "8./ZG1" and others "III/SKG210" - this particular offering got it all wrong !

The machines seen here in these rare shots were E-7 variants, identifiable by the pointed nose. The first Emil Jabos had their electrical and mechanical plumbing modified to carry bombs and were E-4/B sub-types. The E-7 came from the factory with the plumbing, and electrical terminals already in place either for ordnance to be loaded on a bomb rack or for a belly tank on a drop-tank rack. Hence their designation as E-7s with either load. 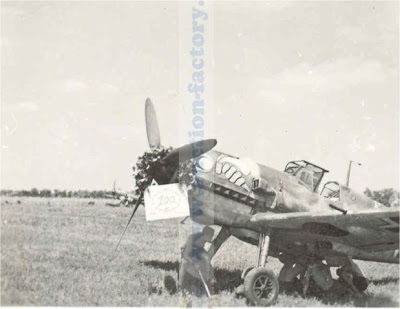 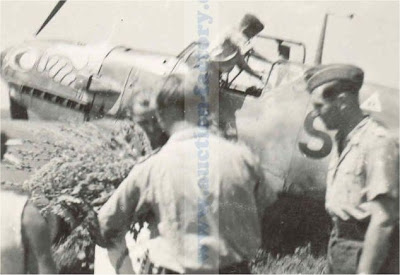 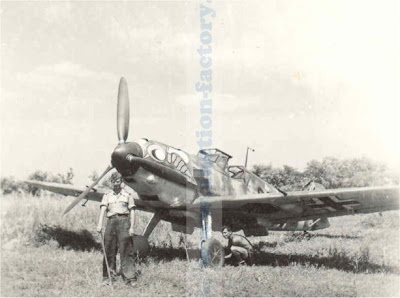 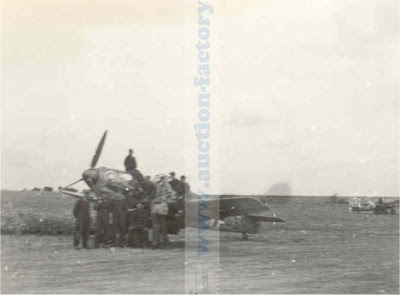 Thanks to Peter Kassak for the following images and artwork of 'S9+FS'. As usual click on the images for a larger view. As to colours; the following courtesy Lynn Ritger on hyperscale;

"...If you're planning on modelling a Schlachtgeschwader aircraft, bear in mind they would often receive "cast-offs" from other units which had transitioned onto the F, and as such were just as likely to be painted in 71/02/65... 2.(S)/LG 2 is a good example of this, they received some old E-4/bs from III./JG 77 in April-May 1941.It's admittedly a judgment call, and I would be the last one to say it's unequivocally wrong should you decide to go with 74/75/76, but given the "chain of custody" of those aircraft (i.e. where they came from) and the timeframe, 02/71 seems more likely....". 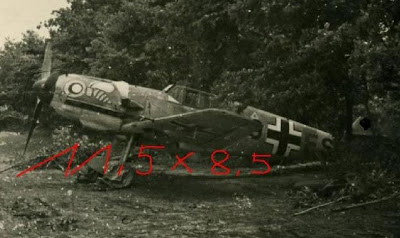 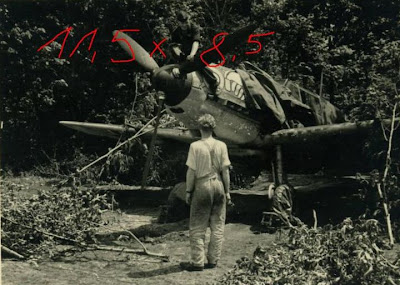 Model pic Dave Sherill (via hyperscale.com). My own build of the new Airfix Emil in Kagero Wespen decals is here http://falkeeinsmodel.blogspot.com/2010/07/new-airfix-emil.html 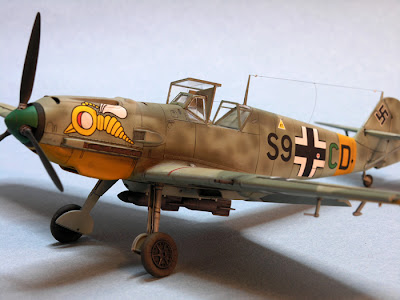