Lovely sharp images of WNr. 5819 which Galland flew on many occasions during late 1940 until around March 1941. Sixty victory markings on the rudder which are also featured on the rudder of his brand-new Friedrich in the last image. This a/c may be Bf 109 F-0 also equipped with the TZR telescopic sight visible in the Emil cockpit. Click on the images for a larger view.

Note how clean the aircraft is - looks like the technician with the oily rag seated on the wing is busy wiping off any exhaust staining - as required by service regs. Note also the double fuselage hatches for the GM-1 boost equipment, the telescopic sight, the lack of upper head armour (which would cost Galland dear), the stenciling on the flaps, and the sheen of the paint on the wing. 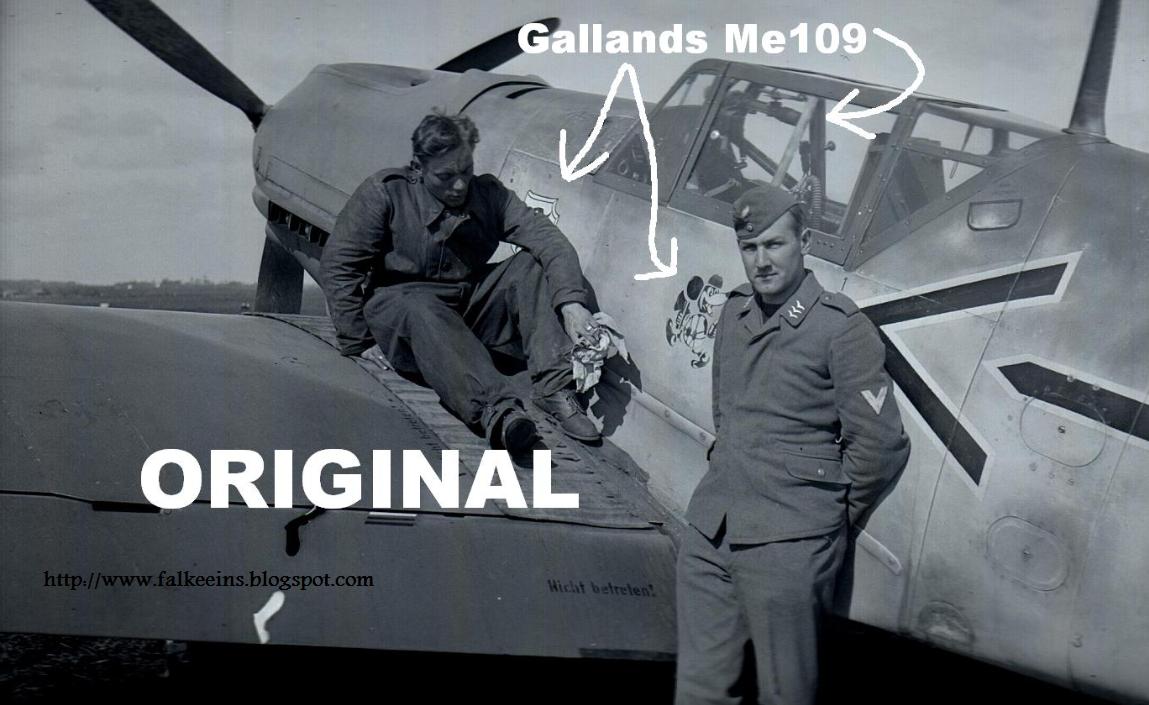 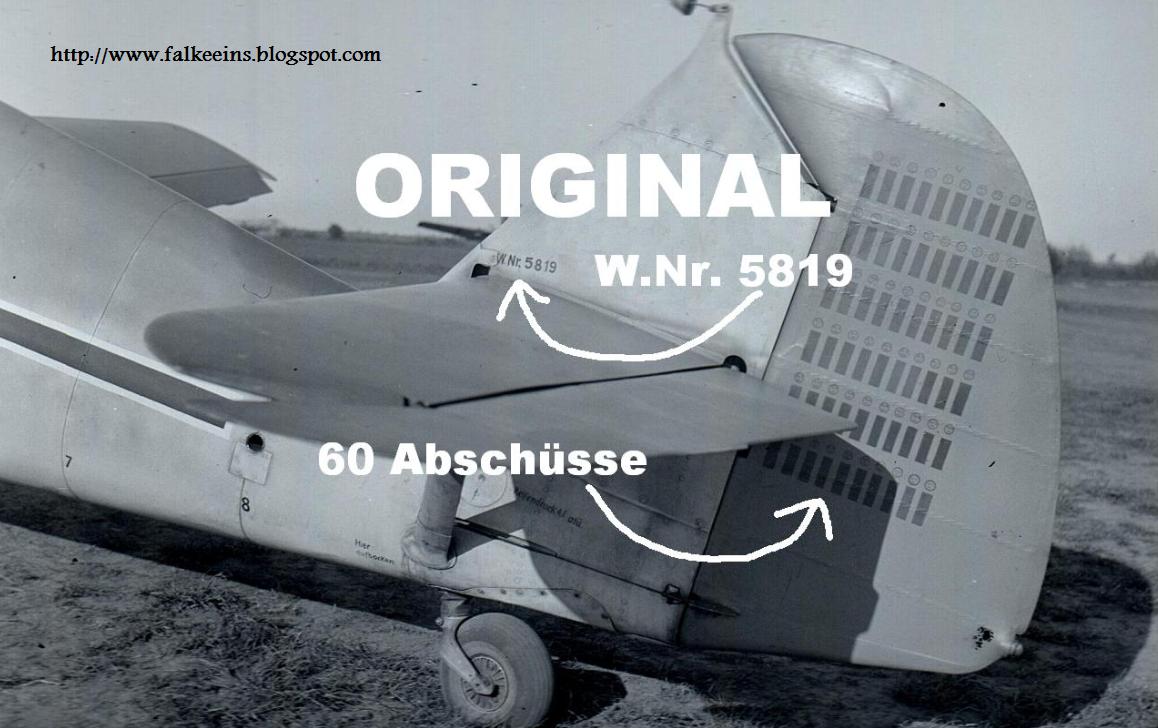