In between sending off one new Luftwaffe manuscript to an editor and completing the translation of another, I have recently spent a  week on Twitter - what a dreadful place! Having never really used Twitter before, it was something of an eye-opener. According to regular users, Twitter can bring on all sorts of mental health issues from anxiety, depression and obsessive, compulsive behaviours. Which I can well imagine. While there are plenty of respectable organisations and personalities and 'internet fandoms' on the platform, I have to say some of the behaviour, comments, insults, threats etc I encountered on the platform would be totally inexcusable in real life. And even though regular users concede that Twitter can be "toxic and overwhelming', ' a form of 'digital self-harm' it seems that it is almost impossible to wean yourself off it. Like an addiction.

“There is this phenomenon we call the fear of missing out,” says Dr Sharon Coen, a Senior Lecturer in Media Psychology at the University of Salford. “And this is a phenomenon that seems to be particularly compelling with Twitter, but also Facebook and LinkedIn – places that offer the opportunity to like or comment on someone’s post, and to share information about what’s going on in our lives.”

".. overwhelmingly it appears that people are having a toxic time on Twitter. And perhaps breaks aren’t the answer, but rather permanently logging off.."

Aside from the personal issues and in perhaps a rather very worrying trend, Twitter - primarily because of 'lazy' journalism- tends to to be incorporated almost wholesale into news agendas ..

Before it makes me feel too bad about myself I will just point out one interesting page that caught my eye and led me to the associated website;

James Holland and Al Murray host a WWII podcast  "We have ways of making you talk". According to the blurb, ..' comedian Al Murray and historian James Holland [have created] a new podcast all about the Second World War. 'We Have Ways of Making You Talk' will be a weekly show exploring the war in close up. The two men will tell battlefield tales and bring forgotten events back into sharp focus..'

Each episode opens with a 30-second ad and several minutes of general chat before attacking the subject matter of the discussion. A single click to listen here;

The podcasts also discuss the latest books. The 'featured book' archive is here

Not quite as 'slick' as 'We have ways..' is the "History Hack" podcast site - here you can find more interesting discussion with some 'heavyweights' in the field;

Chris Goss on the complexities of Luftwaffe research

Elsewhere I recently received a 'take-down' notice from Google involving this site - the first such notice I've received in nearly 12 years of posting on the Luftwaffe blog!

Prior to this I had been in touch with a friend of this blog involved in the (no doubt very expensive) acquisition of the original photo - there were no issues. I am nonetheless a little bemused by Google's subsequent 're-evaluation' with the original post restored!

Due later this year from Casemate

In the same series 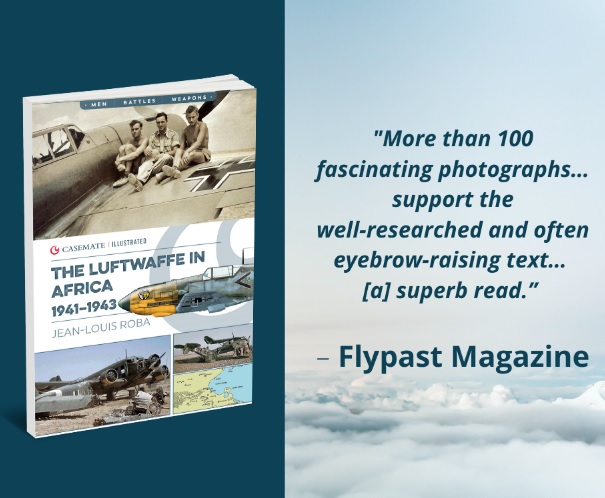 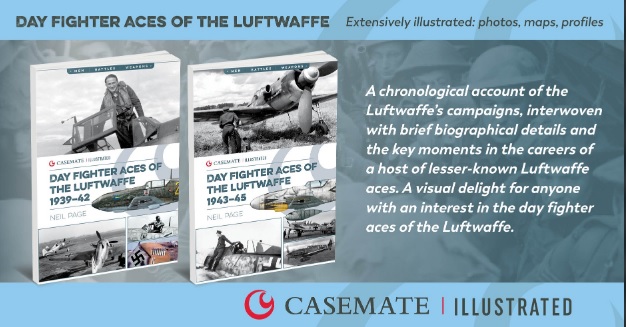