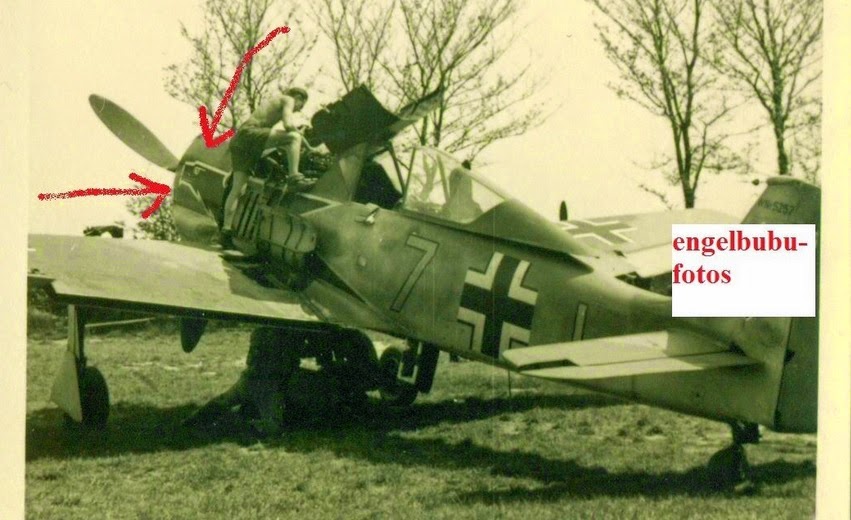 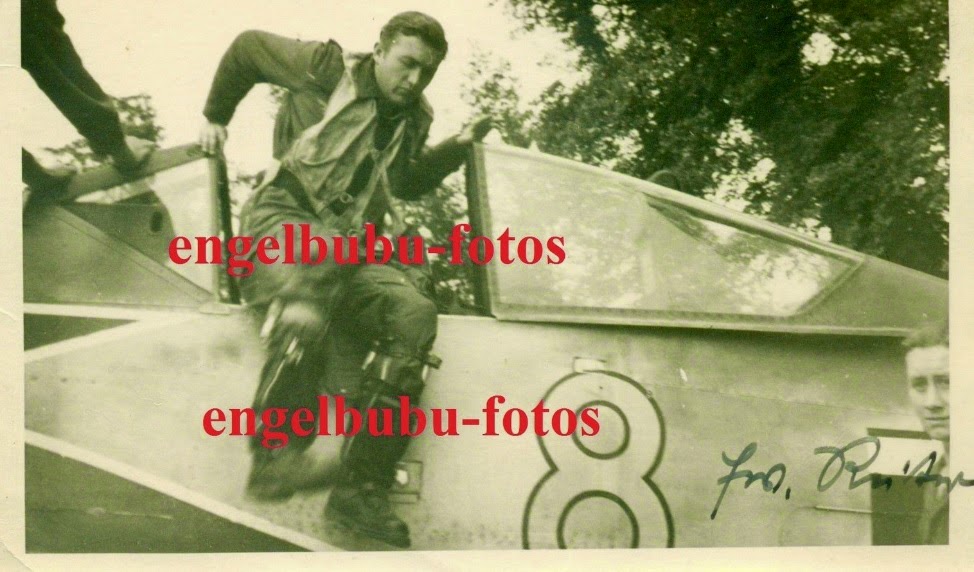 from Oliver Rogge's current Ebay sales, a selection of 7./ JG 2 Emils  somewhere in France featuring the Staffel Zylinderhut emblem on the nose (a thumb pressing down on the British top hat) rather than the III. Gruppe emblem. The pilot in front of the rudder with the victory markings appears to be Kommandeur Mix. Note the sponge mottle appears to have been applied over the top of the III. Gruppe wavy bar. 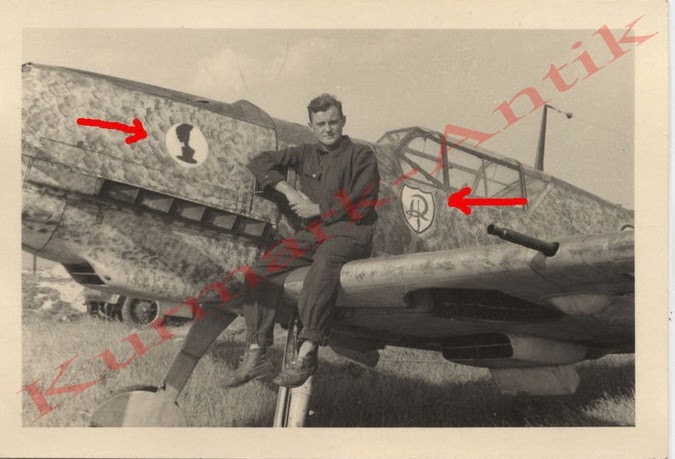 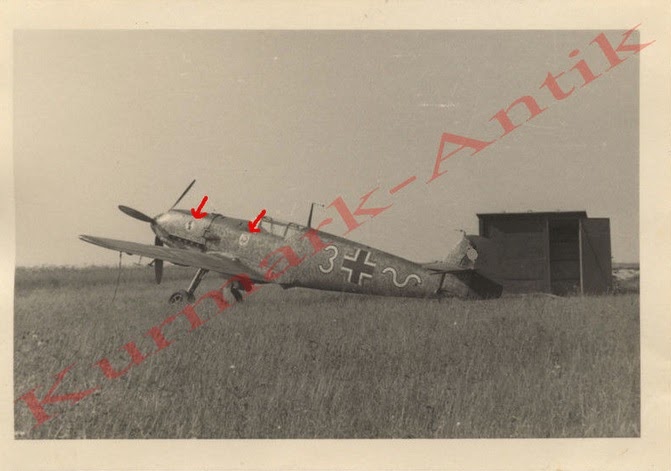 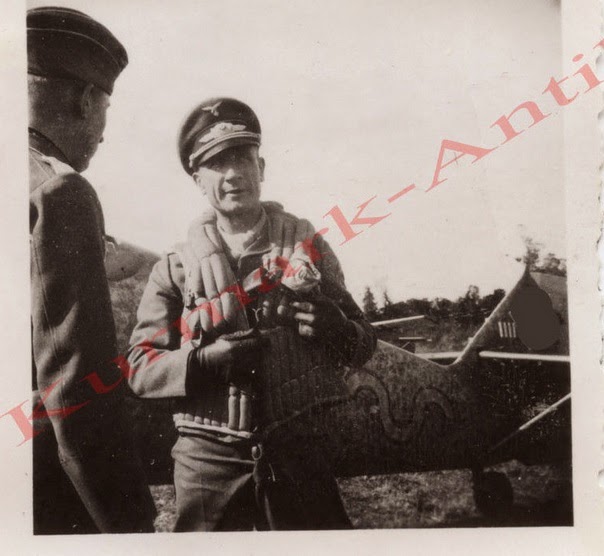 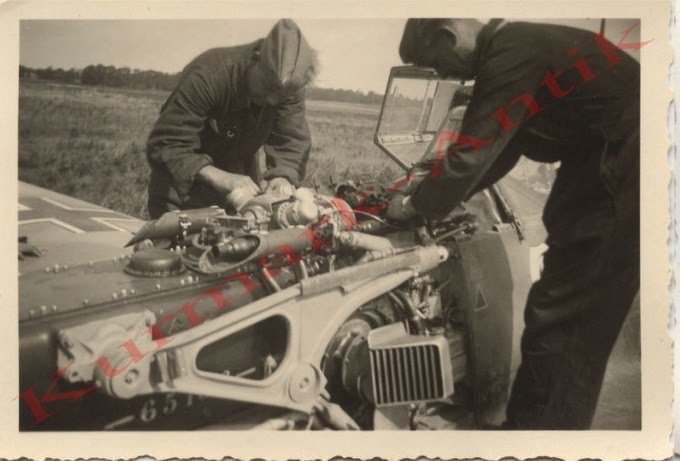