A new contender for 'most expensive Luftwaffe book ever ' - or just how to lose control during an ebay bidding war. 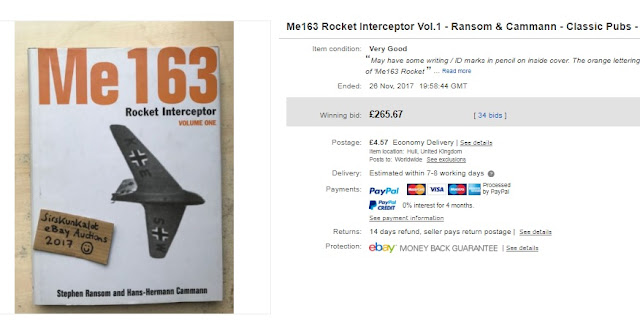 A look at some of the rarer titles in this field and an idea of what they go for if you get dragged into the Ebay madness !  And what some feel they could go for - sanity did prevail in the last two auctions posted here...

Herewith some of the rarer Classic titles. I was recently offered a copy of the Classic Me 262 Volume 1 for £50 which I gratefully accepted before noticing recently that Simon Watson still has a copy on the shelves at the Aviation Bookshop. I was wondering what the re-print policy on these more difficult-to-find Classic titles is/was...and is it the case that earlier Classic titles such as JV 44 cannot actually be reprinted ? And the response from Classic Chevron supremo Robert Forsyth;

" ...the Me 262 Volume 1 book was reprinted actually, about five or six years ago (with a different cover). So with the first and second run, I guess there must be over 4,000 copies out there. As for the JV 44 tome, in 1996 when the book was produced it was made (unlike today) on film and over the years that film has deteriorated. This means that any new version will have to be a completely new book. Not that that’s a problem especially, but it means investment, redesign and layout – as well as an opportunity to correct errors, but knowing me I’d just end up rewriting it! ...''

Of course what Robert doesn't say here is that he largely rewrote the text of the "JV 44 " book for Osprey in their Elite series... and that some of the original "JV 44" content appeared in a 'special' US edition entitled 'Battle for Bavaria - B-26 vs the German jets April 1945'. Some sellers are now starting sales of "JV 44" at £149...and far from wanting to 'demonize' him, all credit to skunkalot who always starts all his auctions at £0.99 - he can hardly be accused of ripping people off after all, quite the opposite, everyone has a chance to get a bid on! 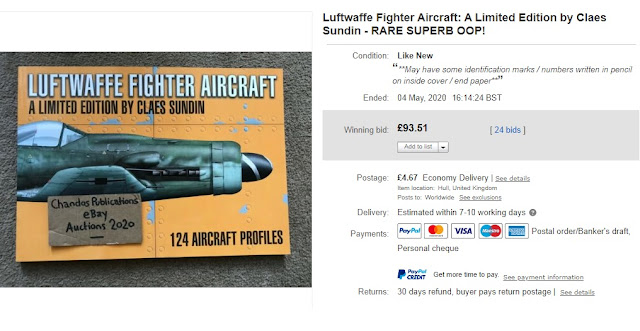 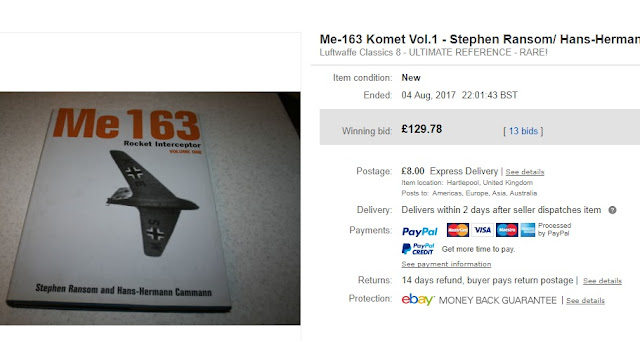 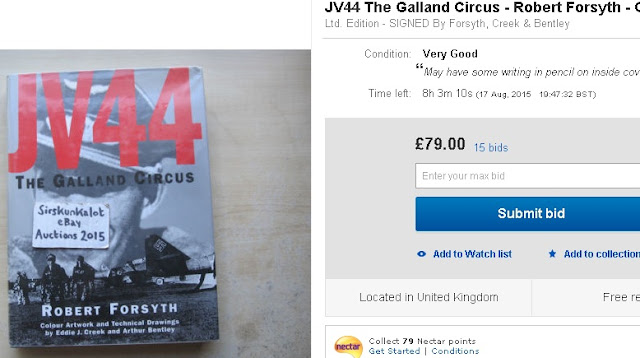 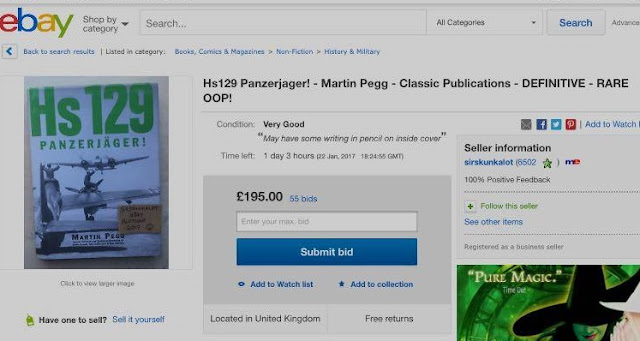 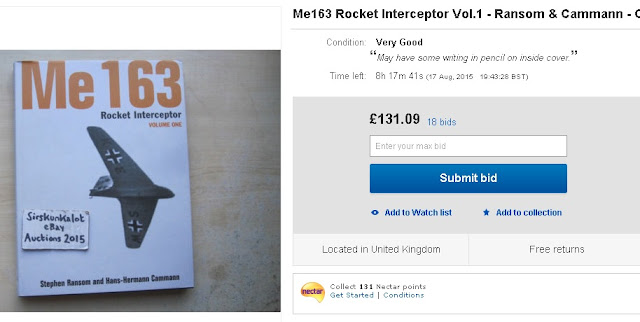 A complete set of the classic Jagdwaffe colours books, all twenty volumes - a snip at £1,345   !! ..and possibly a bargain given that some sellers are prepared to ask up to £450 for individual volumes.. 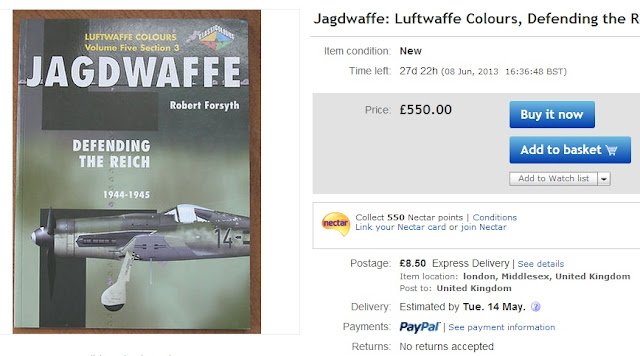 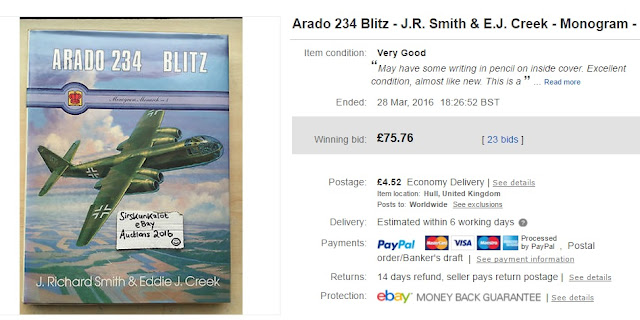 ..and ..probably the single rarest Luftwaffe title of them all - at least going by ebay sales in 2016