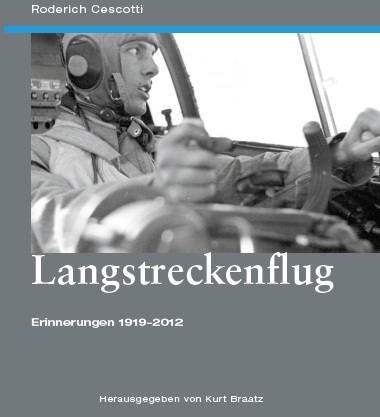 A translated extract from pages 179-180 of Roderich Cescotti's recently published memoir 'Langstreckenflug' with permission of the publisher Kurt Braatz of Editions 296. Cescotti describes KG 100 operations mounted against French resistance 'partisans' during June and July 1944 and relates an account of a Henschel HS 293 glide bomb sortie flown against Allied shipping off the Normandy coast.

" ...The fate met by Oblt. Heinrich Kirchhoff and his crew was particularly cruel. Returning from a combat sortie their Do 217 was hit by our own Luftwaffe anti-aircraft fire and they were forced to bail out over Marmande between Bordeaux and Toulouse, where they were taken captive by French resistance partisans and shot out of hand. By this stage the “French underground” were starting to represent a considerable danger for us. The quarters used by our various Staffeln, by the Geschwader and Gruppe Staffs were widely spread throughout Toulouse and the surrounding area, and the only means of staying in touch was by telephone network or vehicle. We soon had to forbid personnel from going out on their own as it had become too dangerous. Any activities in the city had to be carried in groups of men no smaller than three, each armed with his service pistol. With their liberation so close at hand all the pent-up hatred and sheer malice that the French felt towards us was now given expression....

On 19 June I received my first mission orders to bomb French resistance fighters - Bandbekämpfung – anti-partisan bombing. At 05:30 that morning we were airborne from Toulouse Francazal to fly a combined operation with Wehrmacht ground forces against a Maquis encampment located in the Pyrenees, dropping 500 kg bombs for no visible results. Less than one month later on 15 July at the request of our hard-pressed troops we bombed a village – dropping a ton of incendiaries on two barns and a farmstead, as well as pouring fire from our onboard armament into buildings. The targets were obliterated. This was what was meant by Terroristenbekämpfung – anti-terrorist operations. On our return I noted “ some shrapnel damage in the fuselage” which meant that we had come under fire – but what did this mean in reality. That both sides had sunk to a level of warfare that could do nothing but bring shame on those practising it. Time and again shot-down crews were being murdered in cold blood or simply disappearing never to be seen again. “Terror” on both sides escalated right up to the deployment on the German side of the radio-guided Hs 293 missile against ground targets..

I am unable to state exactly how many such operations were carried out by KG 100 as my duties were principally on the technical side. This meant that I was back in Germany for a few days during this period securing all that we needed for our aircraft. Nor was I in Toulouse on 20 July 1944 when news of the attempt on Hitler’s life came through – I was at the controls of the Geschwaderstab’s Ju 52 en route from Giebelstadt to Lüneburg..obviously we discussed Stauffenberg and his action in my immediate entourage and were agreed that this was a lost opportunity that should and could have been better exploited. It was not until after the war that we realised the fundamental weakness of Stauffenberg’s plan – that the prinicpal organiser of the plot was also its chief protagonist. No one believed in the much-heralded Endsieg or final victory – or at least no-one I knew.

When, on the evening of 7 August 1944 I took off from Toulouse Blagnac on my first ‘normal’ combat sortie – that is, against regular Allied combatants- for almost a year, the Allies were well-established in northern France, having already taken St. Malo and Brest and encircled the principal U-boot bases of Lorient and St. Nazaire. Our target was the Bay of Avranches, objective of the German counter thrust across the base of the Cotentin peninsula through which the flow of Allied resources were pouring. .. . I was at the controls of one of only 37 examples of the M-11 variant of the Dornier Do 217 that had been produced – in my view the best Luftwaffe bomber to enter service prior to 1945. The Do 217 M-11 was powered by two DB 603 in-line engines and had a wing span some five metres greater than that of conventional Dornier Do 217 variants. This and the 3,500 hp developed by the power plants gave the type excellent performance – it was fast, superior in the climb and handled well with no vices whatever the situation. Under the fuselage hung an Hs 293 and my observer Carl Hintermayr had the latest long-range guidance system at his disposal , a FuG 203 c ‘Kehl IV’ which was used for guiding both the Henschel glide bomb and the Fritz X stand-off bomb. We flew north-north-east across France through clear night skies. We could see the battle zone from afar, pencil shafts of light probing the sky, searchlights marking out a flak belt that had been established around the Allied landing zone. At an altitude of 4,000 metres we had no difficulty picking out the bay of Avranches, literally teeming with shipping of all types. There was no way that we would be hauling the Hs 293 back to Toulouse. I started to let down through the flak belt so that we could get a clearer picture of what was going on. There, directly ahead of us, a huge silhouette, but I had to break off before Hintermayr could get a clear fix on his screen. We came around for a second try. Now everything was set. The dark silhouette was some two or three kilometres ahead of us. We sped directly towards it, holding the aircraft on course, as straight as a die, to make my observer’s task of guiding the missile onto the target as easy as possible. Then, a barely perceptible hissing, a diffuse glow of light from under our belly and a red point of light shot away from the aircraft into the darkness ahead of us – the Hs 293 had been launched. I held my course and height although by now we were coming under heavy flak fire. Only seconds to go until a huge explosion ahead of us. Suddenly, the red light at the rear of the bomb was snuffed out, extinguished – we had lost the missile! There was no way of directing it any further. Full of rage and disappointment I continued towards our target determined at least to let him have a burst from the twin MGs in our nose, but the ship – a destroyer – was by now on full alert and was firing back. I hauled the Dornier into a hard climb out of the danger zone, curving into a tight turn southwards and home. We were starting to feel a little safer when suddenly tracers flashed past our ears – at that moment our radio operator reported at least two twin-engine machines on our tail! ...." 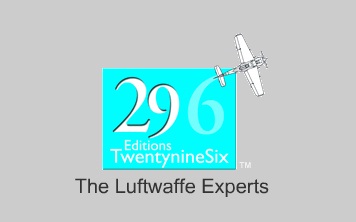 Video depicting a Henschel Hs 293 being loaded under a Luftwaffe bomber. The Henschel Hs 293 was an anti-ship guided missile: a radio-controlled 'glider bomb' with a rocket engine slung underneath it, designed by Herbert A. Wagner. The weapon consisted of a modified standard 500 kg SZ bomb with a thin metal shell equipped with a rocket engine  a pair of wings, and an 18-channel radio receiver, getting its signals from a Kehl transmitting set. The rocket provided for only a short burst of speed making range dependent on the height of launch.
KG 100 mounted more Hs 293 sorties against the Allied advance out of Normandy, specifically targeting road infrastructure. Between the 2nd and 6th of August 1944 the weapon was used to attack bridges over the River See and River Selume at the southern end of the Cherbourg peninsula - Patton's forces were pouring through these bottlenecks. Again the attacks were made at night, but only slight damage was done to the bridge at Pontaubault for the loss of at least five aircraft..