Over at the scale-models.ru forum visitors are being asked to vote on the best finish/most accurate model from a series of Me 262 builds. Previous posts on this blog have served as reference for two of the contenders; the Me 262s of KG 51 and 10./NJG 11.

Stills of a KG 51 Blitzbomber WNr. 170096 9K+BH of 1./KG 51 based in Rheine in September 1944. A good view of the 'squiggle'-type mottle, which is better captured by the profile artist (unknown) rather than the modeller below. 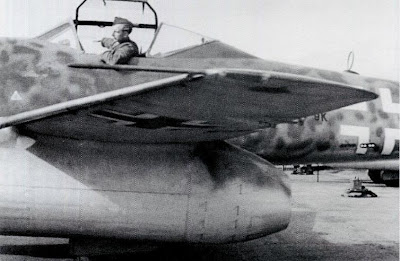 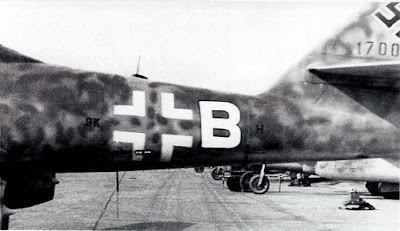 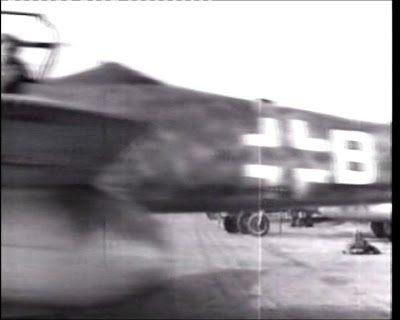 See the link on this blog for Honza K.'s build of the Tamiya kit with Aires add-ons http://falkeeins.blogspot.com/2011/02/tamiya-me-262-aires-resin-jumo.html 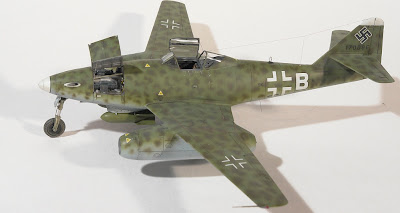 'Red 9' of 10./NJG 11 following repaint by the British and Americans. It would appear that this particular machine initially had an RAF roundel applied following capture by the British, but then rather bizarrely had a Balkenkreuz repainted by the Americans on shipping to the US. The Ju 290 'Alles Kaputt' was also repainted in 'German' markings on its arrival in the US for display at air shows. The kit is the Dragon Me 262 nightfighter. 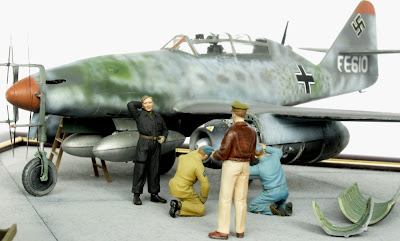 After serving in 10/NJG11, 'Red 9' was captured by the British and then handed over to the Americans. It would appear that each owner contributed to the camouflage finish of this machine. The German scheme was likely overall RLM 76 with 75 with the addition of an 82 mottle - possibly. The upper surface of the wing and stabilizer were in 75. The lower surfaces were black. The British added roundels and fin flashes and some possibly some additional areas of green on the fuselage, since the mottle appears much denser in the view below. After being handed over to the Americans it was deemed necessary to show that this was a Beute machine, so the Americans 'repainted' the fuselage cross and the tail Hakenkreuz. Some of the British paint was evidently washed off in the process, leading to the 'irregularities' on the fuselage mottle. Note the tip of the nose and the top of the fin were then painted red. Under the stabilizer is the Foreign Evalaution code FE-610.

More on the Me 262s of Kommando Welter on this blog
http://falkeeins.blogspot.com/2011/02/mosquito-hunting-in-luftwaffe-1-me-262s.html