A couple of nice Ebay finds today. First up, an Emil of Jagdgruppe 101, one of the lesser known Jagdwaffe units to operate over Poland in September and October 1939. For operational purposes it was probably attached to a larger formation, but administratively it remained an autonomous Gruppe with its own executive officers. The unit badge was a cartoon running dog. Note also the script 'der alte' under the cockpit. The Gruppe spent the winter of 39/40 in northern Germany before its pilots were posted to other units, many being incorporated into ZG 1. Among the pilots to have flown with JGr. 101 was Staffelkapitän Oblt. Dietrich Robitzsch. This may even be him in the photo. With the dissolution of JGr. 101 he was posted to 6. Staffel of Tr.Gr. 186, the fighter element formed to operate from the carrier Graf Zeppelin. Robitzsch was taken captive on the first day of the Westfeldzug, force-landing his Emil in Holland after clashing with Fokker D-XXI fighters 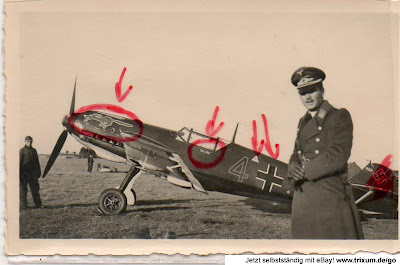 Unidentified Emil, locations on the rear of the pics mention La Rochelle and Trébeurden, Brittany during the summer of 1942. A machine of one of the Ergänzungsstaffeln perhaps? 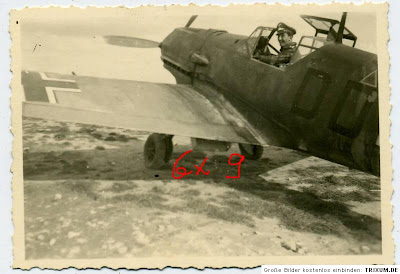 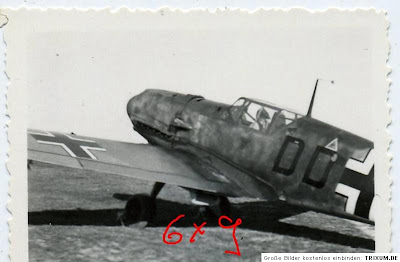 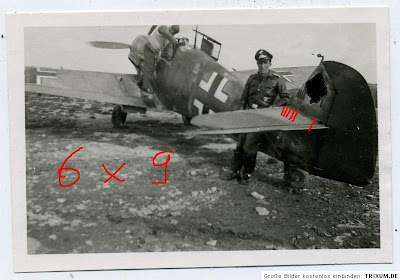