Emils of 1. Staffel JG 2 undergoing maintenance in the field, most probably during the Westfeldzug. note the 'Bonzo' dog emblem on the cowl of the machine in the background 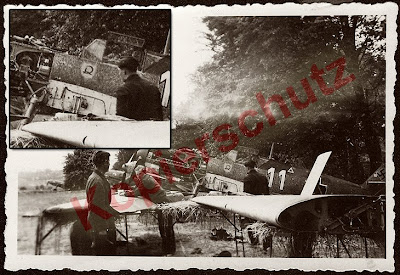 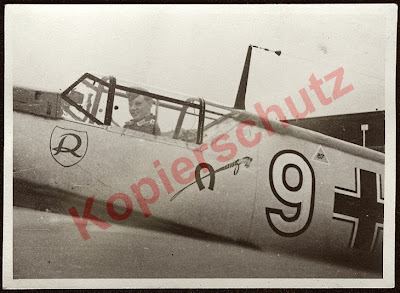 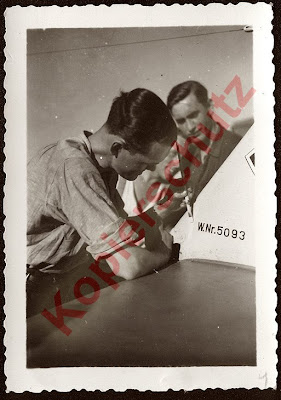 Above - Werner Machold's second Abschuss being painted on the tail of his Emil during the French campaign. This 1.Staffel ace was one of the most successful JG2 pilots of the campaign in the West and is seen here (below) posing alongside his impressive rudder scoreboard. He achieved his twentieth victory during the latter stages of the Battle of Britain. 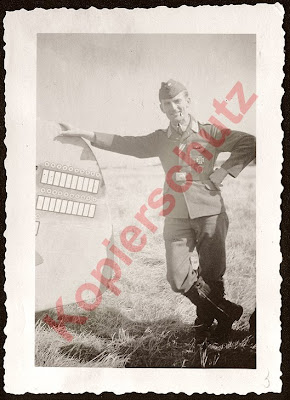 Two Rotten of 1. Staffel in formation apparently over Mardyck on the Channel coast 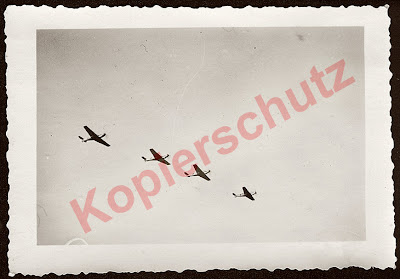 A line-up of 1. Staffel Bf109 Emils at Mardyck on the Channel coast, probably during the Battle of Britain. Note the Bonzo dog emblem on the engine cowls