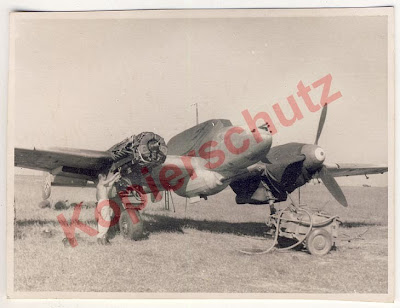 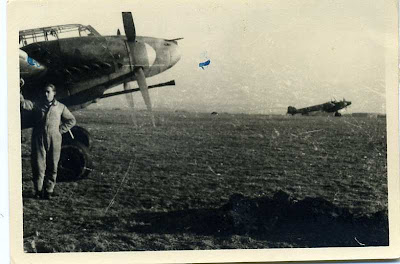 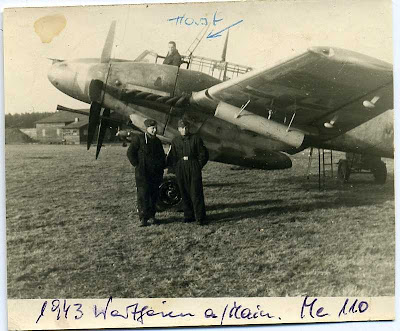 This heavily armed Bf 110 variant was trialed both for gound attack duties on the Eastern Front and in daylight battles against USAAF bombing raids without enjoying any major success in either role! Evaluation involving several aircraft was carried by the Versuchskommando für Panzerkämpfung (anti-tank trials unit) at Rechlin and moving to Russia for field evaluation in April 1943. The evaluation was apparently not favourable for this version and it was then turned over to Erprobungskommando 25 for evaluation against USAAF bombers. The top speed was found to be only slightly higher than that of the B-17s and B-24s and lateral stability was poor which impared the aiming. A total of 43 G-3 and 107 G-2 airframes were scheduled for modification but only a handful have been confirmed as being accepted by ZG 76 early in 1944. ("Messerschmitt Bf 110", Ron Mackay, Crowood, Page 121) With the advent of the USAAF long-range fighter escort in 1944 this weapons combination became obsolete over night as the Bf 110s now became the hunted rather than the hunter. A number of Bf 110s were equipped as here with a Flak 18 gun and W.Gr. mortars under the wings!

Other references maintain that the Bf 110 with 37mm cannon was tested at the E-Stelle Tarnevitz;

".....This weapon was derived from the old Rheinmetall-Borsig Flak 18 gun and was relatively simple to install beneath the Ju 87 wings. The test-bed aircraft was correspondingly modified in Tarnewitz and successfully tested under operational conditions. The weapon showed such good results that it lead to the first Bf 110 equipped with a single 37mm cannon being made ready in autumn 1942 and it was reckoned that this large-calibre weapon could also be employed against enemy bomber formations."