Thought to be a machine of KG 3, the wreck of a Battle of Britain Dornier Do 17 Z - brought to the surface yesterday off the Goodwin Sands in the English Channel - has now arrived in Ramsgate harbour (Kent,  England). The Dornier Do 17 Z was the most elegant looking of the Luftwaffe's three Battle of Britain twin-engine medium bombers and the only one powered by air-cooled radial engines. An account of the salvage operation appears elsewhere on this blog

While access to the quayside was impossible, one of the best vantage points was on West Cliff Promenade over looking the harbour- in the first picture above a tug is seen easing the GPS Marine barge into the quayside. One of the team's first tasks was to direct jets of water at the wreckage, prior to the wreck being dismantled and the parts hoisted onto trucks for the journey to Cosford. I ran into the Getty Images photographer Peter Macdiarmid processing his shots outside the old Trans Europa Ferries building - check out these links

This was the biggest salvage operation of a WW II aircraft to take place in British waters. It was fascinating to see the still-inflated tyres - after nearly 73 years under water. Elsewhere Alex Medhurst, General Manager of the Royal Air Force Museum Cosford laid a wreath at the grave of Heinz Huhn, one of the two KG 3 crew members known to have perished from Willi Essmert's KG 3 crew in the original crash landing of the Dornier. Huhn is buried in Cannock Chase cemetery.

Meanwhile Andy Saunders appeared on the BBC's regional news programmes to state that he was doubtful that this machine was indeed Essmert's KG 3 machine - indeed the identity of this aircraft remains to be confirmed..... 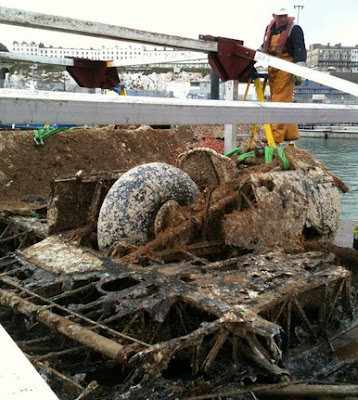 One of the best places to see images of the wreck is on the RAF museum's Facebook page
https://www.facebook.com/rafmuseumcosford 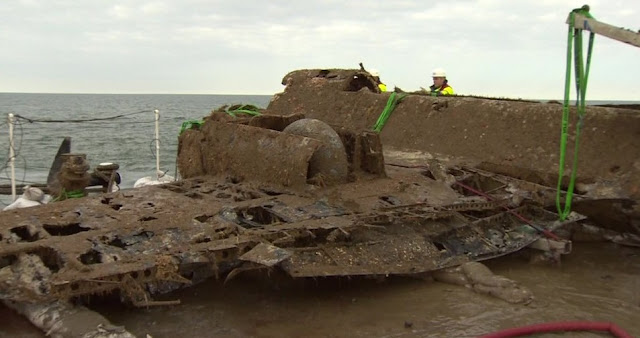 Below; currently on offer via Kurmark-Antik on ebay.de and shown here courtesy of seller Oliver Rogge - Dornier Do 17 Z at Villcoublay, France, a similar aircraft to the one brought ashore on 11 June 2013 at Ramsgate, Kent, England 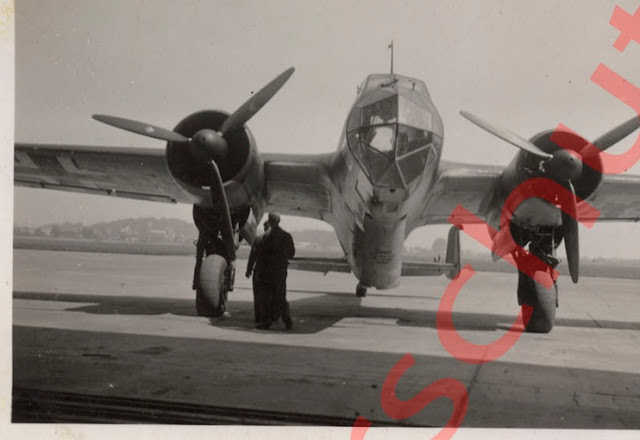 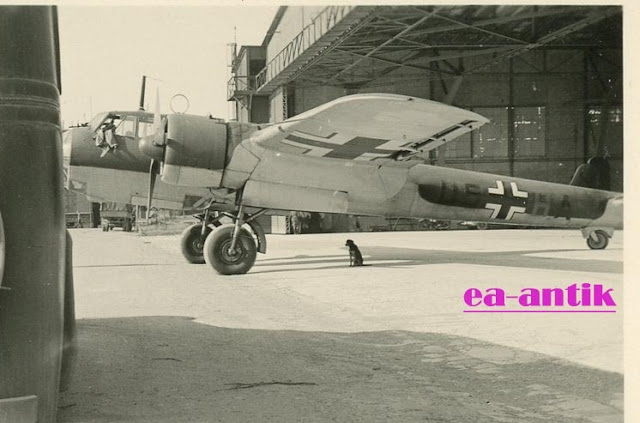