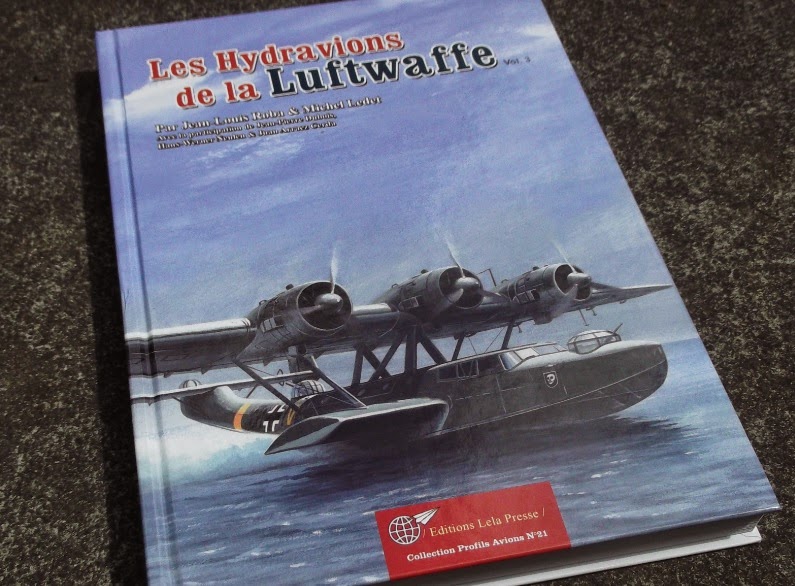 Volume 3 of the Lela Presse 'Luftwaffe Seaplanes' series has arrived!  410 A-4 glossy pages, around 800 photos and 50 Thierry Dekker artworks! That's well over 1,300 pages for the three volumes! This volume deals chiefly with the Dornier Do 24 (around 200 pages) and Beute types such as the Breguet Bizerte.. 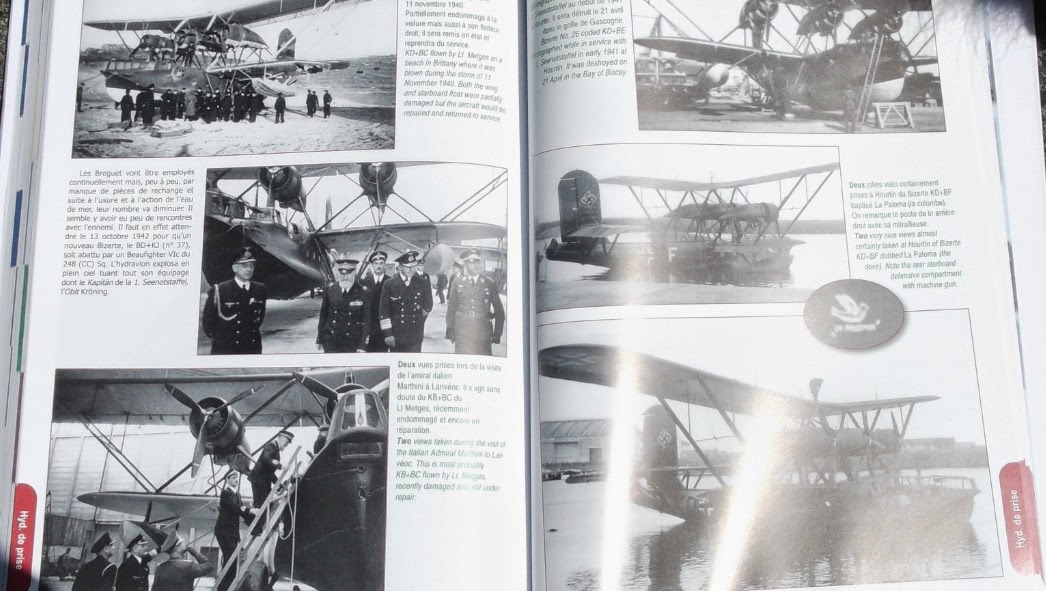 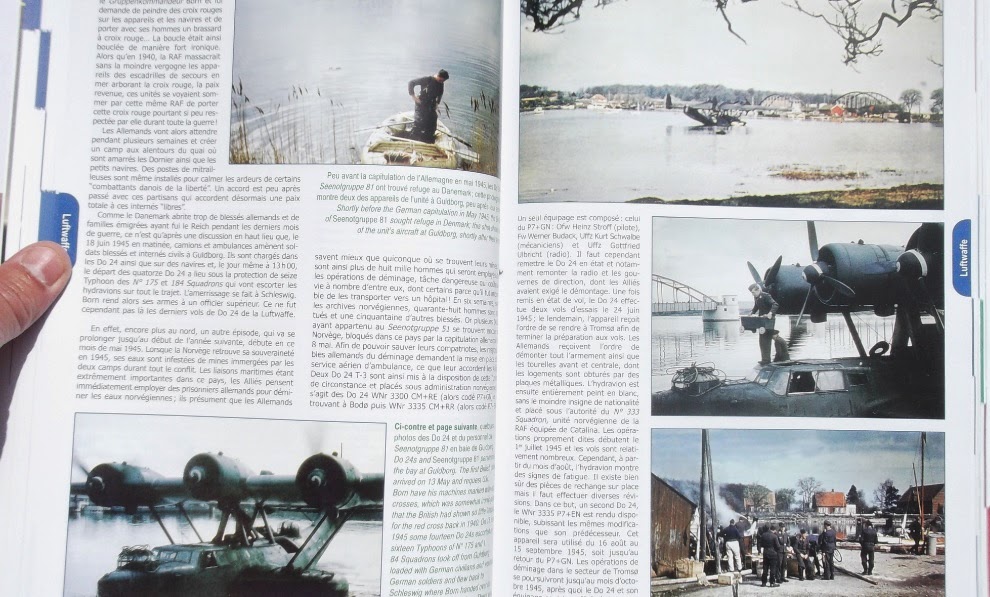 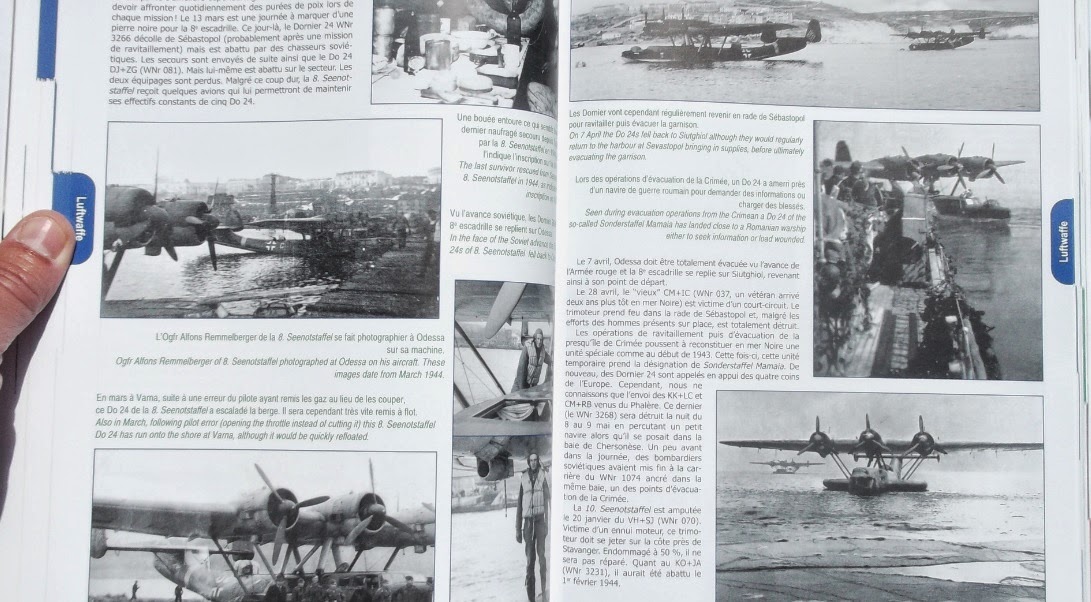 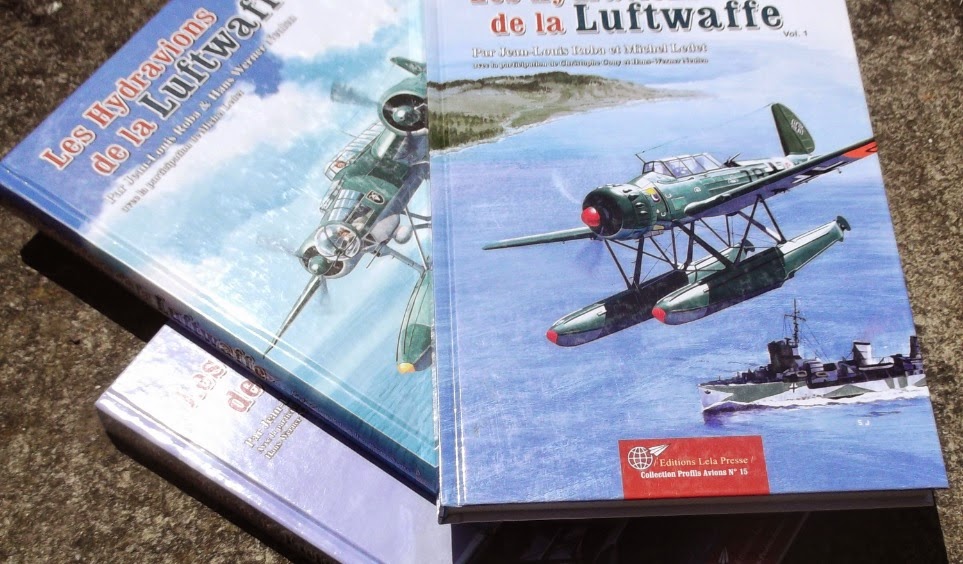 French text, but these volumes represent the most in-depth treatment of the subject in any language. And each volume does contain extended photo captions in English and translated text extracts by this blog author. I feel very proud to have been involved with these books, thanks to the team at LeLa Presse and especially to Jean-Louis Roba, who, when I suggested that Hannibal Gude, Staffelkapitän 8. Seenot, could perhaps be profiled in the book, dug out the following rare image for inclusion.... 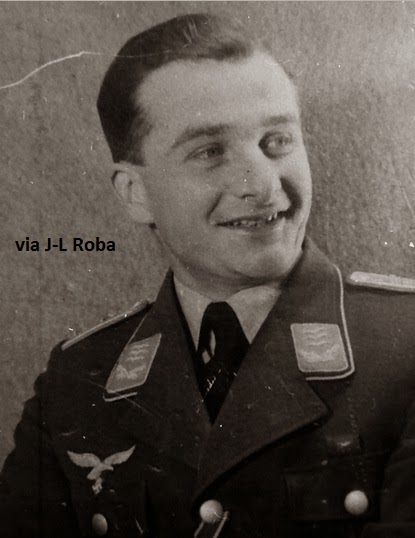 Hptm Hannibal Gude was born in Breslau in 1913 and in 1932 volunteered for the German Navy. When the Nazis came to power he trained as a seaplane pilot. At the start of the war he served in north Germany before taking up a desk position at the German Air Ministry (RLM) for one year. Promoted to the rank of Hptm in June 1942 he was posted to Romania to take up a front command as Kapitän of 8. Seenot operating over the Black Sea;

“ I was surprised at the lack of personnel in this unit which seemed to function in a very adhoc fashion and only had nine aircraft on strength - we were so lacking in airmen that I often flew most sorties, although only at the controls of the He 59 – having spent a year at the RLM I had received no training on the much more modern Do 24 and thus flew on this type only as observer.”

On 01 January 1943 Gude was promoted to Maj. In February 1943 he was appointed Staka 2. Seetransportstaffel Sewastopol (to 03.43).The two Seetransportstaffeln were adhoc transport units set up during February 1943 to fly resupply sorties to the encircled 17. Armee in the Kuban. The aircraft often returned to Sevastopol fully loaded with wounded soldiers. Encounters with Soviet fighters or MBR seaplanes were fortunately rare and no losses in combat were recorded.

Elsewhere, this selection of seaplanes and French types currently on offer on ebay.de from Manuel Rauh (engelbubu photos) here 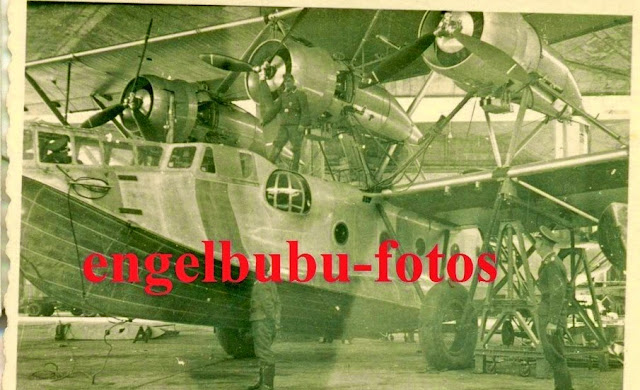 Above; good view of the rather ungainly "nose" of a Breguet 521 Bizerte - a feature which proved very useful for observation tasks while the aircraft was in flight. Note the defensive position to the right of the cockpit. The machine is no longer wearing its French livery but has yet to receive Luftwaffe markings. a task that was hurriedly accomplished as the Germans had an urgent requirement for air-sea rescue seaplanes along the French Atlantic and Channel coastlines. Bizerte seaplanes were sold to the Germans by the Vichy government during the summer of 1940.

The first loss of a Bizerte was SG+FM (N° 11), launched on 16 November 1940 to look for the crew of a KG 100 He 111 and intercepted and shot down by a N° 236 (Coastal Command) Squadron Blenheim.
As of April 1944 the Luftwaffe Seenot Staffeln had just five Bizertes on strength, two with 3. Seenot at Berre (N° 20 and ??) and three with 1. Seenotstaffel (N° 3, 4 and 36) at Biscarosse. With the Allied landings in Provence during August 1944, both Staffeln were ordered back to Germany. At least one of these machines (N° 4) remained in France to be incorporated back into the French naval air arm with 30S post-war.

Unfortunately I have no info on the locations in the images below. Bizerte flying boats were based in Hourtin (Atlantic coast, north of Bordeaux) and Brest among others. It was in Hourtin that Leutnante Klingspor and Unterhorst first arrived on 30 July 1940 with two crews to take possession of Bizertes N° 11 and 34 abandoned on 18 June. Both machines were repainted in German colours and flew into Lanvéoc-Poulmic (Brest, southern Brittany) on 7 August 1940 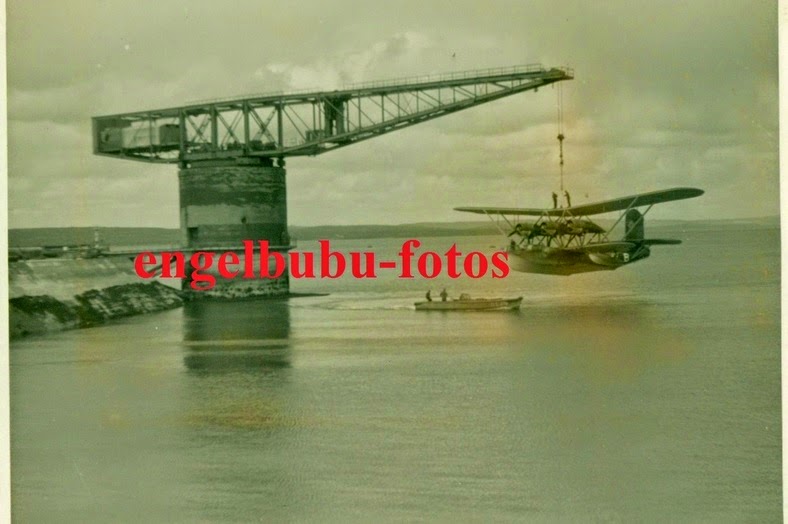 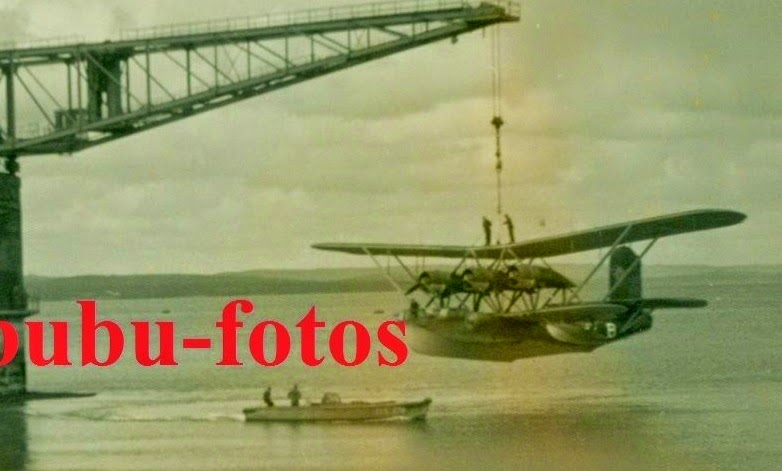 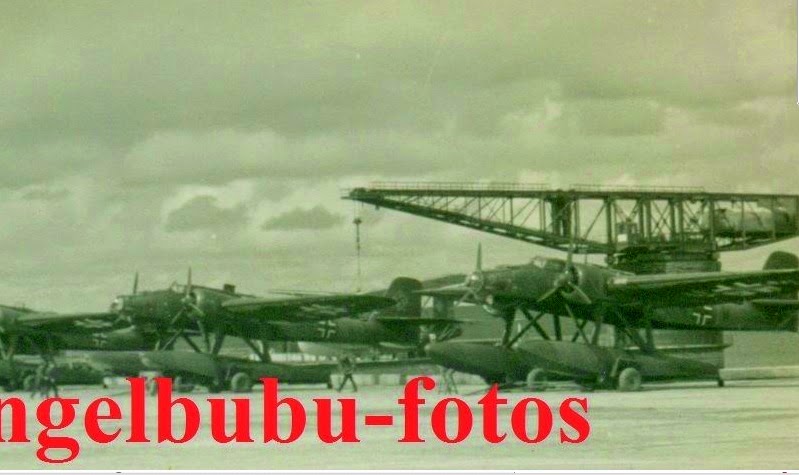 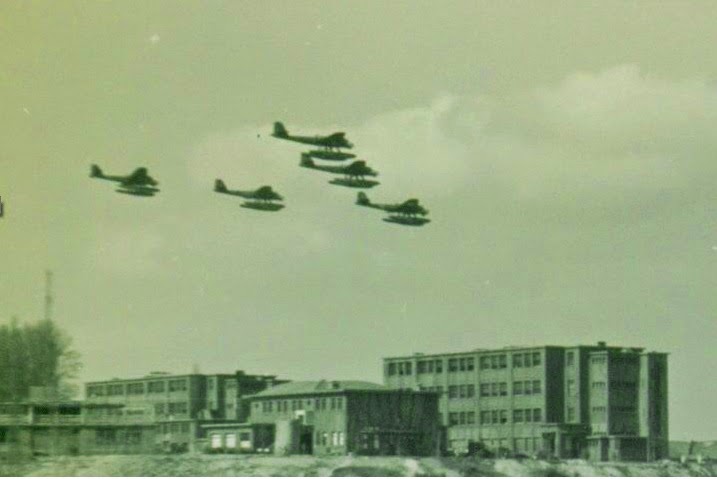 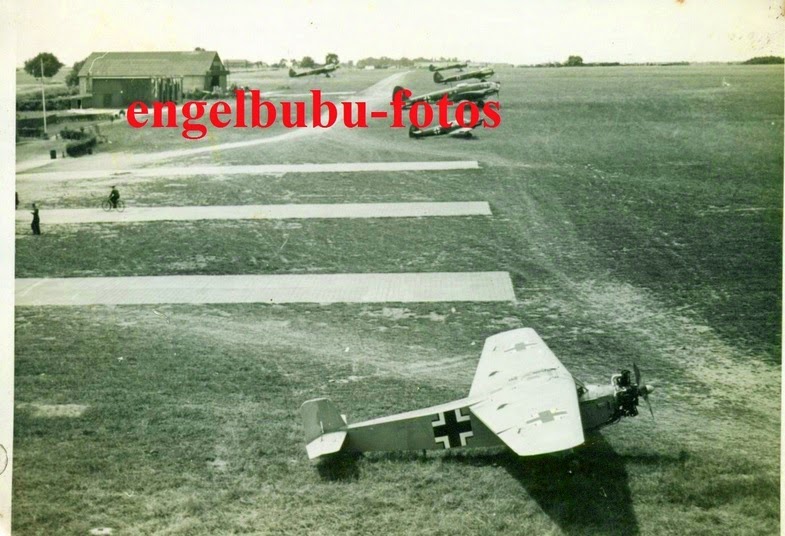