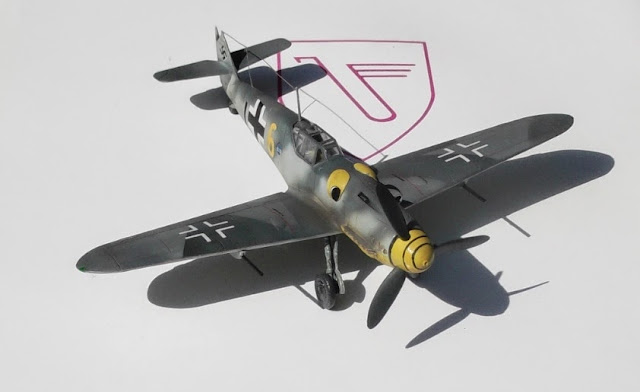 While I don't have a lot of time for blogging at the moment, I must mention a couple of recently released Bf 109 kits. I am just in the process of finishing the nicely-detailed AZ Bf 109 G-6 "Jagdgeschwader 3 Udet" limited edition boxing of their new-tool 1:72 nd scale kit as Ofw. Alfred Surau's 9./ JG 3 machine (before hopefully making a start on the Revell 32nd and Eduard 48th G-6s in this same scheme..).

This aircraft is fitted with the underwing Rüstsatz VI gondola cannon kit which consisted of two 20 mm Mauser MG 151/20 underwing gunpods with 135 rpg. Note also the tall antenna mast - the loop for the DF set, or Peilrufgerät - as depicted on the AZ box art below - started to appear from the summer of 1943 and features on the aircraft flown by the Staffelkapitäne of III./JG 3 (Lemke, Bitsch) - but not Surau's for obvious reasons. Surau's machine does however sport the elaborate eye markings on the cannon bulges. During the summer of 1943 Alfred Surau was briefly one of the most effective aces in 9. Staffel. He scored his first victory on 28 February 1943, while flying on the Russian front. When III./JG 3 was transferred to the Western Front his claims had reached 41 in just six months. The skilled veterans of III./ JG 3's Eastern Front campaign had been rushed back to the West by a Luftwaffe leadership nervous at the ever-growing strength of the US 8th AF build-up in the UK, potentially threatening German cities and industry on a daily basis. While the Bf 109 G-6 was not the most effective machine for tackling heavy bombers it was still a capable enough interceptor, especially as the Americans as yet had no long-range escorts. Surau's run of success was not to last though. On 14 October 1943 return fire from a B 17 fatally injured him. He bailed out but died of his injuries later that day. As was Luftwaffe practise this last 'victory' was 'officially' confirmed. He had been awarded a DKiG - usual precursor to the RK - during September. 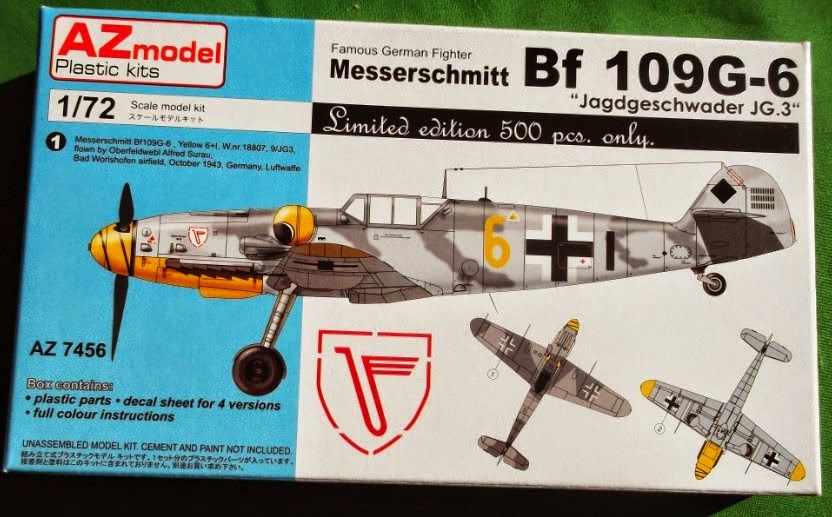 Above; profile artwork courtesy Vincent Dhorne via " Le Fana de l'Aviation ". There seems to be a consensus on the yellow wing-tips. From the "banded" scheme this should be a MTT Regensburg aircraft. See Anders Hjortsberg's blog here for an explanation of the relationship between manufacturing installation and camouflage finish; how identifying which factory an aircraft stems from will help pick the correct camouflage pattern for the wings, something that model companies as well as decal companies constantly get incorrect. As usual you can click on the images to get in closer.. 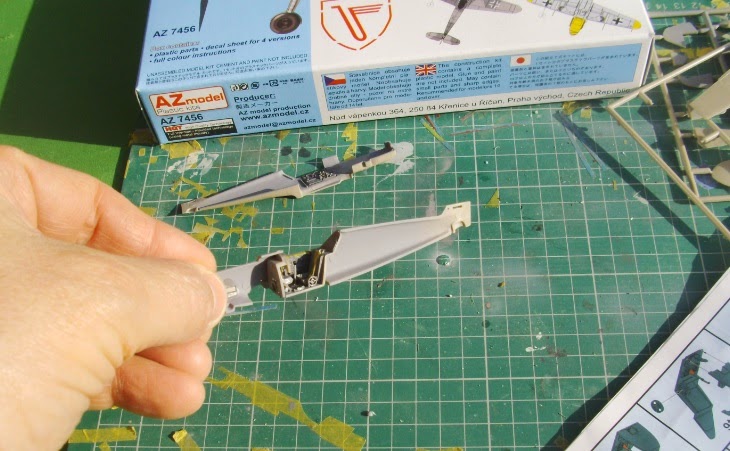 I first looked at this AZ kit back in March at this link where I have also posted views of the sprues and the instruction sheet - there are a lot of detail parts and options, including different tail wheels, props, rudder/tailplanes etc etc. I noticed some comment about the length of the nose and its lack of bulk, but under a few coats of paint it does not look too bad at all in my view..I just need to add the pitot to the port wingtip and its done.. 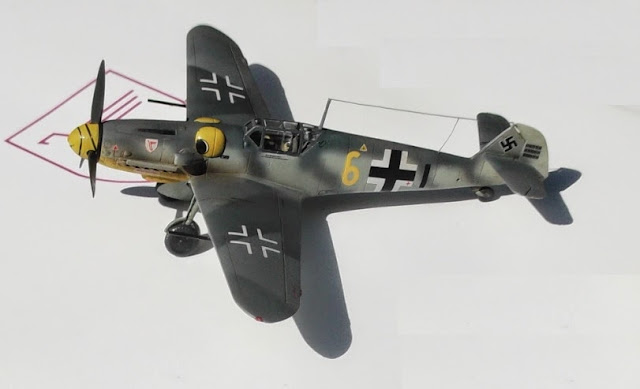 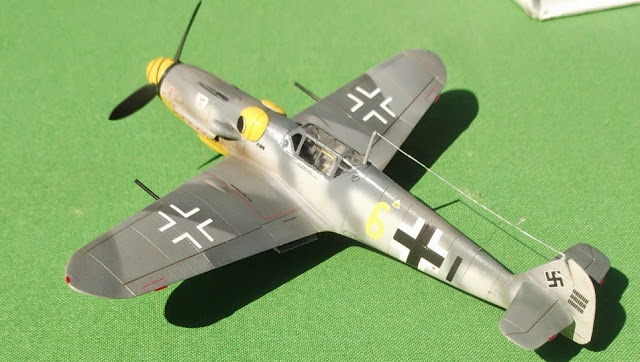 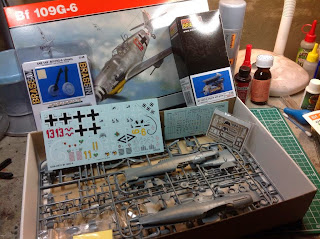 As already mentioned, Surau's "Gelbe 6" G-6 is also a markings option in the brand-new Eduard Bf 109 G-6. I've got the Profipack on order along with some overtrees (kit minus decals, etch etc) direct from the Eduard site and down-loaded their free 'Eduard Info' magazine in pdf format compiled by Jan Zdiarsky.

This and the following pics are from Guy in Brighton who has already made a start on his kit;

" I've been struck down recently with a case of lack of modelling mojo - don't know why, I've started a few kits then just lose steam halfway through. In an effort to overcome it I've splashed out on the super-duper new Eduard kit - it's an absolute cracker. The finesse of the mouldings is as good as I've seen. I've got the engine kit too - this is awesome! Huge amount of resin/PE - well worth the money. I'll probably get the resin cannons too and maybe a Montex set of markings..Hopefully I'll get stuck into it shortly, but I won't be rushing..." 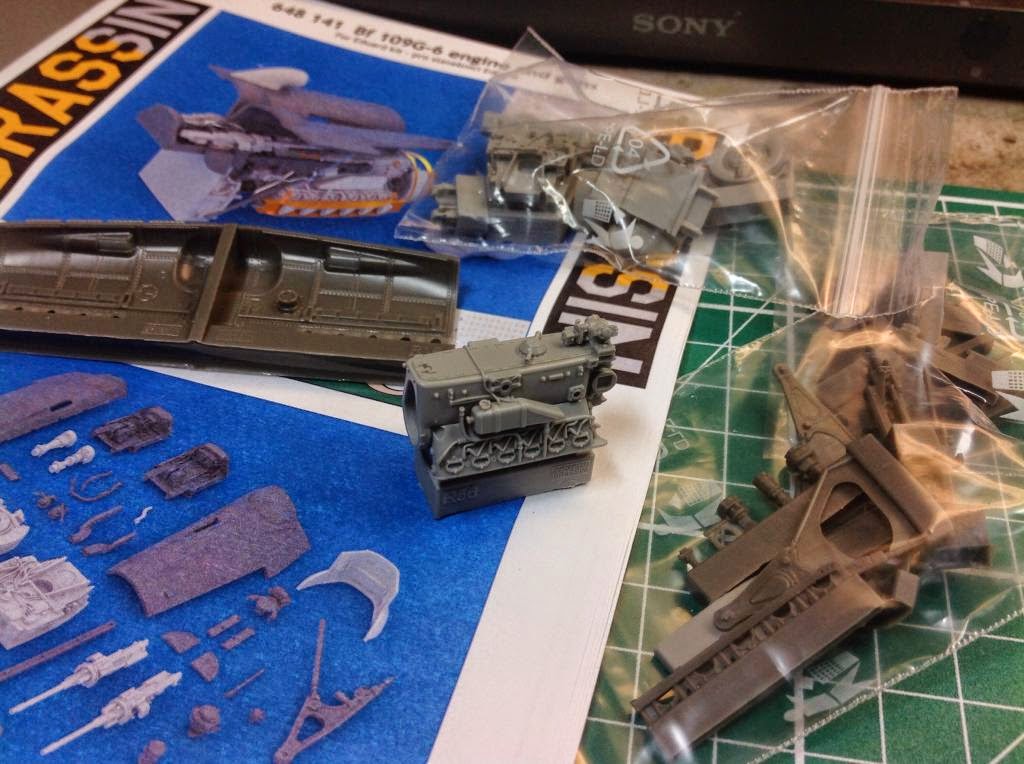 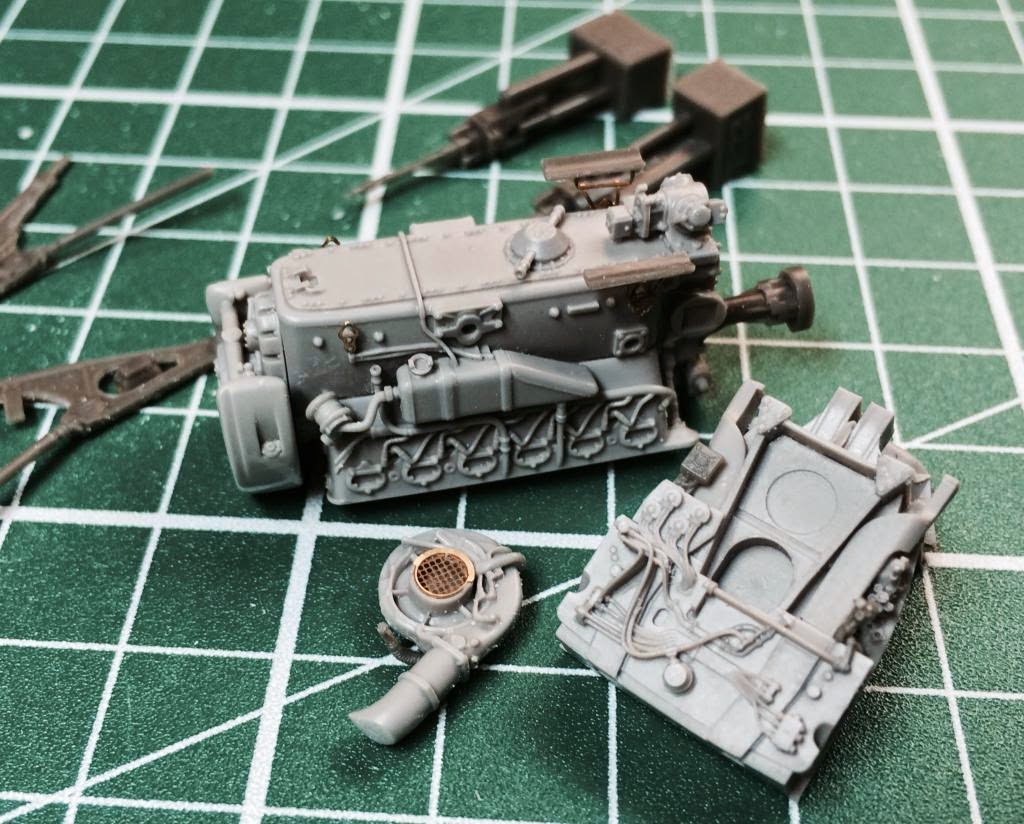 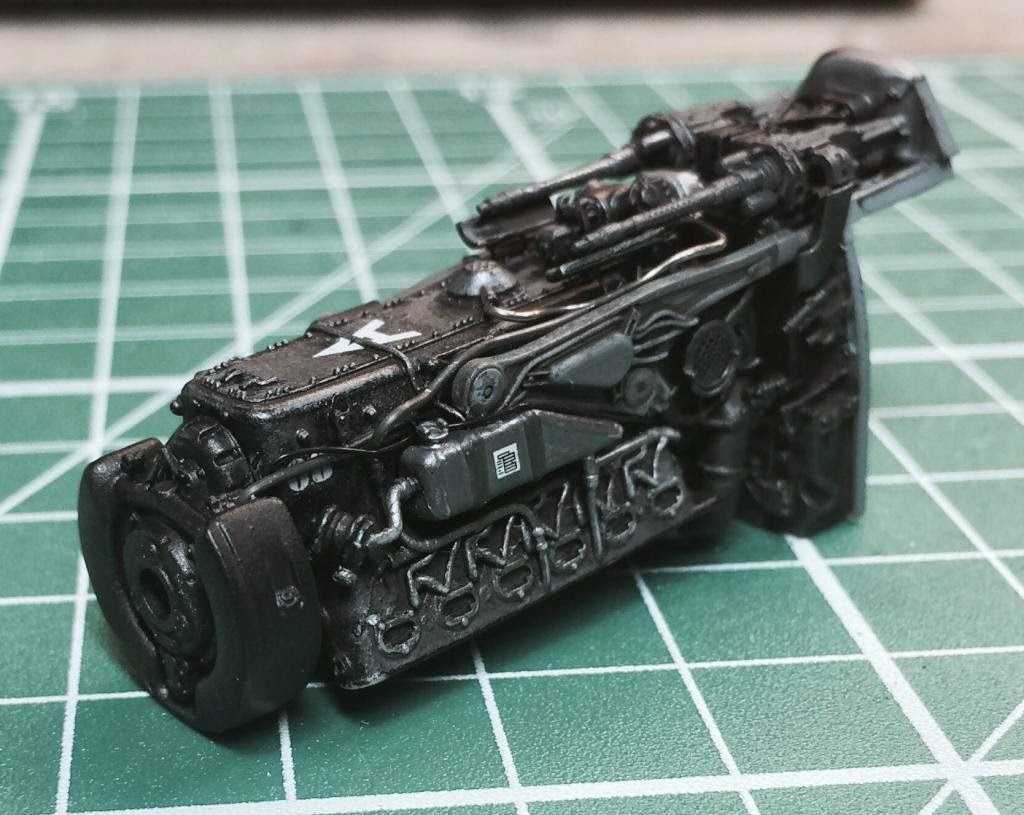