This nice colour photo was offered as a wall poster in the centre pages of the November 2010 issue of the leading German aviation magazine "Flugzeug Classic" and depicts an early JG 51 Fw 190 A-3 'black 2'  with what appears to be a red lower engine cowl. Click on the image to see the full view. Since there is plenty of yellow in the image it would appear to be rather hard to argue that the 'red' cowl was as a result of some sort of colour shift... wouldn't it ? 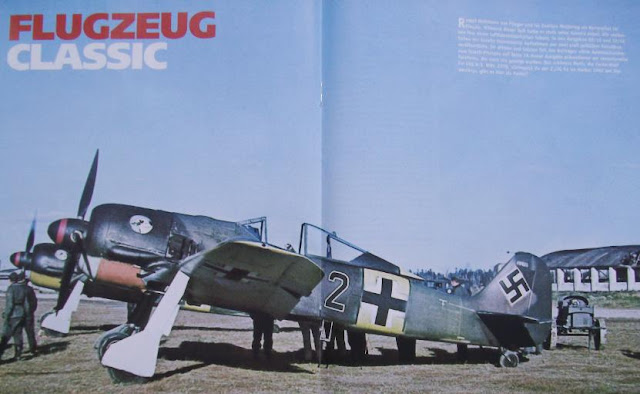 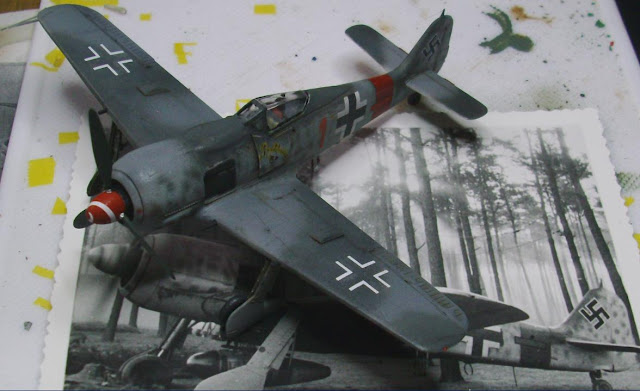 Recently completed Revell 1:72 scale A-8 as Bretschneider's Sturmbock with the addition of armoured cockpit side panels and faired-in upper cowl MGs
Posted by FalkeEins at 12:42