Special Hobby have released a new Me 209 kit. While I haven't seen it, it does look very similar to the 'old' Huma kit, even down to the lack of cockpit detail and the rather thick single-piece canopy. None of the control surfaces are provided as separate parts. SH do provide separate exhaust inserts which were not present on the Huma model.. 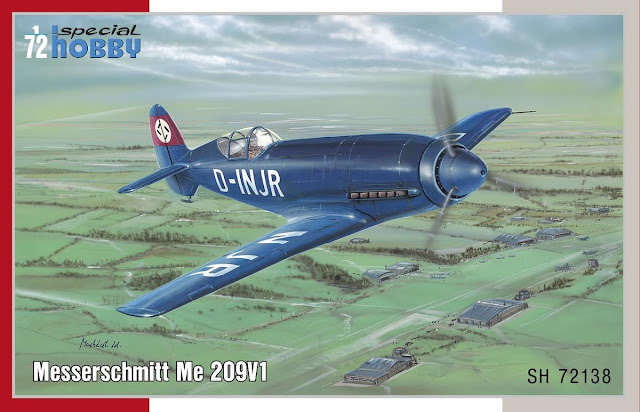 More on the Special hobby blog here
Below; my build of the Huma kit; 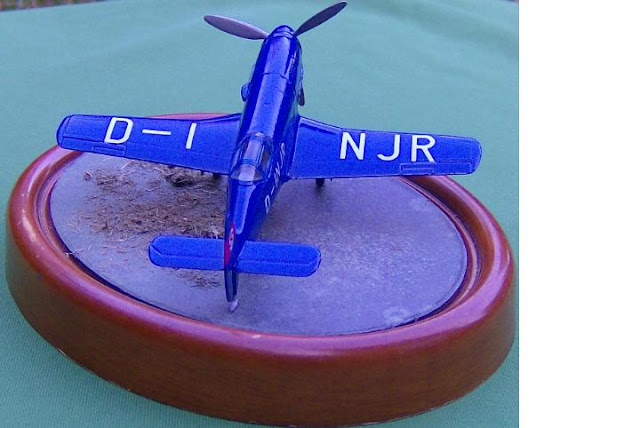 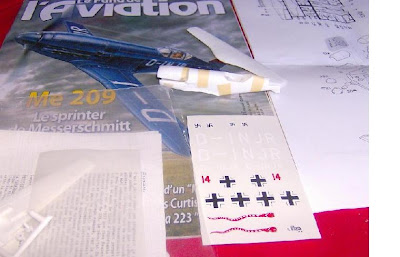 Continuing my on-going series of ‘Luftwaffe’ types that can be easily finished without an airbrush, this my Huma Me 209....piston-engine speed record holder until the late '60s when it was overtaken by a modified Bearcat. The 209 was apparently an evil little aircraft which featured an incredibly small wing (and horrendously high loading) and a ‘novel’ cooling system dispensing with radiators to reduce drag - hot coolant was evaporated via holes in the wing so that the machine left a trail of steam behind it. Engine life was pretty short as the 200 gallons of coolant "evaporated" in 30 mins...

Like all Huma kits this is reasonably molded if a little tricky to assemble. The cockpit was bare so I've put a bit of 109 etch in, not that any of it can be seen. Fit is not brilliant overall, but you do get two sets of wings and two cowls in the kit (for the V1 and the 'military version ', the V4). Finished appropriately enough with a BMW blue automotive paint rattle can for a super glossy smooth finish.. 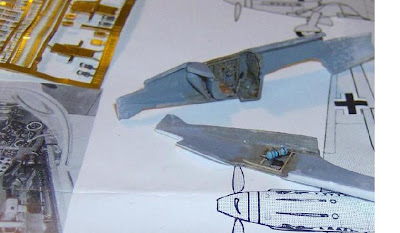 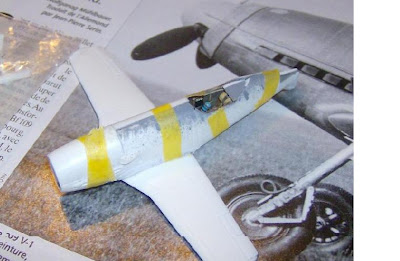 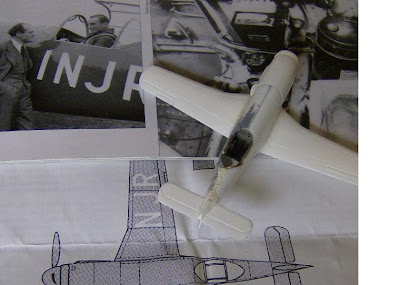 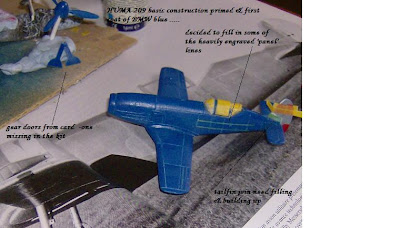 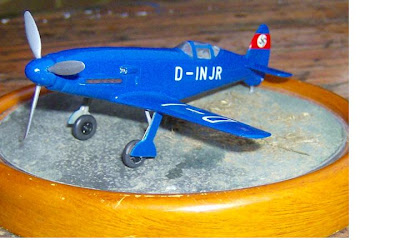